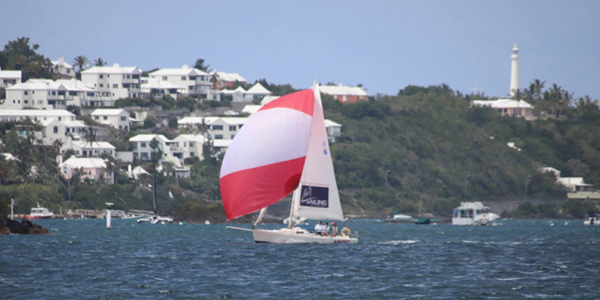 A spokesperson said: “The annual Heineken Round the Islands race is a favorite local sailing event. This year we saw a great mix of sailors of all ages in boats ranging from 12ft to over 40ft, all enjoying a fun race around the islands of Hamilton Harbor and the Great Sound. Glorious winds of 12 to 16 knots from the southwest allowed most boats to complete the course in less than an hour and a half. We are really happy to have the continued support of main sponsor, Heineken and Burrows Lightbourn Ltd.

“In class 1 [Dinghies]Christian Ebbin and new crew, PJ Rodrigues won their division on Julia Lines, who suffered an equipment failure in their Sunfish.

“In class 2 [Keelboats]Craig Davis and his family crew aboard “Vrengen” won Class 2 [Keelboats] and the overall trophy for their victory over their rival International One Design, “Solna”, sailed by Martin Siese.

“In class 3 [Classics]Josh Greenslade and his crew aboard “Dancer” edged out the new entry, “Magic” sailed by Hugo Berney and his crew.

“The top 3 boats based on handicap were:

Category: All the sports