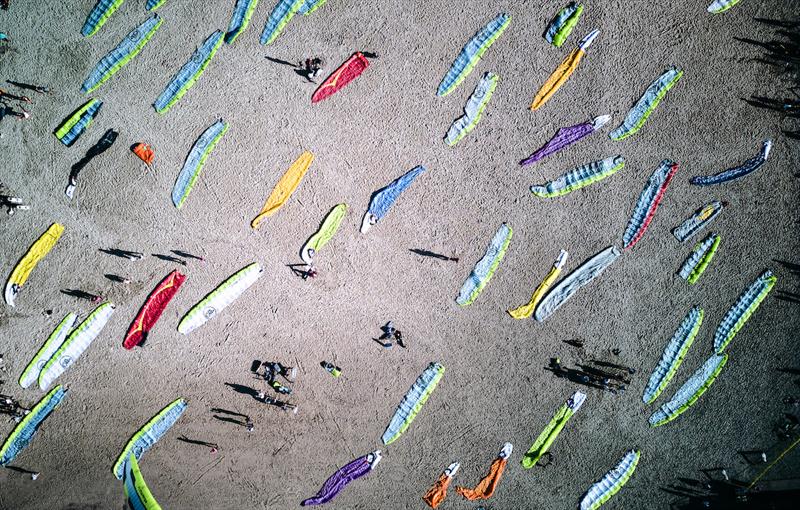 Thunder, lightning, rain and lack of wind all combined to prevent any racing from taking place on day two of the 2022 Formula Kite World Championships in Cagliari, Sardinia.

Instead, the 150 riders from 44 countries will have to contest the end of the qualifying phase of the competition on Thursday, when the sun and the wind should be much more favorable to the kite.

No day at a world championship should ever be wasted, and for coaches there are still opportunities to make gains with their athletes even on a non-race day. There are big names from other parts of the sport in Cagliari looking to help kitesurfers get to grips with the rigors of Olympic campaigning. Among the many experts working ashore and in the coach boats are (in no particular order):

Morrison, who is also a TV commentator on the SailGP circuit, works with British racer Ellie Aldridge.

“Racing with kites is still racing with sailboats,” Morrison said. “It’s high speed decision making, a bit like in single sculls like the 49er where I’m from, but obviously a bit faster, sometimes not that far off SailGP speed. Whatever you’re sailing, some campaign principles are the same, that’s why you see a lot of knowledge coming from other parts of the sport in the kite fleet. And we learn a lot from the kite athletes as well!”

Robbie Naismith is in Cagliari with his son Lochy taking part in his first Formula Kite World Championship. “I didn’t like sailing much when I was little,” Lochy said, “I saw the kites and that’s what I wanted to do.”


“I would have done the same!”

Asked if he regretted that his son hadn’t followed in his father’s professional footsteps in more conventional sailing, Robbie replied: “Not at all! If kitefoil had existed when I had the Lochy’s age I probably would have done the same as him When I raced big keelboats in the America’s Cup 30 years ago they were the pinnacle of the sport but now those foiling machines are the pinnacle of the sport today. What Lochy and these kiters are doing has a lot of similarities to what we see on the America’s Cup and SailGP circuits.”

Racing continues at 12 p.m. local time on Wednesday, with the 150 competitors continuing their battles in the qualifying fleets. Friday sees the fleet revamped into gold, silver and bronze, when the final three days of Worlds will be streamed live on YouTube and Facebook.

To find out more about the event: www.formulakite.org