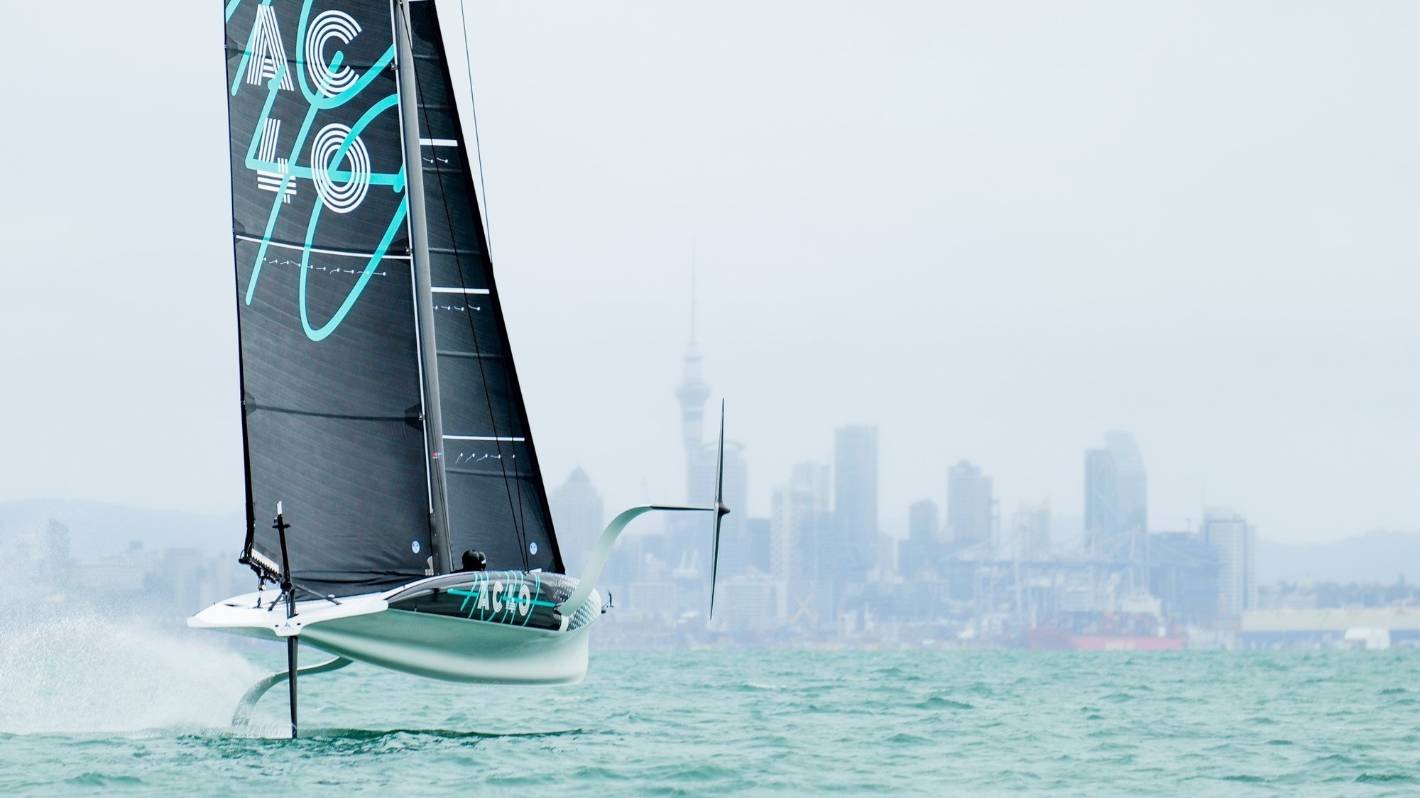 New Zealand Team star Blair Tuke has given the new America’s Cup test boat a huge boost after its first outing on the AC40.

Tuke and his good friend Peter Burling jumped out of a plane from Europe where they kicked off their SailGP campaign with astonishing results to jump on the AC40 and take it out for a demanding test session in Waitemata Harbour.

They transitioned from SailGP’s F50 catamarans to America’s Cup foiling monohulls with ease, delighted with the performance of the half-scale AC40 as they reached speeds in excess of 30 knots.

“It was pretty epic. It’s an awesome package,” Tuke told the America’s Cup reconnaissance team as he watched their every move.

“It was good testing and we learned a lot. We were pushing it in fast mode today. It’s a brilliant package and with a little more refinement it will be a great boat for the America’s Cup young people and women and so that the teams can do their tests.

Tuke noted that they had benefited from the commissioning work that their Team New Zealand teammates Nathan Outteridge, Ray Davies, Sam Meech and Ray Davies undertook last week as the search for the true potential of the one-class design continues.

They shared the four-seater boat with Outteridge and Meech and a lot of their focus was really pushing the autopilot flight control system through some lumpy conditions, eager to see how it would react in the waves.

They made 13 tacts and nine jibes with just one splashdown.

“We’re still working on autopilot, so we tried to find a few other ways to test it,” Tuke explained.

“We hid behind a few more waves, but that didn’t do anything. [nosedive]so we went up to Shark Alley, and the waves lined up for us, which was intentional.

“We learned a lot today and tested the improvements from the previous days.

“Just three days and being able to push like this is pretty cool.”

Burling and Tuke now have a decent break from SailGP to delve into Team New Zealand’s rapidly building cup schedule. The next SailGP regatta is only November 12-14 in Dubai and this will also free up other key New Zealand team sailors Andy Maloney and Josh Junior.

Team New Zealand will continue to push the limits of the AC40’s one-design mode, but will also be eager to explore its potential as a test boat for its new AC75 which will be used in the America’s Cup defense at Barcelona in 2024.

Cup teams have the option of using different foils, sails and rigs on the AC40 to aid in the design and development of their large scale boats for Barcelona.