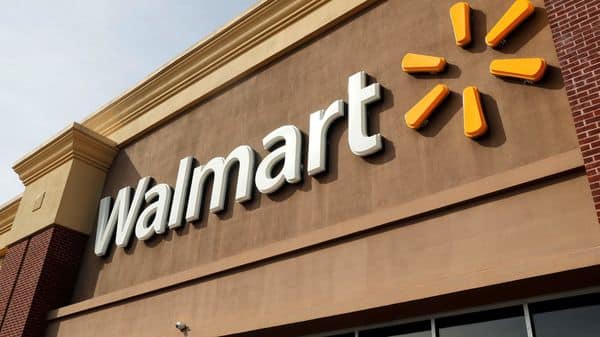 Port delays, Covid-19 outbreaks and labor shortages have plagued the flow of product between Asia and North America, threatening the supply of everything from holiday decorations to toys appliances and furniture. It takes around 80 days to move goods across the Pacific, twice as long as before the pandemic, retail and shipping officials said.

Walmart Inc., Home Depot Inc., Costco Wholesale Corp. and Target Corp. — some of America’s largest retailers by revenue — are among the companies paying for their own chartered vessels as part of larger plans to mitigate disruption, an expensive and unattainable option for the United States. most businesses. Some chains pass on these additional costs by raising prices for buyers.

The chartered vessels are smaller than those operated by companies like Maersk and carry only a small portion of total imports, the executives said. According to freight forwarders, ships that can hold around 1,000 containers are on average almost twice as expensive as the cost of transporting goods on a typical 20,000 container ship.

But charters provide a way for large retailers to bypass bottlenecks at ports like Los Angeles, redirecting cargo to less congested docks like Portland, Oregon, Oakland, California or the East Coast. It could also help retailers ensure that key products like electronics and home decor arrive for the holiday season.

Ship brokers have said small vessels chartered for point-to-point voyages now earn around $ 140,000 a day, several times more than before the pandemic, when such crossings were rare due to the high cost. “They at least know that inventory will arrive in time for the Christmas rush,” said Vicky Zervou, sales manager at Athens-based freight forwarder Aritrans SA.

In May, Home Depot executives were looking for new ways to move goods in a timely manner when they came up with the idea of ​​chartering their own vessel, something the company had never done before. “It almost started, I think as a joke,” said Sarah Galica, vice president of transportation at Home Depot. “Let’s just charter a ship.”

Products arriving on chartered vessels make up a small percentage of Home Depot’s overall import volume, she said, but this change allows the company to have more control over when products arrive in stores. stores and prioritize the most demanded products. For Home Depot, charters carry plumbing supplies, power tools, Christmas decorations, heaters, and other items.

Richard Galanti, chief financial officer of Costco, said the retailer has chartered three ships, each capable of carrying around 1,000 containers, to move goods between Asia and North America. Each ship will make up to 10 deliveries for Costco over the next year. These ships will account for less than 20% of the warehouse retailer’s import volume from Asia next year, he said.

Charters are more expensive than shipping through typical Costco carriers, said Mr. Galanti, but give us “a certain amount of our total that we control.” faces port congestion and cannot unload its cargo. Costco also wants to prioritize seasonal cargo that needs to sell out at a specific time of year, he said.

Walmart, the nation’s largest retailer with more than $ 500 billion in annual revenue, chartered its own ships before this year, having used this strategy during the Port of Los Angeles strikes in 2012.

The ships give Walmart visibility into arrival times and freight prices, a spokesperson said. Due to congestion at the ports of Los Angeles, Houston and Savannah, Ga., Some charter vessels are being diverted to smaller, less busy ports, such as Mobile, Alabama, the spokesperson said. In recent weeks, Walmart has also sent its own employees to congested ports to facilitate landings, he said.

Chartering ships is a tactic beyond financial reach for small retailers, giving larger companies a potential advantage in the months to come.

Podzly LLC, a little Papillion, Neb., A party supplies retailer that sells online, has about half the inventory it would like due to shipping delays, which is slashing revenue, said the founder Jeremy Podliska. The company pays around 55% more for the products it receives compared to 2019, he said, often broken down into small amounts that arrive piecemeal. Chartering a dedicated ship or plane is “just not an option for us” as a small business, Podliska said.

Two years ago, the company sold a 12-pack sombrero party hats for around $ 32, Podliska said. Today, the same pack is priced at $ 52, he said, and the price will likely rise more as it sells thanks to new inventory coming in with higher shipping costs. He hopes buyers will bear the increases, he said.

“I guess there’s a limit to how much you can charge for a sombrero,” he said.

Meanwhile, delays at major US ports continue to intensify. More than 60 boxships were expected to arrive at ports in Los Angeles and Long Beach recently, according to the Marine Exchange of Southern California, up from around 25 a month earlier. Safeguards are also spreading to ports on the east coast.

At Dollar Tree Inc., scheduled ocean carriers are meeting about 60% of their contractual commitments with the discount retailer, chief executive Michael Witynski said in September.

The 16,000-store company is securing dedicated space on chartered vessels for the first time, Witynski said, including a large vessel under contract for three years. Dollar Tree aims to add more charters this year, he said, as well as source more domestic and international products that don’t depend on transpacific routes. It also adds more expensive products to its stores, as transportation and other costs increase.

Freight forwarders said Covid-19 disruptions still haunt major ports and the large ships that use them. They said it was common for a large freighter carrying empty containers from Europe to be held up for a week outside of Shanghai, while the crew were tested for the virus.

Capital Maritime Group, which operates 108 vessels of all types, had a client chartered a 2,000-container vessel to transport furniture and sportswear from China to Liverpool, England, said Evangelos Marinakis, chairman of the based company. Athens.

Moving a container across the Pacific on a chartered vessel costs almost twice as much as shipping via large freighters, which was $ 16,750 per 40-foot container last week, compared to about $ 5,000 at the same time last year, according to the Freightos Baltic Index.

Freight rates remain high “but they have stabilized and we don’t expect another peak,” said Jonathan Roach, container shipping analyst at London-based Braemar ACM Shipbroking. “Supply chains are always shaken up, but next year it may not make sense for Targets and Dollar Trees to continue using private charters.”

This story was posted from a feed with no text editing

* Thank you for subscribing to our newsletter.