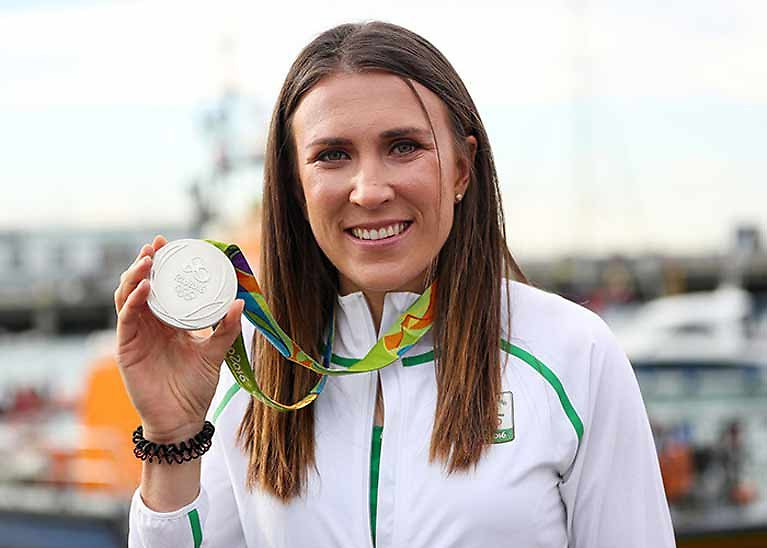 Sailing’s Annalize Murphy and rowing’s Claire Lambe and Sanita Purspure are among an impressive list of thirteen candidates in ten sports who have been nominated to stand for election to the Olympic Federation of Ireland Athletes’ Commission .

The recruitment process opened for the 2022-2024 term before Christmas and Olympians from any of the last four Olympic cycles, winter or summer, were invited to apply for a position on the commission. which acts as the voice of the athlete for Irish Olympic athletes. Voting opened on January 11 and will end at 1 p.m. on January 16, 2022.

Candidates initially had to complete a form outlining their goals and objectives if elected to the OFI Athletes’ Commission and had to be endorsed by either their national federation or three Olympians. Outlining a range of goals for high caliber candidates running for office among their athlete-focused goals, such as improving athlete welfare, mental health, education and athlete support.

Candidates for the Athletes’ Commission of the Olympic Federation of Ireland

The current Athletes’ Commission was established in June 2017, with the aim of ensuring that the voice of the athlete is heard at all levels of Olympic sport in Ireland. Their strategy outlines a vision for Ireland to be the best country in the world to be an Olympian or budding Olympian.

Seven people will be elected from the list of candidates, with Shane O’Connor reputedly selected to the Athletes’ Commission, being an automatic selection as the only winter sports nomination. Both genders will be represented in accordance with OFI’s gender balance policy of 40%. Successful members will be elected to the OFI Athletes’ Commission and will serve until the end of 2024.

If an Irish Olympian has not received an email with a password, please contact Heather Boyle [email protected] with their name, their e-mail address, the Games in which they participated.

An interview with Martin Kullman on The Southernmost Regatta