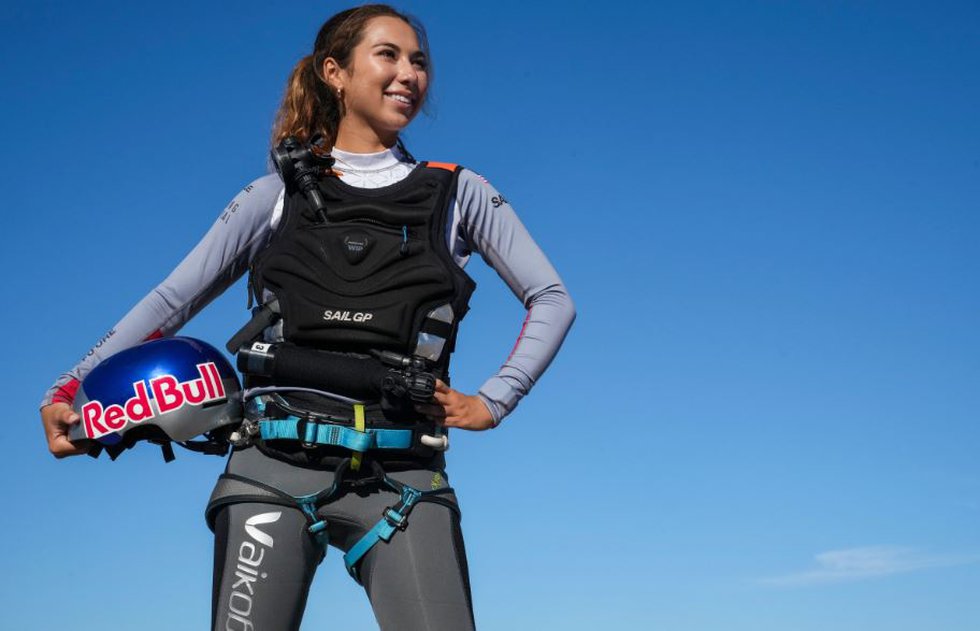 At just 18, this Hawaiian sailor secures a place in catamaran racing history

It’s quite astonishing considering that she started sailing just five years ago, when her parents enrolled her in a sailing camp.

“I think at first I really liked the freedom it gave me, and I liked the speed the boats were going,” she said.

The hydrofoil sailing career of the Punahou graduate is on a fast track. She is the first woman to be part of Team USA’s professional SailGP team and the first to compete in the World Sailing Championship.

“I knew I had the foil experience, and I also had a few championship titles to support me, so I put my name in there. I’m really happy I did it because I was selected, ”she said.

The Grand Prix of Sailing is the major league in hydrofoil racing. The catamarans sit high on foils and fly over the ocean, reaching speeds of up to 60 mph.

His job is to be the eyes and ears of the team.

“When you are driving at full speed and the water is splashing on you, it looks like a fire hose,” she said.

CJ is also the first Latina woman in the professional ranks. At 18, she is the youngest sailor to ever join the American team.

” I like this sport. Being a part of SailGP is a breathtaking experience, ”she said.

The team have just competed in Spain and are ranked second in the world, with a good chance for the $ 1 million grand prize next year in San Francisco.

CJ can’t wait to get back on the water.

“I am very grateful to have received this platform where I can not only represent the United States team but also Hawaii on such a global scale,” she said.

In case you were wondering, CJ stands for Catherine Jean. In the ultra-competitive world of SailGP and in a very short period of time, she has made a name for herself.