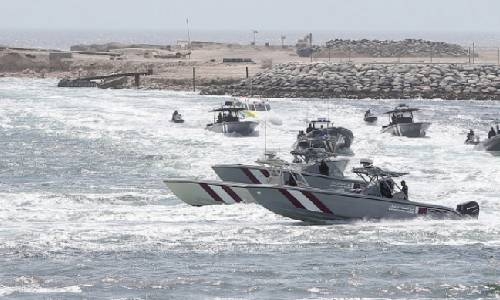 Bahrain is pursuing legal measures to secure the rights of the six sailors who were on board a vessel seized by Qatar’s Coastal and Border Security Patrols.

“What happened is a violation of the principles of Gulf brotherhood and good neighborliness,” the Interior Ministry said in a late night statement Thursday. Qatar’s actions “under the guise of violating its territorial waters” violate “all human values, customs and traditions of the Gulf, as well as Arab and Islamic charters”, the statement said.

Qatari intransigence and insistence on targeting Bahraini sailors and fishermen violates a more than 200-year-old tradition of allowing the people of the Arabian Gulf to hunt pearls and fish without restrictions or threats as our fathers and grandfathers practiced. , the ministry said.

Qatari forces arrested two Bahraini sailors and four Asian sailors and on Wednesday seized two boats accused of encroaching on Qatari waters to fish. The actions, the ministry said, also represent a clear violation of Gulf citizenship rights affirmed by the statute of the Cooperation Council for Arab States of the Gulf and relevant Gulf agreements.

The Ministry of Interior said that the Ministry, in coordination with the Ministry of Foreign Affairs, is pursuing legal measures to preserve the rights of fishermen and seafarers, within the framework of guaranteeing the security, freedoms and the security of citizens and the protection of their interests.

However, this is not the first time that the Qatari coastguard has targeted Bahraini fishermen. In October last year, Qatari authorities intercepted and seized a Bahraini boat accused of violating territorial waters.

Two Asian nationals were on board the seized vessel. Previously, in November 2020, Qatari Coastguard vessels intercepted two Bahraini Coastguard vessels carrying out a maritime exercise. At the time, Bahrain’s interior ministry said it would report the incident to the Gulf Cooperation Council, of which both states are members, and hoped it would not happen again.

Do you have time to stop in Key West? Here are 12 spots to explore quickly | Culture & Leisure