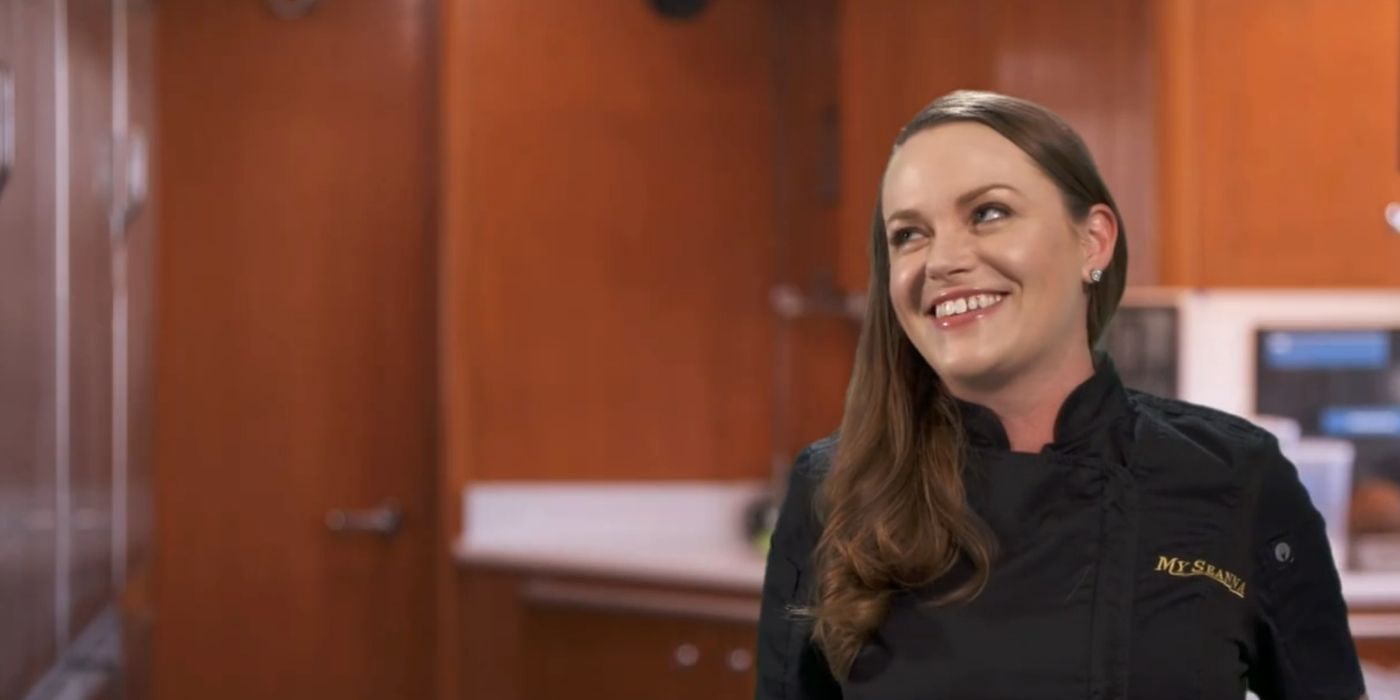 Below Deck Chiefs Who Would Likely Return to the Franchise

Chefs Below Deck come and go in the popular franchise. Many have become familiar faces. Fans would love to see some chefs return.

Chefs are among the most important crew members in the Under the bridge franchise, and there are a few that fans would love to see again. Customers who charter the Under the bridge superyachts expect to receive top notch service, including Michelin star quality meals. Some guests can be picky, which their preference sheets will indicate. Whether they want dairy-free, gluten-free or vegan foods, chefs have to comply.

Often guests invite the captain to dine with them, which puts more pressure on Under the bridge franchise cooks. Although charter guests are the ones who pay for their experiences, the captain will be the one to determine if the food is up to the boat’s standards. Captain Lee Rosbach has been invited to dine with the guests on several occasions, and one of the the most memorable Under the bridge moments was his conversation with The Queen of Versailles star, Jackie Siegel.

VIDEO OF THE DAY

Related: Below Deck: Fan-Favorite Deckhands of All Time

Sometimes the pressure of working on a superyacht proves too much, and Under the bridge the franchise chiefs resigned. Mathew Shea from Under the Mediterranean Bridge season 6 felt overwhelmed and used her injured knee as an excuse to jump ship. Mathew returned, only to step down for the second time after a drama with the crew members. Although Captain Sandy Yawn was willing to replace him, he redeemed himself and stayed until the end. While Mathew was not a Under the Mediterranean Bridge A fan favorite, many viewers have come to respect him as a leader. They wouldn’t mind seeing him back in the franchise.

Rachel Hargrove made history by becoming the first female chef of Under the bridge season 8 and wowed charter guests with her cooking skills. The feisty chef made waves when she cursed a storm after reading a charter guest’s preference sheet, then stormed the boat. Rachel returned the next day with her tail between her legs and worked very hard to prove to Captain Lee and the other crew members that she would not abandon them again. Rachel came back for Under the bridge season 9 with a much softer demeanor, and never lost his temper, even during stressful times in the kitchen. She won the hearts of many Under the bridge viewers and fans would love to see her back on the show.

Kiko Lorran under the Mediterranean Bridge

Fans remember Kiko Lorran as the affable leader of Under the Mediterranean Bridge season 5. While some of his dishes wowed guests, his cooking was inconsistent, and Captain Sandy was unimpressed with his skills. After Kiko missed a Vegas-themed dinner that included nachos and fried chicken, the captain decided to let him go. Kiko, along with chief stew Hannah Ferrier, was devastated by his dismissal. Since filming the show, the Brazilian chef has traveled the world on a catamaran. With more experience working on a boat, maybe Kiko will come back Under the Mediterranean Bridgeand impress Captain Sandy with his newly honed skills.

The first season of Under the bridge below featured a major hiccup, when chef Ryan McKewon proved difficult to live with, while mediocre in the kitchen. He failed to communicate with stew chef Aesha Scott about guests’ meals and refused to accommodate their needs. Under the bridge Franchise captain Jason Chambers ultimately fired Ryan mid-season and brought in chief Nate Post to save the rest of the charters. Luckily, Nate turned out to be a much better leader than Ryan and got along well with the rest of the My Thalassa crew. Nate ended his season with respect from the crew (and Captain Jason), and fans wouldn’t be surprised to see him on Under the bridge below Again.

Next: Under Deck Down Under: Why Fans Love The Second Tumi Mhlongo Stew

90 Day Fiancé: What Happened To The Season 9 Cast This Week (July 4)

Jessica Choi is a Senior Writer for Screen Rant’s Reality TV Department and has been on the team since November 2021. As an avid reality TV watcher, SR gives Jessica a creative outlet to write about all things concerns The Challenge and The Real Housewives. . The Under Deck franchise, Summer House and Vanderpump Rules are also some of Jessica’s favorite shows to watch and she recently had the pleasure of interviewing some of the cast of Southern Charm. A former New Yorker, Jessica is now based in her neighboring state, New Jersey. She graduated from Queens College and holds a BA in English and Elementary Education. As a self-proclaimed word nerd, Jessica’s favorite board games are Scrabble and Scattegories – however, don’t ask her to play Monopoly. When she’s not catching up on the latest reality TV drama, Jessica can be found creating new designs for her Etsy shop or reading dystopian novels.

Upcoming Bismarck road construction that could ruin your day