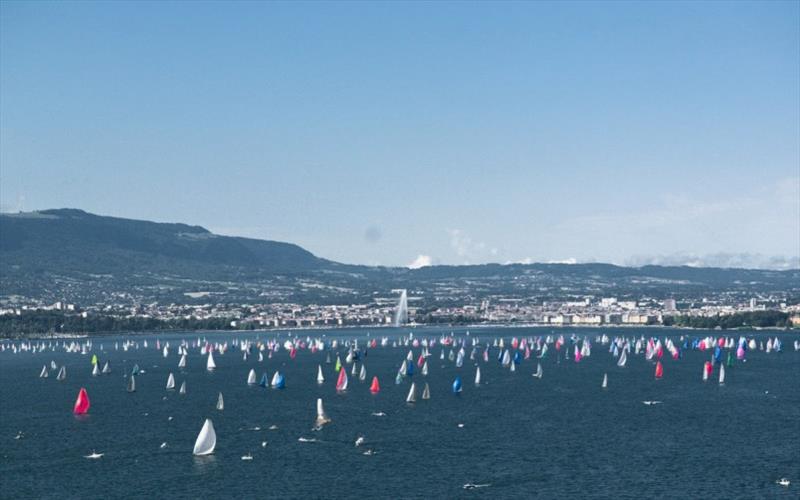 The Bol d’Or Mirabaud is back! For the first time in its history, the biggest lake regatta in the world was canceled last year and it is therefore a huge satisfaction for the entire organizing team and, above all, for the competitors, to be once again just a few hours from the start of the 82nd edition. , which will take place on Saturday June 12 at 10:00 a.m. off the Société Nautique de Genève.

With more than 400 registered sailboats and 2000 crew members, this edition should be memorable. The terrain is extremely rough, with the first appearance of the TF 35 foiling catamarans, as well as many other innovative and spectacular sailboats (see below). But let’s not forget the very many amateurs and competitors who race aboard popular classes such as the Surprises (70 registered) or the Grandes Surprises (40 boats).

“We are really looking forward to welcoming all the competitors, amateurs and professionals, to Lake Geneva this weekend. Although limited to the only race without the usual terrestrial festivities due to the sanitary situation, our event will be the first in Switzerland to welcome as many participants, obviously respecting the safety instructions in force ”, declares Rodolphe Gautier, chairman of the committee. organization. “We worked very hard to achieve this little miracle and I would like to especially thank those who made it possible, starting with the government authorities of the cantons of Geneva and Vaud as well as the prefecture of Haute Savoie, but also the volunteers and members of the organizing committee who worked long hours in a difficult situation. ”

The Société Nautique de Genève will be exceptionally closed to the public this year. Spectators will nevertheless be able to follow the key moments of the race from different points of view around the lake, provided they respect the rules of social distancing. The race will also be broadcast live on various media (see below).

The challenges of the 82nd edition

Beyond the simple fact that it takes place, the Bol d’Or Mirabaud 2021 will be exceptional, serving as the stage for many exciting premieres.

Jean Le Cam, Ambassador BOM21
The famous French skipper, fourth in the last Vendée Globe, will be present at the Société Nautique de Genève from Friday and will actively contribute to the opening ceremony as well as to the other events on the sidelines of the race.

Weather forecast: summer is finally here
MeteoSwiss experts are convinced that a light thermal breeze will prevail on Saturday, followed by a stronger “Bise” on Sunday. Read detailed weather forecasts from MeteoSwiss.

ACVL-SRS Trophy
The ACVL-SRS Trophy rewards the best monohull in corrected time, whatever the size of the boat. The arrival time is multiplied by the coefficient of each boat, allowing “small” boats to compete against the big ones.

The favorites of this Trophy are numerous, such as the Surprises or the 2019 winners podium which included a Modulo 93, a Grand Surprise and a Melges 32.

The Sailing Squad
The Mirabaud Group has developed an innovative web video series, which brings together some of the world’s young hopefuls in regatta sailing – and much more: Sailing Squad!

Do not miss the next episodes, starting on Friday and for a month! Many surprises await you!