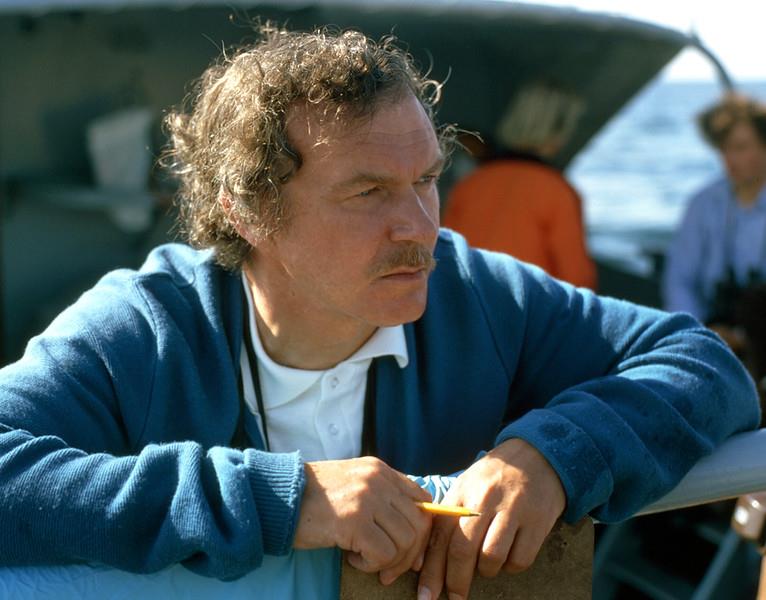 Bruce Kirby, better known as the designer of the Laser, now known as ILCA, has passed away at the age of 92.

He has spent a lifetime in the sport as a sailor at the Olympic level, at the America’s Cup and Admirals Cup levels, as well as being heavily involved in the 14-foot international class at the racing level. teams and the Prince of Wales Cup (fleet race). He has represented Canada at three Olympic regattas.

Kirby started his professional life as a press reporter, which he combined with an interest in designing yachts.

He became a sailing journalist, becoming editor-in-chief of One-Design and Offshore Yachtsman, now Sailing World. However, it was the Laser designed as a doodle while talking on the phone that allowed him to make the financial shift to becoming a full-time, albeit self-taught, designer.

The Laser was the first of a single manufacturer’s models that are now prolific in sports. It was launched in partnership with fellow countryman Ian Bruce, who handled the production of what became one of the most popular one-design classes, of which over 220,000 were built.

The laser was renamed ILCA after a copyright dispute with the European manufacturer of the class. It has a one-design hull, foils, but several rigs. In addition to the Olympic solitaire, the ILCA is also used at the youth world championship level for men and women, albeit with standard or reduced size rigs.

Now 50 years old, the class was launched at the New York Boat Show in January 1971 and sold 144 boats at that show’s booth. The Laser turned out to be one of only three iconic models in the history of sailing, which had a dramatic impact on the sport, the other two being the Windsurfer and the Hobie Cat.

In an interview with Soundings Online, published in June 2019, he admitted to having a long love affair with the America’s Cup, saying he was “probably the only person who remains to remember listening to the America’s Cup on the radio before the war My father and brother listened to it in 1934. In 1937, when Ranger defeated Endeavor, I distinctly remember listening to it.

Sailing was a constant presence in his life, and he was good at it, Kirby jumped from the International 14 in the Finn class to sail for Canada at the 1956 Melbourne Olympics, where he bonded d friendship with Paul Elvstrom, the Dane who has won three consecutive victories. Olympic gold medals in this category. Kirby skipped the 1960 Rome Olympics when he and his wife, Margo, had their two daughters, but returned to the Finn class at the 1964 Tokyo Olympics, at Enoshima – venue for Tokyo 2020.

The long history of the small yacht that became the Laser began when a marketing arm of the Hudson’s Bay Company of Canada asked Ian Bruce, a product developer from Montreal at the time, to make proposals for a range of outdoor sports equipment, Kirby wrote in Sail. -World in March 2016, following the death of his former partner, Ian Bruce.

Among the proposals listed as “maybe” was a cartopper sailboat. As Ian had built and raced my Mark III International 14 and was familiar with my first 14, he called from Montreal and asked me to come up with the design of a cartopper.

It was early October 1969 and I was still editor of the old One-Design and Offshore Yachtsman magazine (now called Sailing World) and our office had just moved from Chicago to Stamford, County. .

Ian had been told by his client that the sailboat might never be part of the package, but as we spoke on the phone I was jotting down ideas on a yellow notepad. This block’s tear sheet later became what we called the “Million Dollar Doodle”. Over the phone, I did some quick calculations for the little boat. I believe this sketch was the reason why so many people to this day say the boat was designed on the back of an envelope or on a restaurant napkin.

Not so. I took the sketch with its rough calculations home to my office drawing board and over the next few days developed it into a full set of lines in the normal naval architectural fashion. The scale was one inch to the foot. Next, I made a table of offsets for the hull so that it could be drawn in full size on the builder’s floor; and after that came a single drawing which included the drawings of the sail plan, deck, cockpit, rudder and rudder. I recently had all of this work digitized for later publication

The blueprints were sent to Ian with a note suggesting that “if your clients don’t want to build the boat, be sure to hang on to the drawings as it could earn us money someday”.

And it turned out that the client quickly gave up on the idea of ​​the sailboat. The drawing therefore remained in Ian’s drawer for several months. The big break came when the advertising manager of our magazine had the idea of ​​a small boat regatta for new or almost new products. Monohulls were to be priced below $ 1,000 and multihulls under $ 1,200. What a perfect way to present the new boat!

It was now April 1970 and I called Ian to ask if he could possibly build a prototype of the cartopper in time for the October regatta. Always upbeat, he jumped at the idea and said he would build two boats to set them against each other.

In the end, he succeeded against all odds in finishing a hull and pulling it out of the mold a little earlier than it should have been “exploded”. But he held his shape despite the premature birth. During this time he had sent the sail plan to Hans Fogh in Toronto so that he could offer a test sail. On the Friday noon before the weekend’s event, he left Montreal with the hull, mast, centreboard, rudder and helm and headed west to pick up Hans and sail in Toronto. They drove all night arriving at the Playboy club after midnight. I arrived from LaGuardia on Friday and Saturday morning the three of us boarded the boat for the first time.

For Bruce Kirby’s self-written story on the birth of the laser, click here.

For part 1 of a two part interview with Bruce Kirby click here and for part 2 click here.

For the full interview in Soundings Online Click here.

The perfect itinerary for a Bermuda getaway