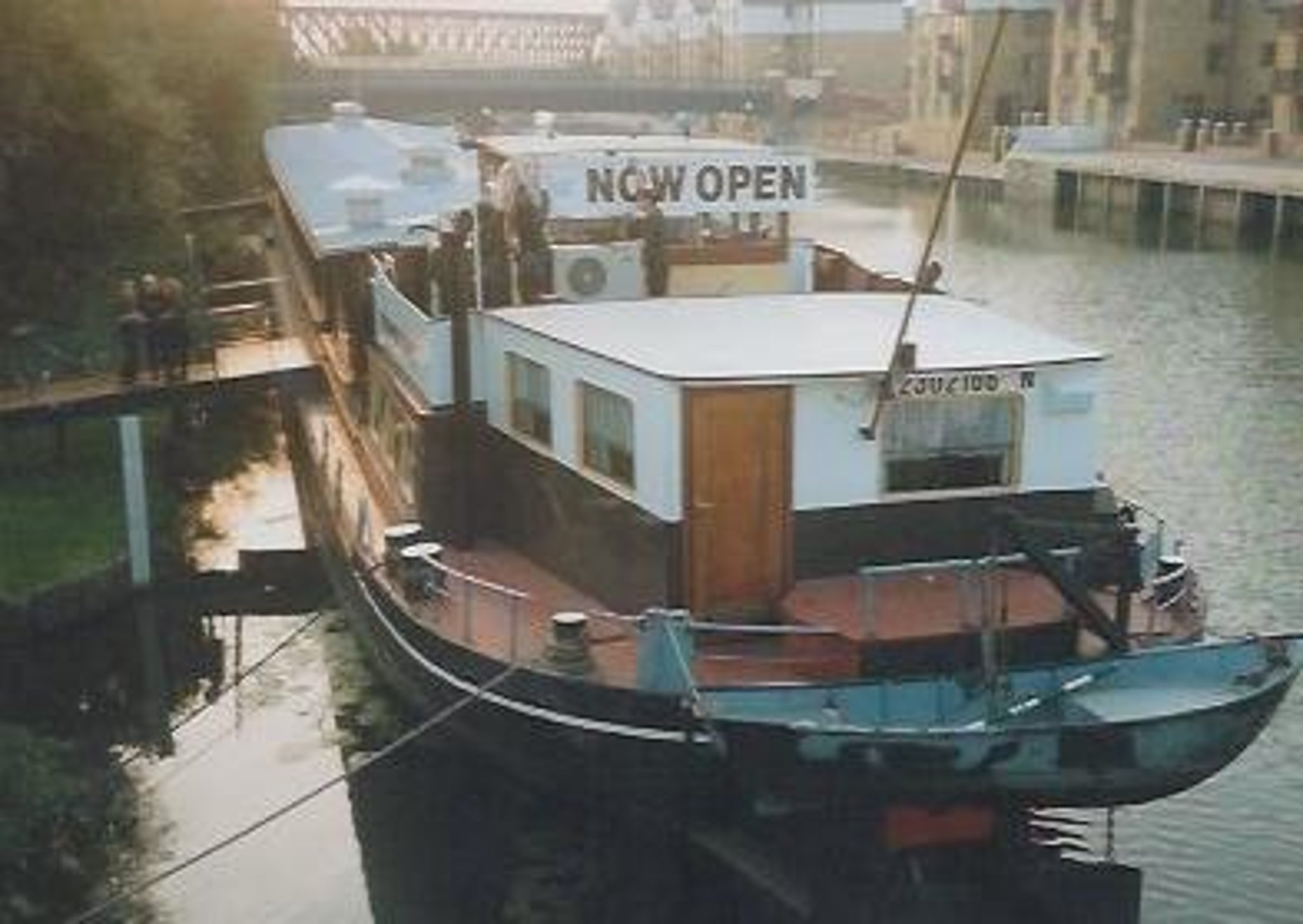 Paul Hook, who owns it with his partner Patcheree Shaweewan, went to extraordinary lengths to establish the floating “real beer shop” that is so beloved today because he felt the town was lacking in something.

And it turned out to be quite an adventure – first finding the right ship and getting it across the Channel, not to mention the small business of negotiating the lock at Dog in a Doublet and Town Bridge.

“I used to go drinking in Peterborough and complained that there weren’t enough good pubs,” Paul recalls.

Register now to our daily newsletter

The newsletter i cut through the noise

Ready to leave Holland for Peterborough

“I had always played with boats (he ran the Nene Charter Company) so I had this idea to get the biggest boat possible in central Peterborough, find a nice mooring and open a bar and a restaurant (which 20 years ago became the East). And that was something I had never done before – I was not in the industry, I was always on the other side of the bar.

“I went to look for a boat that would suit, keeping in mind that there were various constraints, especially the Dog in a Doublet lock – that was the challenge of the ladder – and indeed because of of where the mooring passed under the town bridge itself, ”said Paul, who also owns the Brewery Tap in Westgate which he opened in 1998.

“I spent a lot of time with a tape measure figuring out what size of a boat I could get – that is, length, width and height – and I looked around.

Sail across the English Channel

“I couldn’t find anything in the UK so I spent many lovely weeks touring the rivers in Holland, Belgium and Germany.”

Eventually a broker called about the Leendert and Paul went to take a look.

“I remember he was out of the water on a slipway and as I saw him I thought ‘look at the size of this thing’ – he looked huge.

“But it was up to par, so we took a window to the weather with a Dutch skipper and his mate and with a little preparation we set off for England.”

For a riverboat, however, this was never going to be easy.

“It was not designed for the sea,” said Paul. “It has a flat bottom so it’s not particularly stable, which is why we were so interested in the weather. We had a little VHF radio to keep in touch with the world and go out to sea.

“The pilot boat in the harbor from which we left came on the radio and asked our captain, in Dutch, where we were going because we were going in the wrong direction – instead of going up the river to the inland, we went out of the port and into the sea.

“Our captain replied ‘England’, to which the harbor master gave a very loud, hoarse laugh. I think he thought we were crazy.

“But it was a good trip it took 25 hours as you can’t cross the shipping lanes at an angle but we went straight to the UK coast and walked along the coast to The Wash and passed through Sutton Bridge to Wisbech.

There he went to a mooring where all the heavy lifting had been done before a “halfway house bar / restaurant on a ship” arrived in Peterborough after carefully passing the lock at Dog in a Doublet without nothing to sell and sneak under the city bridge.

“But we did and boldly set up Charters like a real beer shop from day one with a restaurant on top.

“I told my bank manager that it would probably take us about three months to level up and trade where I thought it could go, but in case it took three days. We opened on a Tuesday and Thursday you couldn’t move the place was packed.

“It has seen changes in 30 years, but has always been a great beer store and has always had a lot of followers. I think right now we’re getting stronger and stronger. Everyone seems to like the character and the eccentricity of the good old charters.

Co-owner Patcharee is especially proud of the garden – a big part of Charters’ appeal – which was redeveloped during the lockdown into something truly special, including two huge palm trees and a stunning South Asian-inspired wall mural -East.

“I am very proud of what we have accomplished,” she said. “It took a lot of hard work and investment to create what we have now and the customer feedback is that they love it.

“With palm trees and a mural of a beach, huts, waves, a sunset and a river, which will be complemented by a floating market scene from Thailand, people will feel like they are taking the time to relax. We want to create an atmosphere that makes people feel like they could be on vacation when the sun is shining and they see the palm trees.

“There is no other place like this in Peterborough. “

Internal work to be done before opening

This date in the history of sport: September 25