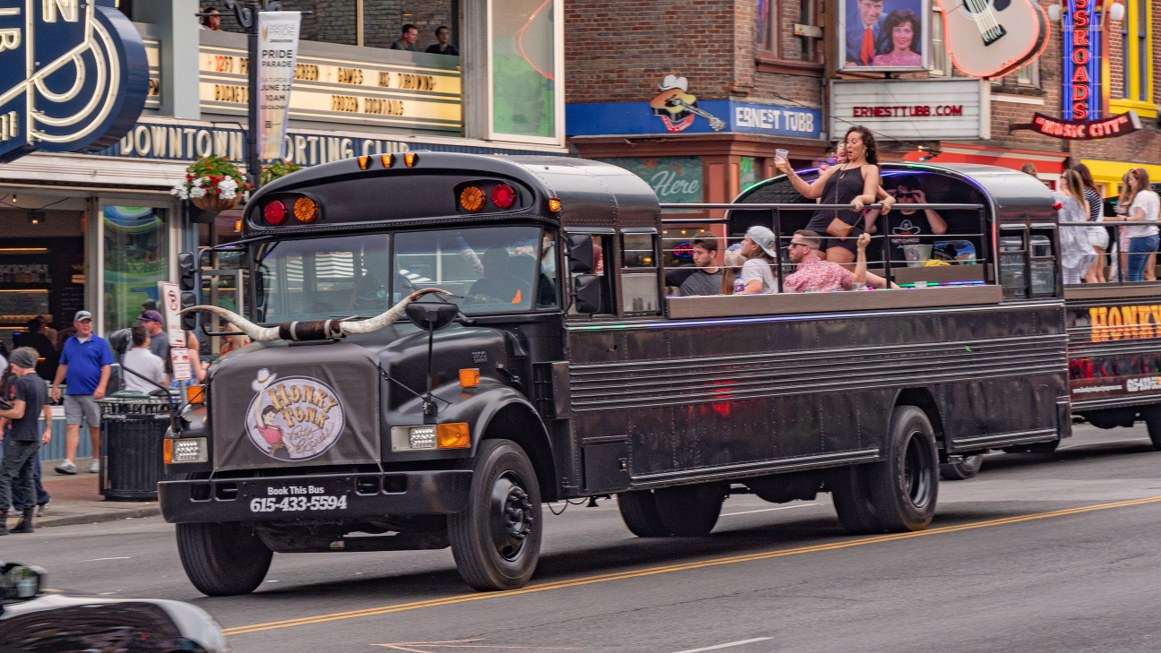 Recently, lawmakers in Duluth, Minnesota repealed a century-old Prohibition-era law that locals had dubbed “the Free of any tie This law prohibited establishments in Duluth that serve alcohol from allowing patrons to dance unless the company also obtained a separate dance license, the Minneapolis Star-Tribune reported last month, ahead of a city council vote that unanimously repealed the measure.

What exactly were lawmakers thinking 100 years ago? A collection of ordinances from the town of Duluth, published in 1922, during the early years of Prohibition, reiterates that alcohol was verboten in dance halls and says that the dances involving “a shake or shameless movement of the pelvic part of the body; and [including] the “slow rag”, “two-step lovers”, “bunny hug”, “the turkey trot”, “Texas Tommy”, [and] “Go back” “- were engaged by people of questionable character.

While Duluth’s story has a quaint, Rockwellian vibe, and recent reports indicate that no one has ever been charged under the ordinance, the fact that the law was still in effect after more than 100 years is a reminder of the countless idiots and unnecessary alcohol laws Americans have to navigate every day. The last thing we need today is a burden New alcohol laws.

Sadly, recent reports, including my own columns of other bad drinking rules here, here, here, here, and here, suggest that the number of new anti-alcohol laws may be on the rise. It’s a shame. After all, many cities and states have seen fit to deregulate alcohol sales in response to the challenges posed by the COVID-19 pandemic.

One city that seems to be heading in the wrong direction is Nashville, where as of this month, “outdoor, motorized, woo-girl-filled party buses” may no longer allow customers to own containers of food. open alcohol on advice, reports Eater Nashville.

“The consumption of beer, ale, wine or other alcoholic beverages on or in an unclosed entertainment transport vehicle is strictly prohibited,” says the ordinance of the buses, which host private events such as funerals. young girl’s life.

After the ordinance was proposed in October, Nashville party bus owners argued that it would “cripple the $ 62 million industry” and warned that it could be “a death sentence for their families. companies ”.

“I would like people to understand that this is not a drunken party the way the public thinks it,” said Susan Pizzitola, owner of the Nashville Party Barge at the time, in comments reported by Main Street. Nashville. “My employees are all ABC certified, and we monitor the amount of alcohol brought on board, the amount of alcohol consumed, and we stop unnecessary behavior.”

Nashville’s party buses, which Eater calls “‘transpotainment’ vehicles,” made headlines in July when a 22-year-old customer was injured when he fell from his perch on the railing of a bus party and hit his head on the sidewalk. The bus then rolled over on his leg. The bus operator claims that the customer who fell was involved in a “stunt”. In the audio of a 911 call made to report the man’s injuries, a caller says he told the man who fell to descend from the railing several times before falling.

Although party buses (at least the ones that are still not closed) are apparently grounded for the time being, the sponsor of the ordinance has introduced a bill that would allow them to operate again, under certain constraints. But it didn’t have to be that way. Nashville City Council, which has been targeting party buses for some time, likely could have dealt with the issue in a different, smarter, and far less intrusive way. For example, the Nashville ordinance does not prohibit passengers from being drunk, sitting on railings, or, say, not wearing their seat belts. It simply forbids drinking alcohol. And, although the ordinance states that “consuming alcohol in an unclosed moving vehicle is inherently dangerous”, it is likely news for operators of cruise ships, fishing boats, trains with outdoor bars and ducks used to transport many World Series and Super Bowl championship teams on parades in Boston.

Nashville’s crackdown on party buses is just the latest example of a growing backlash against alcohol. Some lawmakers want to bring the pendulum back towards Prohibition. We shouldn’t let them do it.