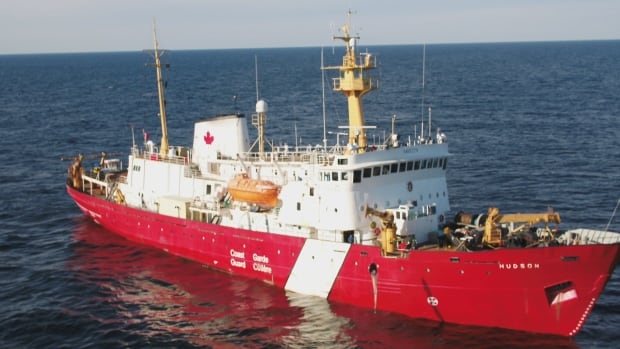 It’s the end of the line for one of Canada’s most famous ships.

The 59-year-old CCGS Hudson research vessel is set to be decommissioned, according to a Canadian Coast Guard statement released Wednesday.

The 90-meter-long oceanographic science vessel has been moored in St. John’s since November 5, when a starboard propulsion engine failed on arrival in port.

Too expensive, long to repair

The Coast Guard determined that the repairs would be too expensive and take too long.

Even before the engine failure, he said Hudson was going to be out of service for the first six months of 2022 for further maintenance to meet safety standards.

“To get the Hudson back in the water in a timely, reliable manner, that wouldn’t happen.”

Crew members were notified on Wednesday.

In the coming weeks, Hudson will return to her base at the Bedford Institute of Oceanography in Halifax.

Hudson replacement pushed back a year

In announcing the decommissioning on Wednesday, the Coast Guard also revealed that delivery of the Hudson replacement by Seaspan Shipyard in Vancouver has been pushed back another year to 2025.

Since 2017, the Department of Fisheries and Oceans has spent more than $25 million on “life extension” refits of the Hudson in an effort to keep the workhorse at sea. It collects data scientists on the east coast for decades.

Why the CCGS Hudson matters

Programs that have benefited from these voyages include the Atlantic Zone Monitoring Program, which collects data used to track changes in ocean climate – information that affects people and marine species.

To carry out this science, DFO is now considering a variety of solutions: using remote sensor technology like autonomous ocean gliders, reassigning other Coast Guard vessels, and renting and chartering private vessels.

“We are working hard to be able to ensure that we have either one boat or a series of alternative boats available to be able to execute these missions,” said David Morin, director general of strategic and regulatory sciences at DFO.

Contingency plans in place for 2025 and beyond

Morin said any long-term lease will likely include options that will make the vessel available beyond 2025 in case a replacement isn’t ready.

“It’s definitely something we take seriously, you know we’re going to be a part of it. Any lease that we undertake is the concept of having option years,” he said.

The ship had an “unheard of” longevity

Hudson may have been limping at the end, but her longevity was remarkable, said Mac MacKay, who has written extensively about East Coast maritime news on his Shipfax blog.

“It is virtually unheard of for a ship in front line service to last this long. Most ships are built to last 25 or 30 years, government built ships a bit longer because they are so well maintained” , MacKay said.

“To last that long was truly incredible,”

Hudson is considered a legendary ship for a reason.

In 1970, she was the first ship to circumnavigate North and South America in a single voyage.

“Canada was able to do science with this ship that no one else could,” MacKay said. “And because it’s a big ocean vessel that can withstand all kinds of weather conditions, including ice…you wanted to offer it. So we were able to do things that we had never been able to do before.”

One more mission: return to Halifax

Although the starboard propulsion engine has failed, there are two on board — one for each propeller.

The Hudson will therefore return to Halifax under her own power, where the Coast Guard intends to celebrate the Hudson’s accomplishments rather than her recent equipment failures.

This year, the Canadian Coast Guard will celebrate its 60th anniversary — just one year older than Hudson.

“It’s not lost on us, the ship that was part of the fleet in Canada, proudly serving Canadians,” Ivany said.

“We want to do this justice as sailors.”