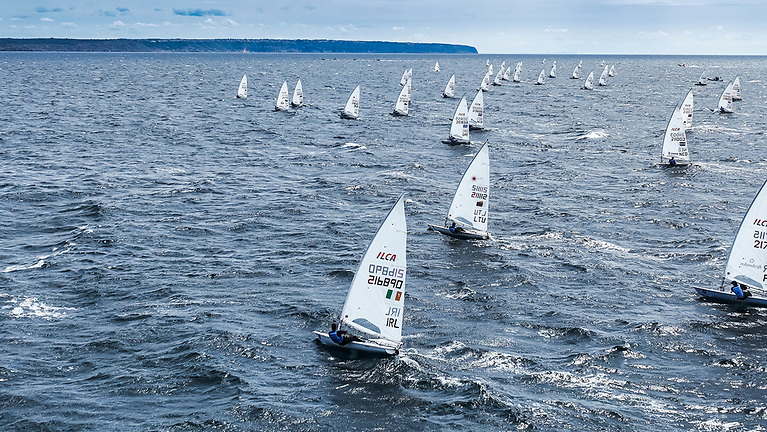 The National Yacht Club ace scored eighth and 14th in fresh winds today on the Bay of Palma, scores that give him a highly prized sixth place with just two races remaining in the Gold Fleet Series.

With the possibility of further improvement tomorrow, Lynch has the prospect of a medal finish in his first event towards Paris 2024.

Howth’s Ewan McMahon slipped to 30th after finishing 39th and 21st, his brother Jamie is 80th in the 160-boat fleet.

The best of today’s Laser Men was Olympic champion Matt Wearn who continues his comeback from 32nd overall on the opening day of competition.

The Australian was third in the first race when he called to go left and struggled a bit more in the next when he called to go right, still scoring a reasonable 12th. Michael Beckett (GBR) was just one point less consistent than Wearn with 14th in race one and narrowly missing out on a win over Filip Jurišić (CRO) to finish second. “I had half a good day,” Beckett said, “which was probably about all anyone got today. It was hard to read the breeze pattern, so it was a very good day, really.