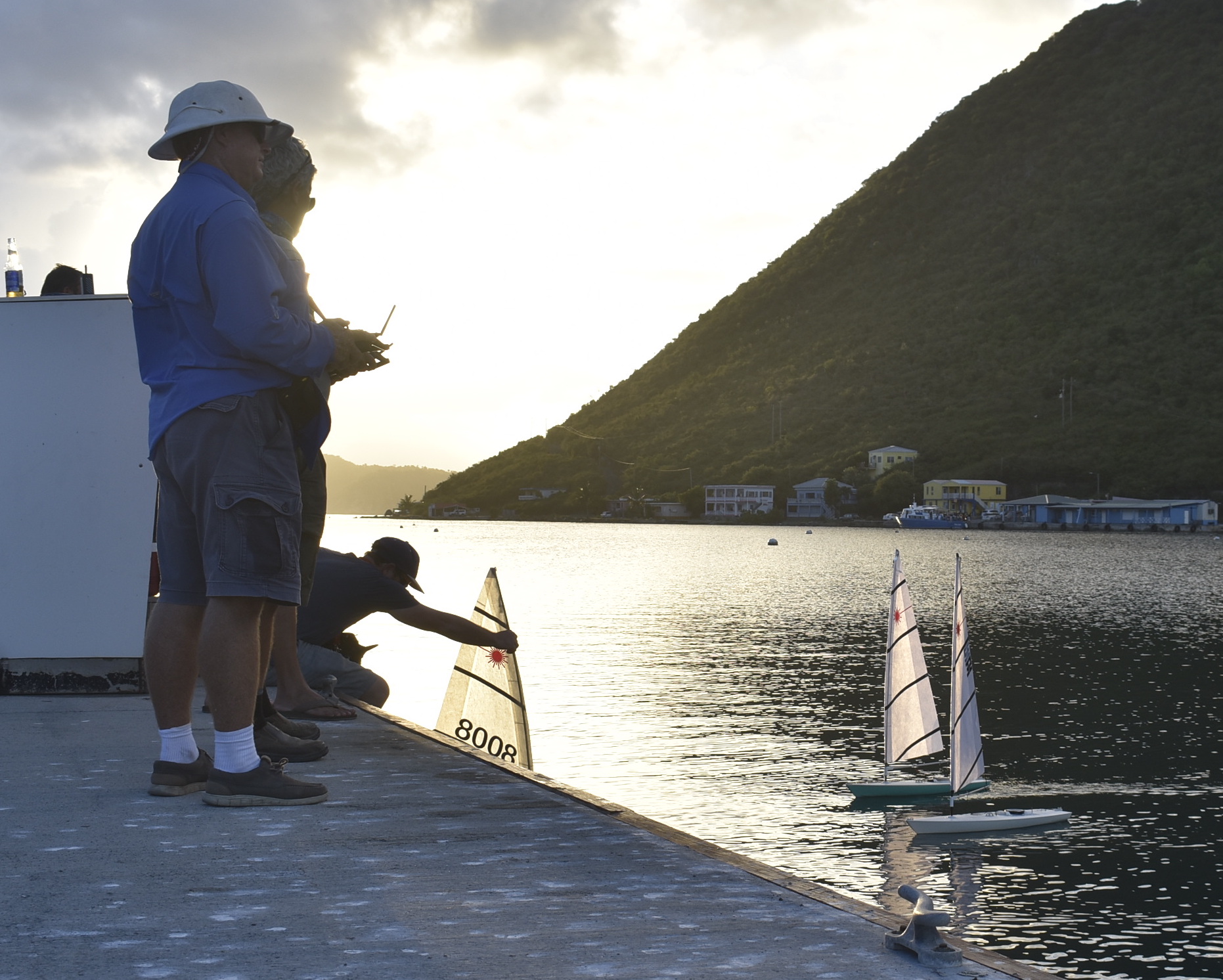 With the exception of a few sparse laughs and light pity over the slowness of their remote-controlled sailboats, the men gathered on the quayside at Sopers Hole were as silent as the air was still.

They come every Wednesday to do miniature sailboat races, but with the pale pink sun and windless, they were about to pack up and retreat to a nearby pub for a few beers.

And then a gust blew from the east. One of the boats took the gale, agreed to hold one last race.

The runners lined up their boats, someone started a countdown, and then they left, the men laughing and concentrating as their boats moved silently and slowly through the water.

The wind quickly dissipated, taking with it all the speed of the boats. But no one seemed to care.

“The joke is really good”

Weekly races are mostly a fun excuse for friends to get together in the middle of the week, said Captain Simon Wood.

“We have known each other for years; the joke is really good, ”said Mr. Wood.

The easy report was apparent later as the runners were seated at a picnic table outside. The Admiral Pub and explained how they came to embrace this hobby.

They paused to add details to a story or request a mold they needed for a repair, and dove into wind speed tangents in regattas long ago.

While no one can say exactly when or how the weekly races started in the Virgin Islands, they did agree that people were sailing model ships long before Hurricane Irma in 2017.

The races at Sopers Hole, however, started about two and a half years ago, after Ewout Franse, the owner of EC Yacht Services, bought a boat from a friend of his.

He created beacons using old buoys and homemade anchors and started sailing with friends in the harbor, which he chose for its generally calm marina and constant breeze, he said. .

In no time, the races became a weekly meeting.

Today, Wood estimates that at least 20 people in the territory own models of racing boats, almost all of them Lasers, a model that lends itself to tweaking and customization.

Most, if not all, of the Sopers Hole enthusiasts were professional sailors, and while they said the technique for racing model boats is supposed to replicate the real thing, it really doesn’t take a lot of skill. .

“Any old guy can do it,” said Richard Wooldrige.

And the barrier to entry is minimal, according to runners.

A remote controlled laser can be purchased online for around $ 300 and requires minimal maintenance. However, occasional problems with the electrical wiring can make it difficult to control the rudder, and it’s not always easy to see why, said Henry Leonig, director of HorizonYacht Charters.

But Mr Wood said the trick is to always keep a set of spare parts on hand.

For the most part, however, all that needs to be done is spray the seals with an anti-corrosion solution after each race, Mr Wood said.

“If you don’t, you’re going to be in trouble,” Leonig agreed.

This victory covers a lot of ground >> Scuttlebutt Sailing News