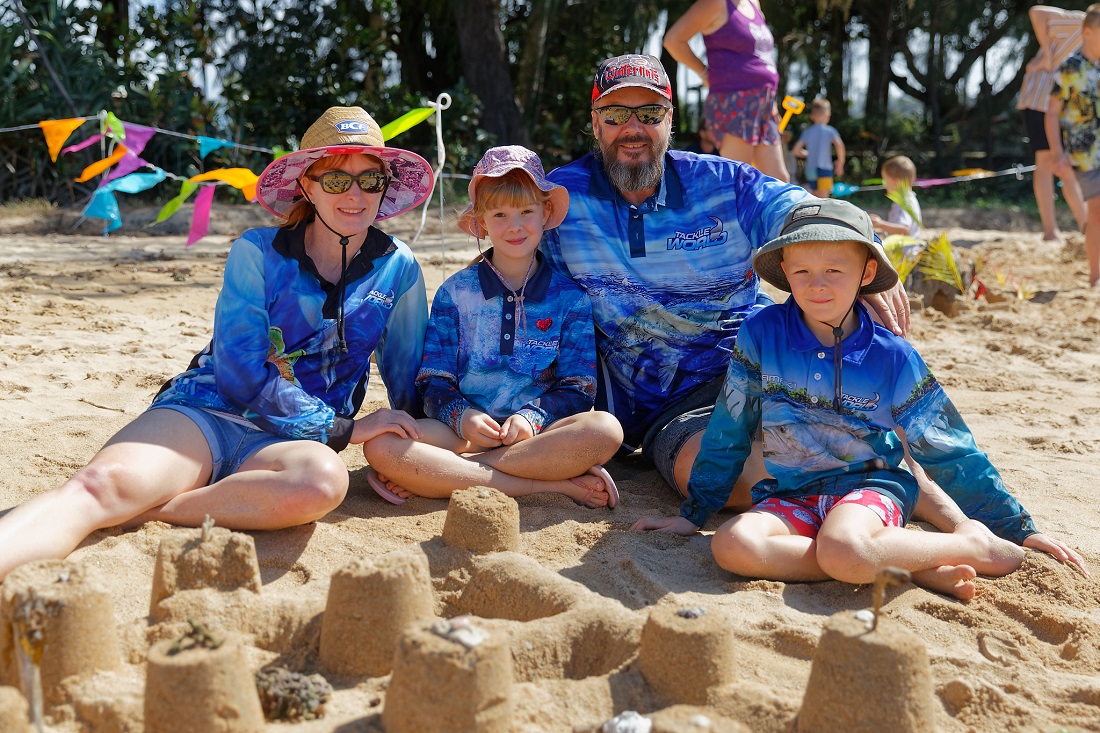 Free children’s activities, markets, food stalls, sandcastle competition, mud crab races, food and entertainment at the Picnic Bay Hotel and the famous Beer Can Regatta, meant it there was something for everyone.

The Beer Can Regatta is a real novelty during Maggie Island Race Week. Teams, including sponsors Star 106.3 Radio, with Crystal and Brady’s breakfast crew at the helm, joined in the fun. Each team builds their own boats from whatever material they can get their hands on – including beer cans – then rush to a buoy and return to the beach.

It is a real pleasure for boaters, locals and visitors to the island. Throughout the race, flour bombs thrown from the pier by spectators fell like rain, amid much cheering and laughter.

Mud crab races also bring cheers and “c’mons”. Twenty were auctioned off to anyone who wanted to compete in two races, and the auctions, as usual, were fierce.

â€œWe (the Boadicca crew) paid $ 310 for a crab that came last,â€ lamented Boadicca owner Mike Steel, who is also the president of the SMIRW event.

â€œHe was a sprinter when they auctioned him off, but he ran out of juice before the start,â€ he said with a laugh. It’s a big event and we raised $ 1,500 for the Magnetic Island Koala Hospital. They do such a good job taking care of the injured wildlife here.

After a long day of fun in the sun, it’s back to serious racing business in Townsville Yacht Club (TYC) Race Week.

The races start from 11am and the organizers send the mix of multihulls, yachts, keelboats and sport boats on a variety of courses.

SeaLink Spinnaker 1 Division boats have two races on the bay. The first leaves at 11:30 am and takes them from the start of Peppers Blue on Blue to the Nautilus Marine brand, in Cleveland Bay and to the finish.

The Multihull division has virtually the same route, but an additional leg to Cleveland Bay has been launched.

This morning there is a gentle south / southeast breeze blowing under a sunny blue sky, with a few puffy little clouds floating around. Blessed. The forecast is 10 knots in the bay, which gives light-air pilots their best chance of success.

Lance Denby leads the Non-Spinnaker division ahead of today’s race, having won races 1 and 2 with his Bavaria 38, Ostara. Having seen the weather, he happily rubs his hands.

â€œThe race was excellent. We’re one of the smaller boats in the fleet so it’s good to have a few wins, â€said Denby.

â€œThe strong wind suits us. When it’s lighter, we tend not to do well at all. We’re happy with today’s 10 knots, that’s enough to get the job done. We are looking forward to the day and will obviously try to stay ahead again. ”

For full results and all information please visit: www.magneticislandraceweek.com.au/