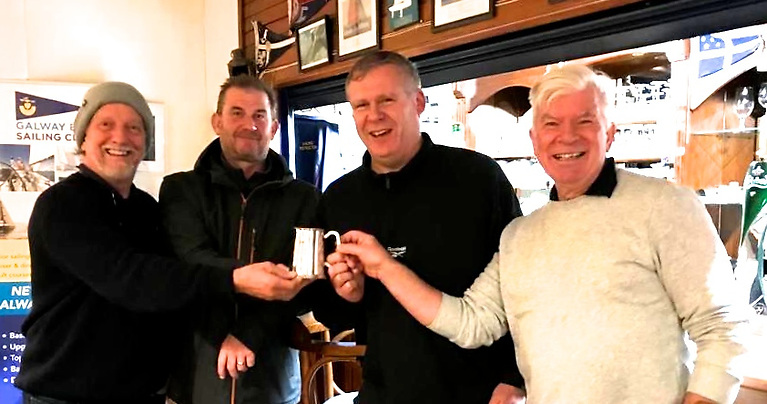 Flexibility has been key for the Galway Bay Sailing Club as they wind down their traditional season at a time when business is typically seeing an acceleration in pace as the pandemic recedes. So when the junior regatta dedicated to Sunday September 26 was confronted with deteriorating weather and perhaps a clash of schedules, the lines of communication burned red to transfer it to Saturday September 25, and despite the The widespread establishment of sailing clubs along the west coast, they were rewarded with good participation in four classes from four different clubs.

Overall, the top performers are estimated to have been Adam McGrady and Ally O’Sullivan who won the 420 class, reflecting the strength of this important international junior two-person boat in the sailing centers around Tribal Town. . The Fevas were won by Isabel Schumacher and Isolde Hannon, while the Topaz group were led by Lauren Irwin.

The GBSC Junior Regatta managed to avoid the impending bad weather with a clever footwork by shifting the date by 24 hours.

The Optimists, who ran a separate course, won the Gold Fleet by Micheal Minogue, while the Silvers were led by Niamh Banes – full results here

In social distancing night races throughout the season, the club were very lucky to get an almost uninterrupted rhythm of summer evenings for the 12-boat Aquabroker Series keelboats, in which Joker was dominant under IRC, while Woofer won in the final race. to win on ECHO.

September in Galway is of course the time of the afloat and ashore oyster festival, and the club’s cruisers raced to the Galway Docks in the final King of the Bay Series race for a Galway-sponsored water dive. Maritime. However, they had to earn their pints and bivalves, as the course took them on an impressive circuit for inland bay spectators, with one final run along the Salthill waterfront until they arrived with a precise timing on arrival with a flurry of sail just as the dock doors opened.

Mark Wilson’s Sigma 33 Scorpio had a good season on Galway Bay, winning the Round Aran race in August and the Renville-Galway race which concluded the King of the Bay series.

The winner of the day was the Sigma 33 Scorpio (Mark Wilson) who also won the hugely successful Inismor chase race in the Aran Islands in August. But overall, the winner of the King of the Bay series is John Collins’ Ibaraki, Scorpio second, and Out of the Blue (Lyons brothers) third.

The celebration of this season highlight continued in the friendly dock shelter, with GBSC Commodore John Shorten transforming his Galypso ship into Hospitality Central for liquid distribution, while ashore under the mega- Parasol of Galway Maritime, it was mussels and oysters galore. But despite these festivities, navigation to the GBSC for 2021 is by no means over – their annual Sunday series is now underway.

“The Brains of the Bay”: The Out of the Blue crew of Conor, Lisa and Fergal Lyons finished third overall in the King of the Bay series, and it was also Fergal who turned out to be the as a handicapper in setting the start times for the Round Aran Pursuit Race was a tremendous success in August.