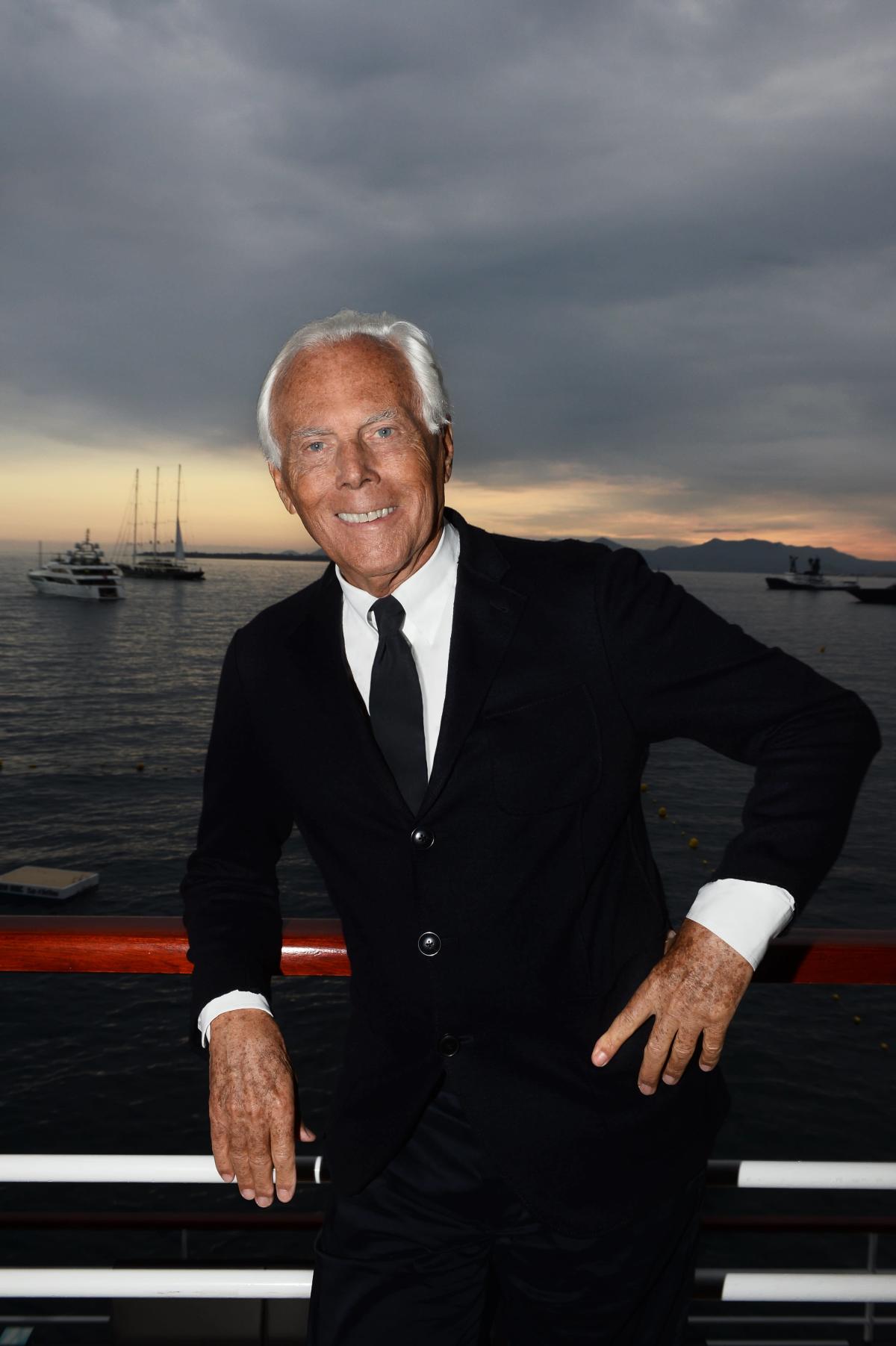 ARMANI REGATTA: Giorgio Armani is the new title sponsor of the 15th edition of the YCCS (Yacht Club Costa Smeralda) Superyacht Regatta, which will be held from May 31 to June 4 on the waters off the Sardinian Costa Smeralda, the Emerald Coast, known for its fine sandy beaches and beautiful clear sea.

“How can you not love the sea! I only knew it as a child on the shore, because we were in wartime, but when it was possible for me, as an adult, I really lived it and I realized that a boat ride, by the sea, is one of the most desirable things in the world,” said Armani. “For this reason, when I created my first boat, the Mariù, I took the risk of becoming a boat designer. Now, on the occasion of the Superyacht Regatta, it was natural for me to be one of the sponsors. This allowed me to get even closer to the reality that surrounds us, made up of magnificent landscapes and a sea, the Mediterranean, which I deeply love.

Armani’s passion for luxury yachts also prompted him to partner with The Italian Sea Group last year to design a one-of-a-kind motor yacht, and to invest in the yachting specialist , which operates the Admiral and Tecnomar brands, focused on the production of high-tech yachts and motorboats, respectively, which went public on the Italian Stock Exchange in 2021.

In March last year, Armani revealed he was designing a 236ft Admiral motor yacht, marking the first time the fashion house had become involved in such a project, although the designer had overseen the furnishings and the design of his two personal yachts, Mariù and Principale.

On the occasion of the YCCS Superyacht Regatta, Armani will open a pop-up store at the Costa Smeralda Yacht Club and a new space in the luxury Cala di Volpe hotel. Armani also has a signature brand store overlooking Porto Cervo’s exclusive promenade.

Giorgio Armani’s men’s and women’s beach collections will include a special selection of men’s clothing and accessories related to the world of sailing. The collection will be available in the Giorgio Armani Porto Cervo boutique, at the Cala di Volpe hotel and in Giorgio Armani stores, including those in Milan, Venice, Saint-Tropez and Cannes.

Organized by the Yacht Club Costa Smeralda since 2008, the Giorgio Armani Superyacht Regatta is aimed at superyachts with a minimum length of 90 feet and multihulls of at least 50 feet. As in previous years, the event will include the Southern Wind Rendezvous and Trophy.

Last year the title sponsor of the regatta was Loro Piana.

A real taste of NJ?