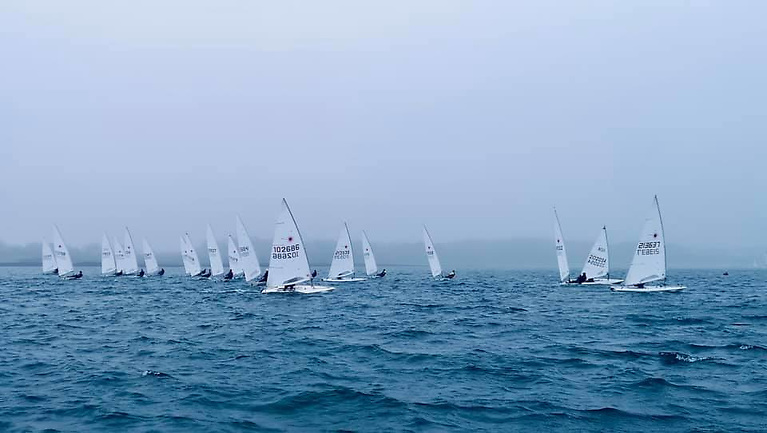 With the end of the first half of Ballyholme’s Icebreaker Sunday series in Belfast Lough ending on December 19, it would be nearly impossible to predict the winners when the Discards kick in.

The Icebreaker Winter Series has always been a big draw to dinghies at the local club and beyond since its inception in the mid-1970s when the Laser Class was introduced by Ron Hutchieson. Before that, sailors would never have considered racing after closing day in early September, but now, with first-class clothing and infectious enthusiasm, winter racing is nothing out of the ordinary at many clubs. .

Many sailors are big boat crews in the summer but enjoy the competition offered by a large fleet in the winter. This season’s entry is over 100 and although not all of them race every week, a substantial fleet often fills the bay. The racing classes are large dinghies, lasers, radial lasers, multihulls and small dinghies.

This season’s Ballyholme Icebreaker entry is over 100

So far only one race has been called off and, ironically, it wasn’t because of Storm Arwen, but strong offshore winds and heavy seas making the launch difficult. Thus, the current classification is interesting insofar as in most of the classes, very few points separate the first ones.

In the bigger section, Jonny Henry leads the Lasers with a top three to sit on 14 points with Mike Kimber having plenty to catch up on with 25 points. In Radial, Jess Winton is three points ahead of his mother Charlie, and in Multihulls, mostly F18s, Adrian Allen and Barry Swanston are only one point ahead of Matt McNicholl and Peter McDowell. The Small Dinghy fleet (Laser 4.7 and Toppers) is led by Bobby Driscoll with a comfortable margin over Anneka Hunter.

So, faithful have two more races before the break and can look forward to the Icebreaker dinner at the club on the night of the final race – December 19. The series will resume on Sunday February 6 of next year and run through Sunday April 10.