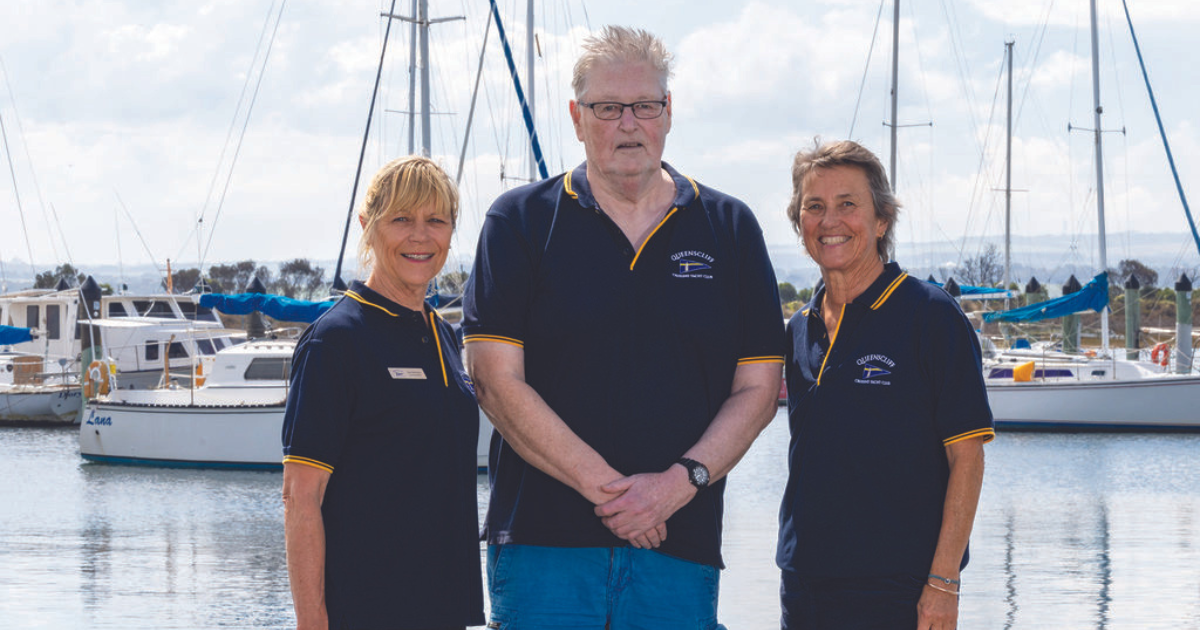 The QUEENSCLIFF Cruising Yacht Club (QCYC) will celebrate its 60th anniversary this weekend with a commemorative race and opening day to mark the event.

The Swan Island-based club will open its doors on Sunday October 30 to celebrate the occasion and will host a Port Phillip Bay race to complement its festivities.

A passing race for the Goorangai Memorial Trophy tomorrow (Saturday October 29) will kick off at the Royal Brighton Yacht Club in Queenscliff, bringing dozens of sails across the bay ahead of the anniversary celebrations the following day.

Sunday will include opening day, a fleet blessing and lunch, with RSVP essential by contacting the club.

The Goorangai Trophy is in honor of HMAS Goorangai, which sank in 1940 en route from Queenscliff to Portsea after colliding with the passenger ship MV Duntroon. All 24 crew members of the Goorangai died in the tragedy.

Former QCYC member Les Nangle, who had served on Goorangai as a Royal Australian Navy Volunteer Reserve NCO before his last voyage, presented the club with the trophy in remembrance of the lost crew.

The memorial race this year will include the Eliza Ramsden Trophy for the winner of the newly introduced women’s barre division.

The club said the new trophy builds on the success of its women’s Keelboat Introduction for Sailing Savvy program and a broader drive to be more inclusive and encourage women’s participation in its activities – headlined by its commodore current Lee Renfree, who became the club’s first female manager last year.

“Queenscliff Cruising Yacht Club has much to celebrate in its 60th year, a club like no other that offers so much to members and visitors alike,” the club said.

“The invitation to join the party on the paradise island is open to all to come and enjoy.”