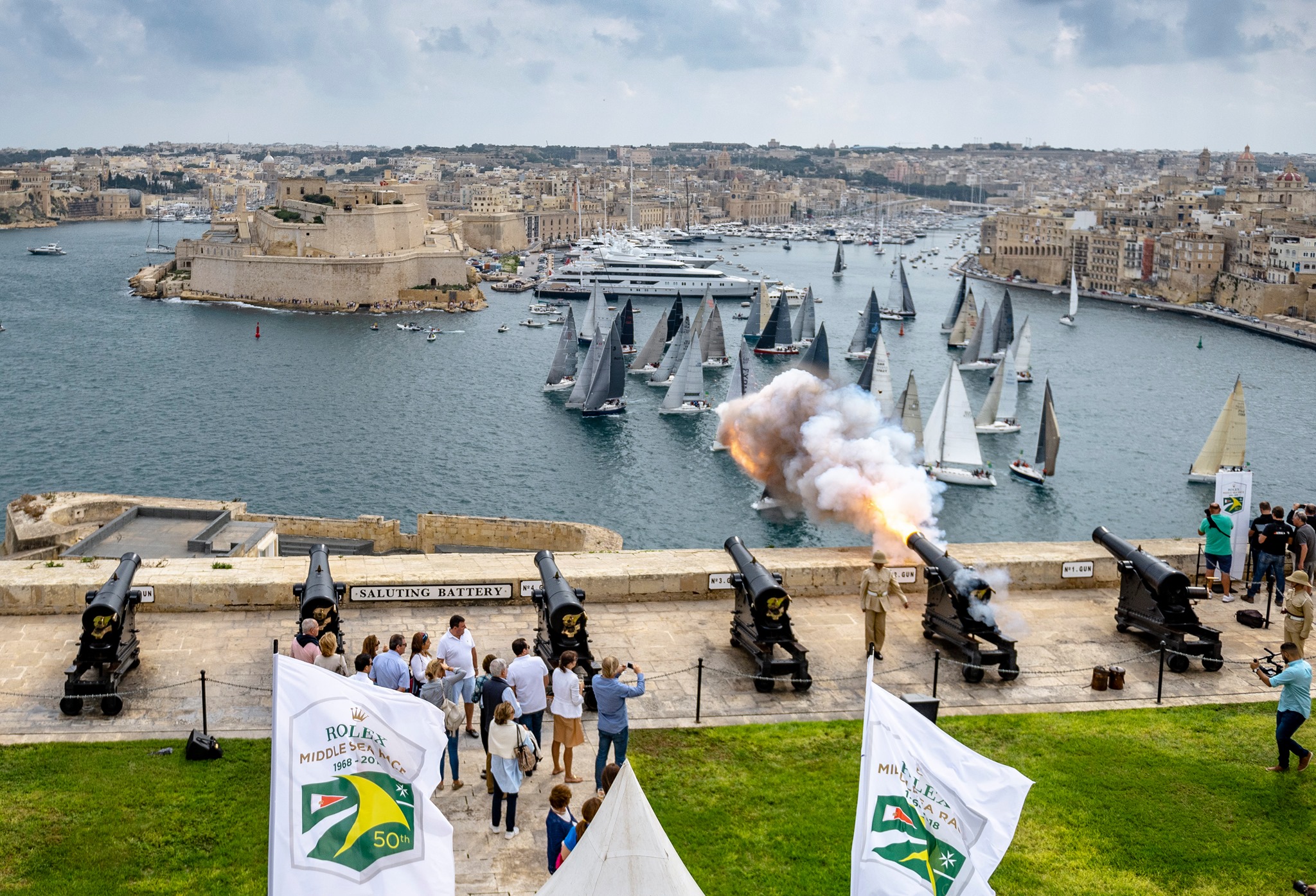 Three weeks before the start of the Rolex Middle Sea Race 2021, the entry list bodes well for the possibility of a fabulous and fascinating race.

124 yachts are currently entered, slightly less than the record of 130 boats set in 2018. Not bad, given the circumstances surrounding this year’s event and proof of the continued popularity of ocean racing and this Mediterranean classic in particular.

The departure from Grand Harbor, Valletta, Malta on Saturday 23 October promises to be a spectacular opportunity. The historic harbor filled with yachts and cannon fire reverberating around the 16th century fortifications.

The entire fleet ranges from powerful maxi monohulls and maxi multihulls to double-handed crews. The largest registered yacht is the Skorpios 38m / 125ft flying the Monaco flag, the smallest is the 9.45m / 31ft Hanse 311, the Catina 4 of Gabriele Spaggiari from Italy.

And the multihulls, whose own record is almost nine hours slower than race / monohull time, are sure to fight. Competitors include Maserati Multi70 (ITA), the two MOD 70s: Mana (ITA) and Argo (USA), and the 24m / 80ft Ultim’Emotion (FRA). The current reference time has been established since 2007 at 13 editions, itself a record, the previous longest race being eight races.

Host country Malta has enjoyed the most success in recent years, winning the trophy four times since 2010. In the last two editions, the Podesta family, riding the First 45 Elusive 2, have won the ultimate prize. Aaron, Christoph and Maya with their team of friends are on a treble of wins for 2021, a feat last achieved over 40 years ago by Nita IV from 1978 to 1980.

Lee Satariano lifted the trophy twice, in 2011 and 2014, on his previous boat. His latest, the carbon HH42 Artie III, is racing this year with the added boost of several race winners, Christian Ripard and Timmy Camilleri on board. Meanwhile, Jonathan Gambin with his Dufour 44 Ton Ton Laferla, third overall last year, has gained in-depth knowledge of the task having participated in all races since 2008.

Two boats new to the race are managed by Maltese skippers and crews who also know the course well.

Aaron Gatt Floridia has hired his brand new ICE52 Otra Vez, designed by Umberto Felci. Sebastian Ripard, the grandson of John Ripard Sr, winner of the very first race, will be the skipper of an all Maltese crew on the brand new J / 99 Calypso. The crew includes his father John Jr and his brother Tom. Like Sebastian, they have both already won the race.

In 2018, Géry Trenteseaux’s Recommended Mail became the third French winner. This year, at least three French teams could be among the contenders.

Some 19 Italian teams are expected and with 14 wins in total out of 41 Italy has the most wins in the history of the race. Boats to look out for include Massimo Minozzi’s J / 99 Tokio, Marco Paolucci’s Comet 45 Libertine and Leonardo Petti’s J / 109 Chestress.

It would be unwise to rule out Mark Emerson and the A13 Phosphorus II, who finished sixth and raced this course in a previous boat in 2015.

The big news, however, is surely the late entry of the 2021 Rolex Fastnet Race winner. Tom Kneen’s JPK 1180 Sunrise has to be one of the favorites having finished fourth at the Rolex Middle Sea Race in 2019.

Germany have two wins and two entries are probably in contention this time around. Carl-Peter Forster will ride the TP52 Freccia Rossa, who in different hands finished seventh overall in 2020. The TP52s have been successful three times in the last 10 editions. Maximilian Klink participates in his fifth race with a brand new Botin 52, Caro, highly optimized for IRC.

Finally, Maxi monohull yachts have the ability not only to win line honors and break records, but also to win the overall standings after correcting the IRC time. The proof is that the 27.5m / 90ft Rambler of George David achieved the treble in 2007, preceded by Zephyrus IV in 2000. Double winners litter the history of the race, with Atalanta II in 2005 and Benbow in 1977 being two of the notables.

RORC Caribbean 600 back in action –