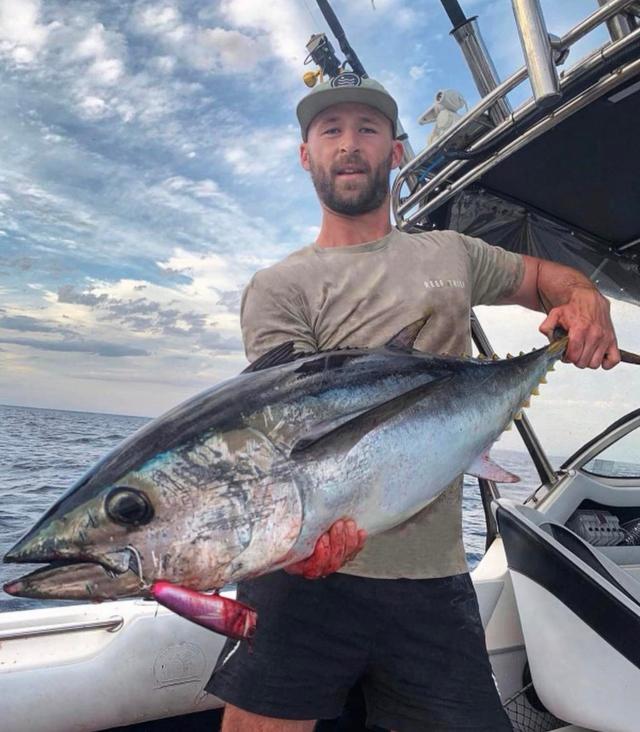 Lots of snapper on offer

The local fishing has continued to be very good over the past week with many reports of decent snapper fishing on offer in the outer harbour.

In addition to snapper, many other species are offered such as flathead, salmon and whiting.

Squids have always been close along the entire peninsula, with natural squid jigs working best.

Offshore Barwon Heads still shows no signs of slowing down, on the contrary, it is improving.

The tuna bite was searing between the rip and Torquay at 40-60 yards.

Halco laser pro 190 trolling has been a standout lure, as have lures behind a spreader bar.

Surface lures, as usual, still catch a lot of fish.

Kingfishers have been in fantastic numbers nearby and quite hungry, although not massive in size there are certainly plenty of them there.

Mako sharks are still roaming the coast right now with many reports.

The Rip has had a few whispers of kings inside it lately, but is well worth watching.

At this time of year we should expect the rip to fish very well with fish up to 15kg to be caught.

Fishing Slower tide changes and slack water are the best times to fish, allowing for easier and more comfortable fishing.

King George whiting has been chewed up off Queenscliff in recent times with many reports of boats landing good numbers of fish and at a quality size.

Painkalac Creek has been fishing quite well over the past few weeks for both bream and estuarine perch with reports of both species reaching up to around 38cm in length.

Both Wurdi Buloc and Stoney Creek Reservoir have been fishing well for bluefin tuna over the past week with reports of catches of fish down to 45cm.

Adam from Trelly’s Geelong got stuck in the action at Wurdi and had great success with the soft plastics.

Adam also tagged himself a few trout along the way.

Seldén in collaboration with the Swedish Sailing Team