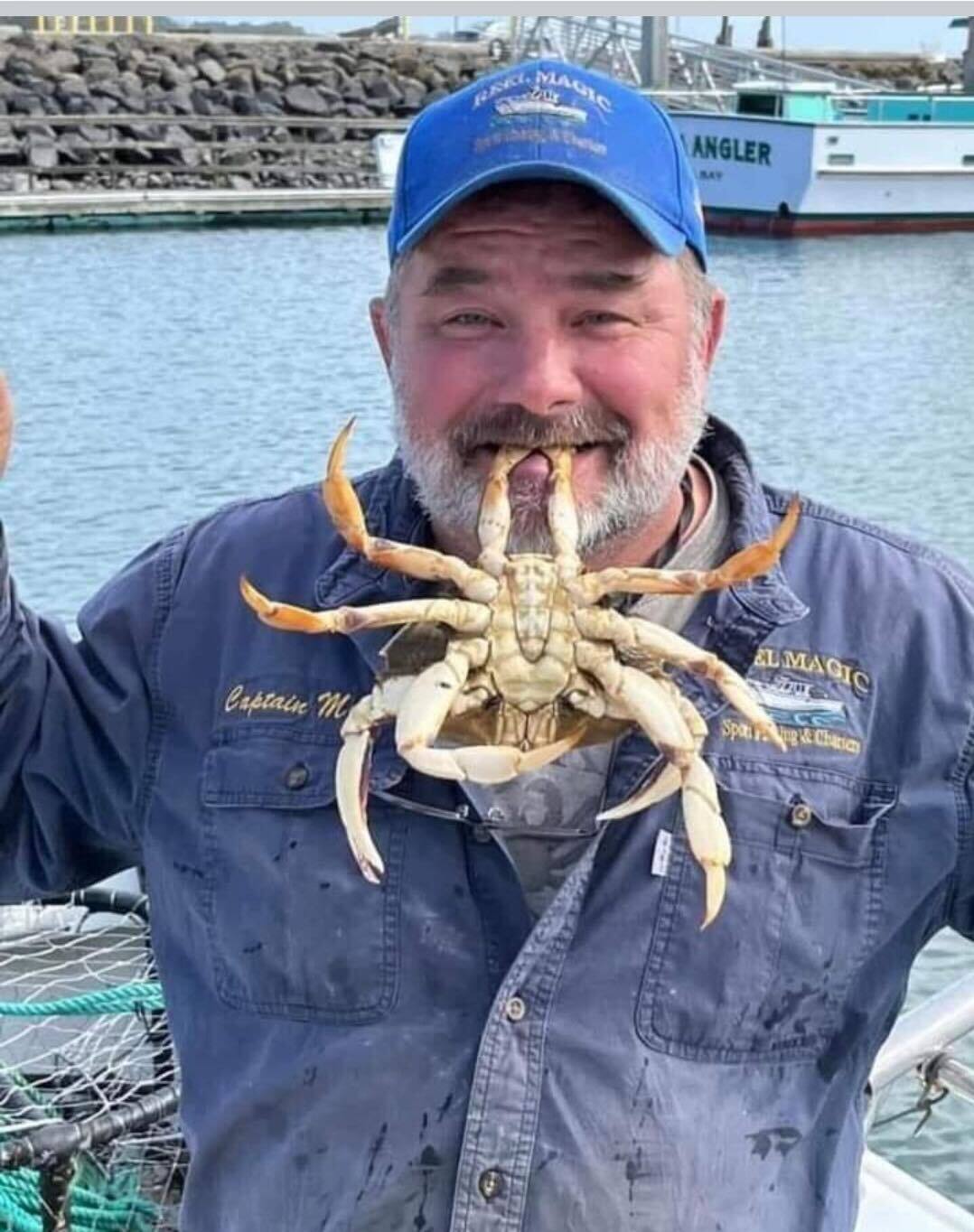 Merlin Kolb, “Captain of Bodega Bay”, remembers being “a hell of a man”

Everyone knew Merlin Kolb as the “Captain of Bodega Bay”.

He sailed the sea dressed in knee-high rubber boots and baggy shorts, smiling proudly as he gathered his catch – a bag of fresh cod, crabs or salmon. Kolb made every trip an adventure for the people he took on Reel Magic, his 34-foot boat, to fish and explore.

It’s one of the many things people will miss the most about him.

On September 11, the beloved fisherman, who also worked as a well maintainer, died in a single-car accident in Winnemucca, Nevada. He was 52 years old.

“The ship magic was the name Reel Magic but the real magic was Merlin,” his friend Rick Powers told The Press Democrat. “He was a special person, a hell of a man.”

Originally from Lodi, Kolb’s dream of becoming a captain and owning his own fishing boat prompted him to earn his captain’s license. He finally started operating the Miss Anita boat in 2014 and then Reel Magic a few years later.

He brought “real magic” to the sea by organizing sunset tours, memorials and eco-tours for children, couples and families aboard his boat. But the trips were more than a fishing trip – they were adventures.

With passion in his voice, he shared the story of Bodega Bay as he and those on board cruised with him.

“He took a business in a struggling industry and made it successful,” said Patty Ginochio, owner of Ginochio’s Kitchen in Bodega Bay. “Any of his passengers would say it was the best experience they’ve ever had.”

On the boat, he announced with a bright smile: “It’s a beautiful day in Bodegaaaa Bay.

He invented the “Crabby Dance”, where he encouraged people on his ship to dance like crabs when the crab pots were pulled aboard. He made children and even shy adults dance.

“It wasn’t just a fishing trip,” said Shelly Kolb, her sister. “It was an adventure. He wanted to create a lasting experience for people.

Fishing was a constant in his life. His father, Les, taught him how to fish when he was 4 years old, when he was old enough to hold a rod. He was going fishing with a toy rod in the street after a big storm in Lodi, his sister said.

After graduating from high school in 1988, Kolb took a summer trip to South Dakota to spend time fishing with his family. At age 21, Kolb moved to Alaska to work on a commercial salmon boat, later earning enough hours at sea to earn a U.S. Coast Guard 50-ton captain’s license.

In 2012, he and his wife, Michelle, also known as “Mrs. Gorgeous,” moved from Lodi to Bodega Bay for one of his passions: fishing.

Although his fisherman’s hat is his favorite, Kolb has worn many hats in life. He has previously worked as a high school teacher, race car driver, and wrestling coach, to name a few.

“He was larger than life,” his wife said. “He was bold and so adventurous.”

Kolb was the kind of person who shared his catch with his neighbors – often arriving in his truck, with the head of his dog Magnus peering out the window, with a bag of fresh fish and crab to feast on.

“He would take his shirt off his back for anyone,” his wife said. “He never turned his back on anyone.”

During the devastating Tubbs Fire in 2017, he was the first to lead the charge to open Bodega Bay’s Grange Hall to help feed, care for and house those who evacuated their homes.

In 2018, the US Coast Guard praised him for saving six passengers and two crew when their charter boat, Miss Anita, ran aground when it began to take on water 2 miles off the coast from Bodega Bay.

“He was a hero to everyone,” Powers said.

On September 22, more than 200 people, including childhood friends, crew members, family members and customers, paid their respects to him at Bodega Bay Church. Every room was overflowing, some even had to watch service from the parking lot, her sister said.

Kolb, who worked in Nevada for a few weeks at a time, was returning to his workplace on September 11 after having dinner with his crew members. While driving, the truck slid, he “over-corrected” and the truck overturned several times, his wife said.

“I will forever miss him,” she said through tears. “It’s not fair, we needed his angel here on earth, but God needed him up there.”

A GoFundMe page is raising funds that will go directly to Michelle Kolb to help with expenses. He raised nearly $10,000 on Friday.

Merlin is survived by his wife; his daughters, Jennifer McCain and Katelyn Corona; his son, Justin McCain; and five grandchildren, as well as her father, Les Kolb; and his brother, Mike Kolb.

You can reach editor Mya Constantino at [email protected] @searchingformya on Twitter.