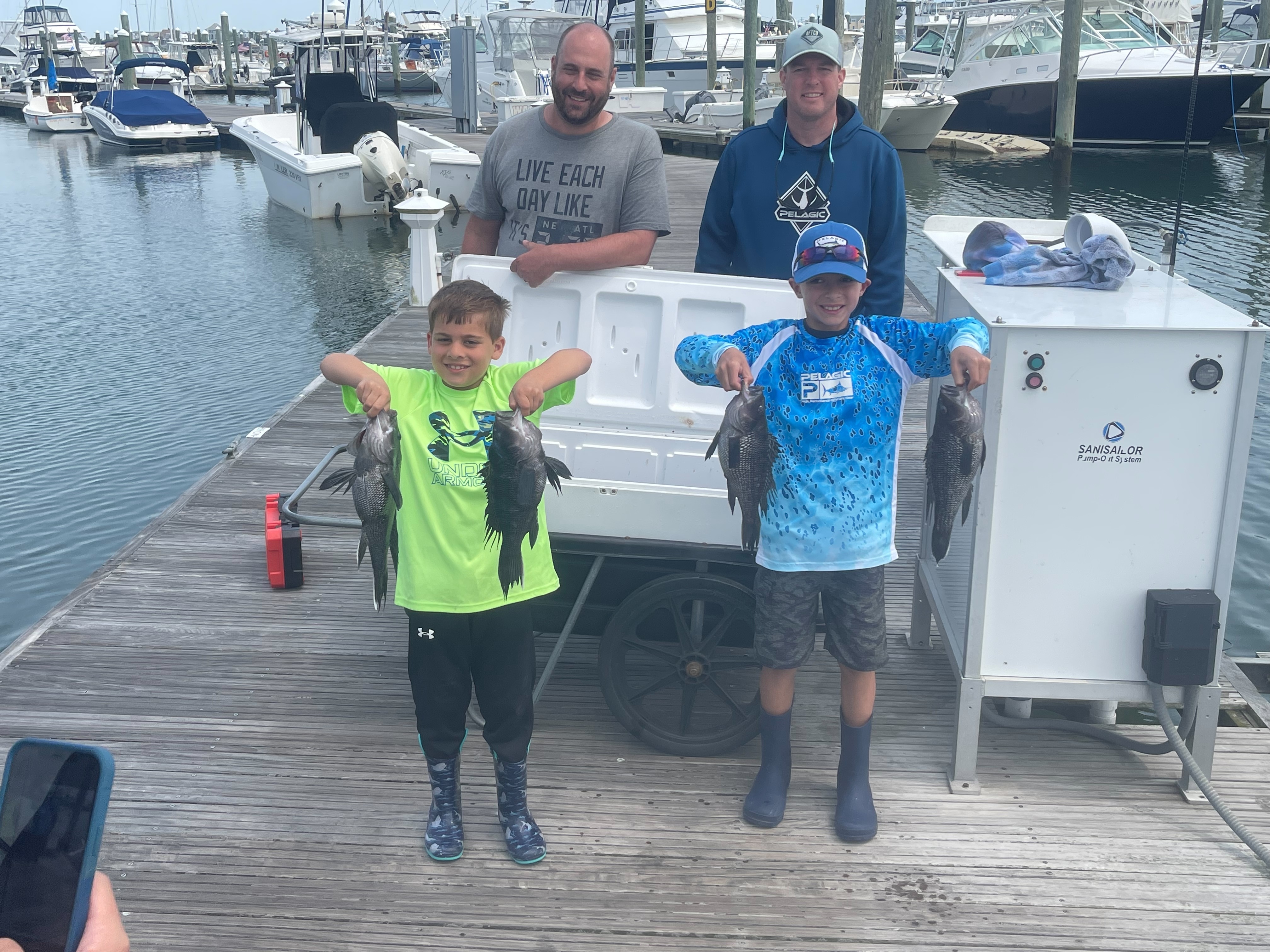 Unlike some of the summer tourists who visit the shore, the fish don’t suddenly leave after Labor Day weekend.

They like to hang around for a few more months. And it’s great for anglers.

Michael Doebley of Mighty Heron Charters notes that the fishing is excellent throughout the fall and can last well into the Christmas season.

“My expression is that the fall fishing is the best fishing,” said Doebley, a professional charter captain known as “Captain Mike.”

Mighty Heron Charters is based at Smith’s Marina at 910 Bay Avenue in Somers Point.

Doebley invites anglers to experience for themselves just how great off-season fishing can be by offering fall charters for as little as $150 per person for an eight-hour sea excursion for bass, tog or striped bass.

Bass fishing, in particular, is fun and easy.

“It’s not hard to catch them. I tell people bass fishing is the only fishing where you have a rod in one hand, a hoagie in the other, a drink in the cup holder and you come home with nets,” Doebley said in laughing.

The bar season starts at the beginning of October. Tog, striped bass and flounder are other highly prized fish that can be caught with Mighty Heron Charters.

Another affordable option is the eight-hour bar, tog, or striper charters that run every Saturday from October 8 through mid-December for $150 per person. Trips are limited to the first five people who register.

Now in its third season, Mighty Heron Charters specializes in family charters that range from leisurely fishing trips around back bays to sea excursions to catch tuna.

Amenities include an 8ft by 8ft cockpit that offers enough space for six adults to comfortably fish or socialize. There are also private toilets.

“The open boat is important to the residents and people of the Philadelphia area,” Doebley said.

Although the summer tourist season is a peak time for fishing trips, Mighty Heron Charters offers charters from April 1 through Christmas.

Registration opens for the BVI Spring Regatta and Sailing Festival 2023