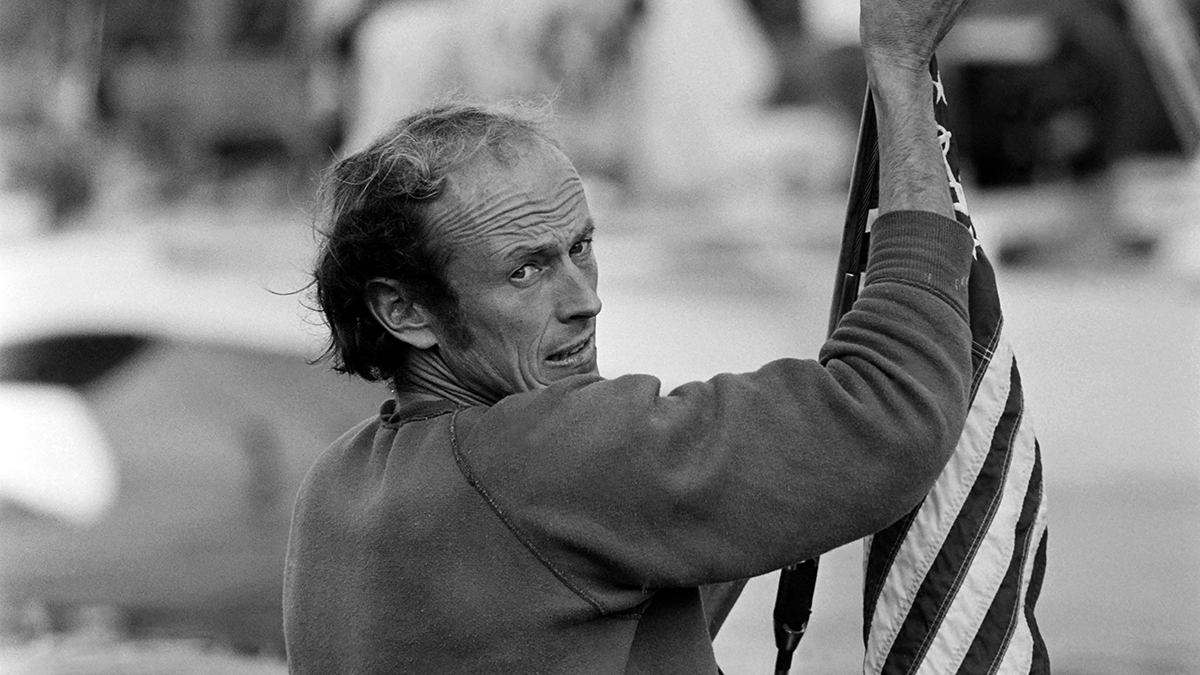 One of offshore racing’s most famous skippers, Mike Birch, winner of the inaugural Route du Rhum on a 36ft trimaran in 1978, has died aged 90

Birch’s victory was the catalyst for a revolution in offshore sailing, the repercussions of which are still felt today: irrefutable proof that, in the right hands, multihulls could be as fast, if not faster, than monohulls on long ocean crossings.

Born in Vancouver, Canada on November 1, 1931, Birch had a varied career, including as a gold miner, on oil derricks, as a mechanic – where he developed a love for beautiful sports cars , and even as a real cowboy in competition. in rodeos, before starting to sail full time.

Birch was in his 40s when he started ocean racing. After working as a delivery skipper at Dartmouth in the 1970s, he competed in the 1976 OSTAR in the 32ft trimaran Third Turtle and finished 2nd, not far behind Eric Tabarly’s 73 feet Pen Duick VI.

Two years later, he won the Route du Rhum on the smallest boat in the fleet, the 30-foot tri Pictures of Olympus. The searing finish broadcast live brought fame not only to Birch but also to the new French transat (set up as an alternative to the English transat in Plymouth).

OlympusPhoto, skippered by Mike Birch passes (in the foreground) the yacht Kriter at the finish in Point-à-Pitre, Guadeloupe, of the Route du Rhum 1978. PhotoAFP via Getty Images.

Birch then spent the next decades innovating in offshore multihull racing. He built several Nigel Irens designs, starting with the 50ft Vital.

This was followed by Formula tag (later ENZA and Tony Bullimore Doha, now Energy Observer), which was at the time the largest pre-preg structure ever made, and in many ways the yacht from which maxi multihulls and foiling Ultimates evolved. Birch steered the 26m (85ft) catamaran to victory in the Monaco-New York race in 1985, and sailed a remarkable 516 miles in 24 hours in the Quebec-Saint-Malo race – speeds unheard of ago almost four decades.

He won on the ORMA circuit at the height of the 60-foot trimaran class, finishing twice on the podium in the Route du Rhum – Destination Guadeloupe.

He continued the double-handed race for longer, competing in the double-handed Transat Jacques Vabre at the age of 77 in 2007, with American co-skipper Rich Wilson in the Open 60. Great American IIIand the 2012 TWOstar race with Franco-American sailor Etienne Giroire, 81, on a 60-foot trimaran Eure-et-Loir.

Mike Birch at the helm of Fujichrome before the 1990 Route du Rhum. Photo by Nicolas LE CORRE/Gamma-Rapho via Getty Images

Birch divided his time between his home in Brittany and a secluded cabin in his native Quebec, also continuing to sail his own boat – named Cartafter his mother – until last year.

While his actions on the water were often groundbreaking and widely celebrated, Birch himself was modest, self-deprecating, and a believer in the quiet life.

“I’ve never done anything but what I wanted,” he said when publishing his biography in 2017, “But I’m also going to make a confession. I’ve always hated talking about me.

I met him in St Malo before the 2018 Route du Rhum when Birch, then 87, was there to wish good luck to his good friend Charlie Capelle, who was racing A cappellaa yellow Walter Greene trimaran which is a sister ship Pictures of Olympus. Birch was treated like a real celebrity by the crowds gathered on the pontoons, but preferred to descend quietly below on board A cappellaand discuss the race – politely and self-deprecatingly deflecting any questions about himself.

‘A character from a novel’ was how solo skipper Thomas Coville summed up Birch’s remarkable life when news of his death broke today. Coville had sailed with Birch on the ORMA Fujicolor trimaran in the 1990s.

“I found out very late that he had had this life before and that he was in the great outdoors. I read his book, one of the few sailor books that I read to the end, as if I I had read a story by Jack London. This gentleman was always young.

The fond memories of Birch are widely shared by the offshore racing community. The Route du Rhum, which starts on November 6, will pay tribute to Birch with his photo projected each evening on the ramparts of Saint-Malo.

Birch died peacefully last night at his home in France, just days before his 91st birthday.

The Isle of Wight Passenger Ferry timetable explained by Wightlink