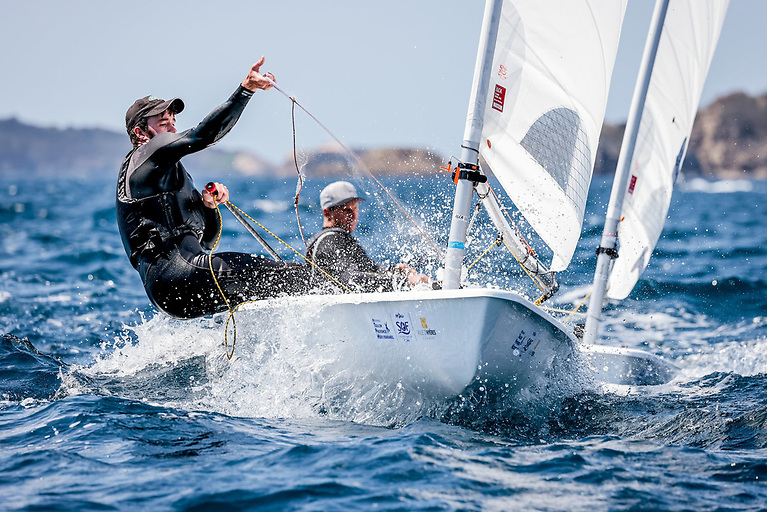 At home, the last two races of the September junior series have come to an end. Nearly 50 NYC juniors were entered in the series in Optimist (the largest fleet with 48 entered), ILCA 4, ILCA6, Feva and Toppers.

The sailors achieved a very good 1-2-3 in the Optimist fleet, with Aurèle Dion ahead of his brother Basile for the first prize. Max Neary completes the podium.

The National also had sailors racing in the other classes below the podiums. Congratulations to all the participants and to the organizer Henrietta Senkowski.

The National Yacht Club on the east pier of Dun Laoghaire

NYC has also had a few Sailors participating in events across the country.

Sam Ledoux and Conor Staunton competed in the ILCA6 category. The fleet of 37 boats was very competitive and Sam secured second place overall after a strong run. In Schull, Ben O Shaugnessy and Ethan Spain were competing in the All Ireland Invitational Junior Championships, completing their challenge as runners-up. William Walsh was also in competition.

Abroad, van Steenberge’s siblings raced in Hungary in a Eurocup 29er. After ten races in a very competitive fleet, they claim third place overall, their best Eurocup finish to date, helping to tighten their grip on a top 10 and the mixed overall standings to just one Eurocup. of the end (Italy in October).

The NYC Instructors in Training had a great weekend advancing their skills with a mix of theory sessions and time afloat in order to earn their Advanced Instructor approval.

The Optimist Performance program was launched with three excellent sessions afloat in the best conditions. Feva training was also in session with four boats taking to the water on Sunday morning.”

The most romantic moments of season 2