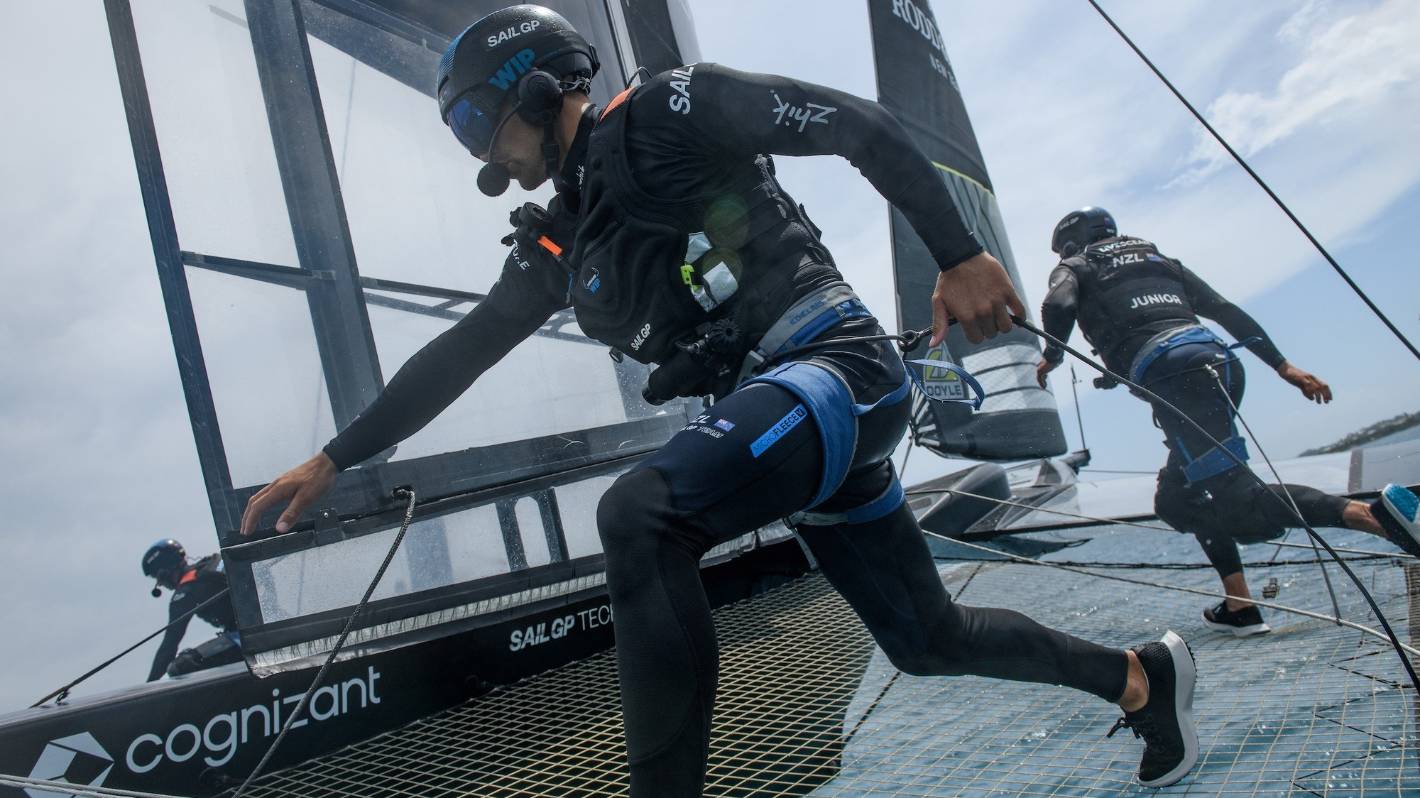 New Zealand are set to be the big stars of SailGP’s third season which kicks off in Bermuda this weekend.

With many crew members fresh from their America’s Cup success and then added to the pressures of the Tokyo Olympics, they never found their groove in the 50ft foiling catamarans used in the world league .

The foiling catamarans are ready for their New Zealand debut.

But Freddie Carr, the larger-than-life British America’s Cup grinder who is now a key TV commentator for SailGP broadcasts, believes the team led by Peter Burling and Blair Tuke will bounce back strongly.

“The disappointment for these guys to miss out on an Olympic gold on the last downwind on the line is way more than I could comprehend in terms of head rotation and focus on the sail,” Carr said of of what Burling and Tuke experienced as they were. just won another Olympic title in the 49er.

“I imagine it would devastate you for a few months – it’s going to take a while to bounce back from there and maybe the second half of their [SailGP] the season was a bit marred by that.

“It doesn’t surprise me that it didn’t feel as natural to them as they hoped,” he said of adapting to multihulls.

But Carr believed lessons would be learned, and New Zealand were much more aware of what awaited them now as they looked to close the gap on two-time champions Australia, managed by Tom Slingsby.

“They’re going back to the waters they know,” Carr said. “The Kiwis are a tight group…they will be the team to make the significant leap.”

Tuke admitted that their opening season had not been as successful as they had hoped, but felt they were on an upward curve. They were delighted to be back in the boat and with more focus on the SailGP program they were hoping for better performance.

Training had gone well in Bermuda this week and they were excited to get into the race on Sunday and Monday (NZT).

“Last season, if we had to sum it up, was a year of platforming for us or a year of building, and it was a very steep learning curve,” he said on the release of a training session in Bermuda.

“Bermuda is a good place to restart. We really enjoyed the America’s Cup here (in 2017) and have fond memories of it. There’s this little extra buzz coming back here, and a real buzz about what’s ahead in terms of the challenge and where we want to get to.

With coach Ray Davies on board for the season and a crew well settled, the Kiwis have no more excuses. They did a thorough debriefing and the list of work to be done is long.

“There are a lot of areas we need to work on. The start is a very difficult part of the equation – there are 10 boats trying to leave a fairly small starting line and if you can get to the first mark among the first it makes life a lot easier,” said Tuke.

“But there are a lot of different factors, and we have to be better at all of them if we want to be that dominant team that we know we can be.”

* Another event should be announced.