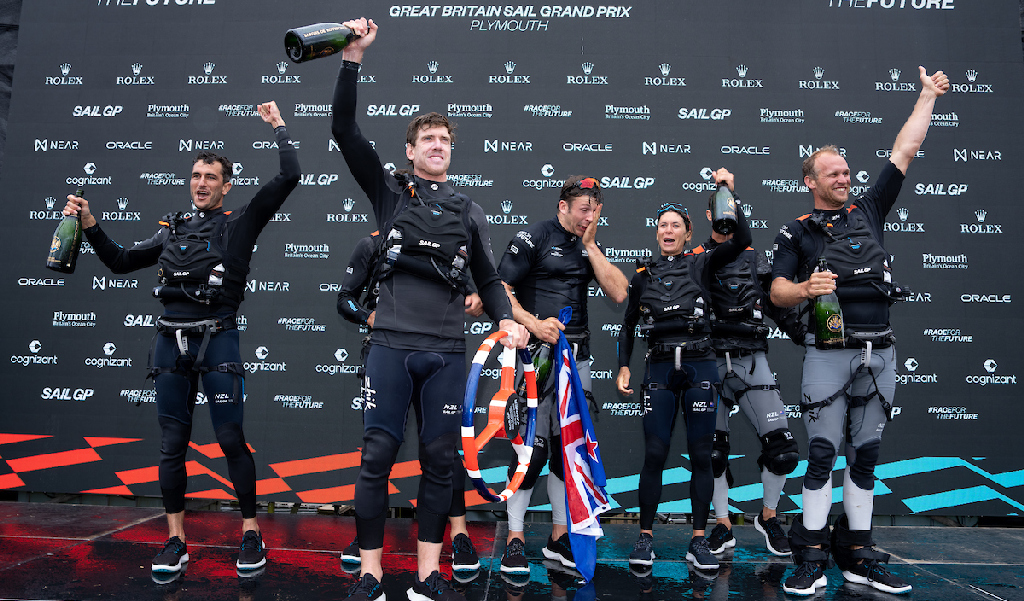 Ben Ainslie came a hair’s breadth from the British Grand Prix final, but was denied by arch-rival Tom Slingsby.

Ainslie took the British SailGP team to victory in the first race on Day 2 to secure a final place with one race to go.

For the last qualifying race (race 5) Ainslie managed a brilliant comeback after the wind died down for the start, leaving the fleet struggling to get on the foils.

He battled through the snakes and ladders fleet, finishing third behind the New Zealand team of Pete Burling and Nicolai Sehested and the Danish team at Gate 3.

Approaching the shortened finish at Gate 4, Ainslie had to cross Slingsby’s Australia, who had priority, and in a close call he was ruled to have fouled the Australians, forcing him to falling behind them to finish fourth.

That put Ainslie fourth overall tied on 36 points with third-placed Denmark and out of the final three-boat race to decide the winner of the Grand Prix event.

The final race between New Zealand, Denmark and Australia was reduced to a lottery, with crews chasing the wind to get on their foils rather than the shortest route to the finish.

Burling took New Zealand in the lead from the line and rounded the first mark, with Sehested and the Danish team taking the lead at gate 2 before dropping the foils, quickly followed by New Zealand and Australia.

Slingsby got Australia ahead first, but Denmark led on the approach to Gate 3, where a fast-moving New Zealand snuck inside to lead to the finish, winning a comfortable victory of more than 500 meters ahead of Australia and Denmark.

It was a first SailGP event victory for Burling and the New Zealand team and with Nicolai Sehested’s Denmark making their first event final, an indication of how quickly new teams are becoming familiar with the delicate F50 foiling multihulls.

In the 2021-2022 Season 3 Championship after 3 events, Australia have a five point lead over Great Britain, with New Zealand in third place tied on points with Canada.

The next SailGP event is the ROCKWOOL Denmark Sail Grand Prix on August 19-20, 2022.