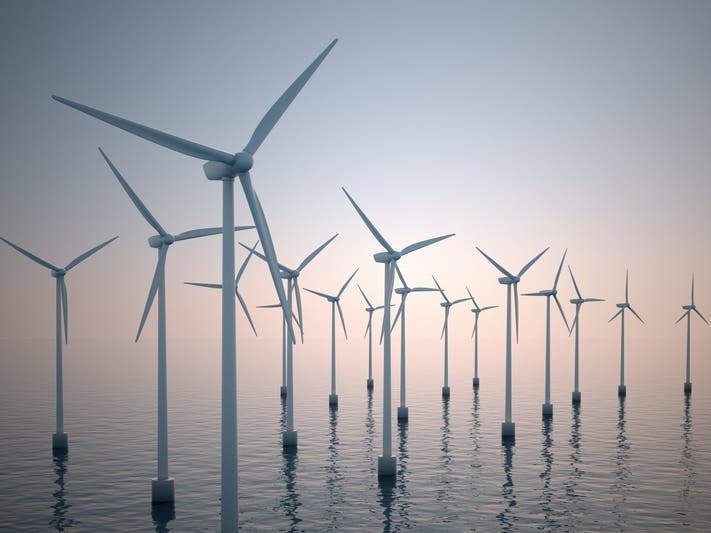 NEW JERSEY – On October 19, the Bureau of Ocean Energy Management hosted a virtual public meeting where anyone could call and comment on the multiple wind farms that stretch off the coast to the Jersey Shore, from the northern tip of LBI extending south to Atlantic City.

Sixteen of the 21 speakers spoke in favor; the others opposed it.

“Climate change may seem very abstract or far away, but it’s affecting us all now,” said Jamie Klenetsky, a Morris County resident born in Monmouth County, according to NJ Spotlight. “It will only get worse. If we do nothing, we will end up living on a very different planet from the one we were born on … It is a wonderful step towards preserving the shore and the country.”

But at least two speakers from a group called Save Long Beach Island have spoken out against wind farms.

For months now, Save Long Beach Island has been saying that wind farms will spoil the view from the beaches; will not significantly reduce the use of fossil fuels, especially in relation to the rate of sea level rise, and destroy fishing grounds. They also said they were concerned about damage to birds as the farms will be using the largest wind turbines to date.

“We should be looking for effective solutions and solutions that do not infringe on other environmental values ​​and on the economy of other interests like tourism and fishing,” said Bob Stern of Save Long Beach Island, reported NJ Spotlight.

As Patch previously reported, construction will begin in 2022 on a series of three wind farms off the Jersey Shore. Together, they will be the largest offshore wind farms in the country.

The first wind farm, operated by Shell, will start at the northern tip of Long Beach Island, Barnegat Light, and head south.

The other two wind farms will be located off Atlantic City and will be managed by Danish wind supplier Ørsted / Atlantic Shores Offshore Wind.

The two Ørsted / Atlantic Shores parks will occupy more than 350 acres in total, making it the largest offshore wind investment in US history.

Can you see the wind turbines from the beaches?

Yes, according to the NJ Sierra Club, which supports wind farms.

Wind farms, especially the one closest to shore at Barnegat Light, will be visible from LBI beaches. Ørsted provided this rendering, which shows that the turbines can be seen from the beaches of Atlantic City.

It will be possible to see them on a very clear day, said Alexandra Horn, chair of the NJ Sierra Club offshore wind committee.

It’s also going to get bigger: Gov. Phil Murphy said the state of New Jersey plans to award additional contracts to build more wind turbines in that region in the future.

Save Long Beach Island is considering suing the private companies that will operate the farms, the Murphy administration or the New Jersey Board of Public Utilities, which awarded the offshore wind rights.

Will the fishing grounds be destroyed by the wind farms?

This has been the subject of much debate and it seems even the New Jersey fishing community is divided on this subject.

Commercial fishing is minimal in the wind farm area itself, but boats must pass through the wind farm to get to fishing grounds further out in the Atlantic Ocean, the NJ Sierra Club said.

Ørsted spokeswoman Maggie Urbish said the Danish company had “hundreds” of one-on-one meetings with members of the Jersey Shore fishing community, and “after listening to the concerns of the fishing community “Ørsted made changes to the farm configuration and relocated the turbines. to a grid to facilitate the passage of boats.

Atlantic Shores will also be lined up in a grid to allow boats to move between the turbines, the company said.

“They bring them extremely close together so that our vessels cannot operate in these areas without damaging our crews and vessels,” said fisherman David Wallace according to NJ Spotlight. “Therefore, they are excluded from areas where we traditionally fish without any compensation.”

But Captain Brian Williams, who operates charters between Long Beach Island and Cape May, said at the Oct. 19 turbine meeting, “will create a lot of good fish habitat and hopefully good fishing.” .

This independent Energy News article revealed that the Block Island Wind Farm has in fact become a very popular fishing area, as the turbines have formed an artificial reef.

Governor Murphy said the wind projects are expected to create about 7,000 jobs statewide. And it’s not just jobs 15 miles offshore. Workers will be needed to build the turbines and process the wind power once it is landed.

Be the first to know. Sign up to receive Patch emails: https://patch.com/subscribe Contact this Patch reporter: [email protected]