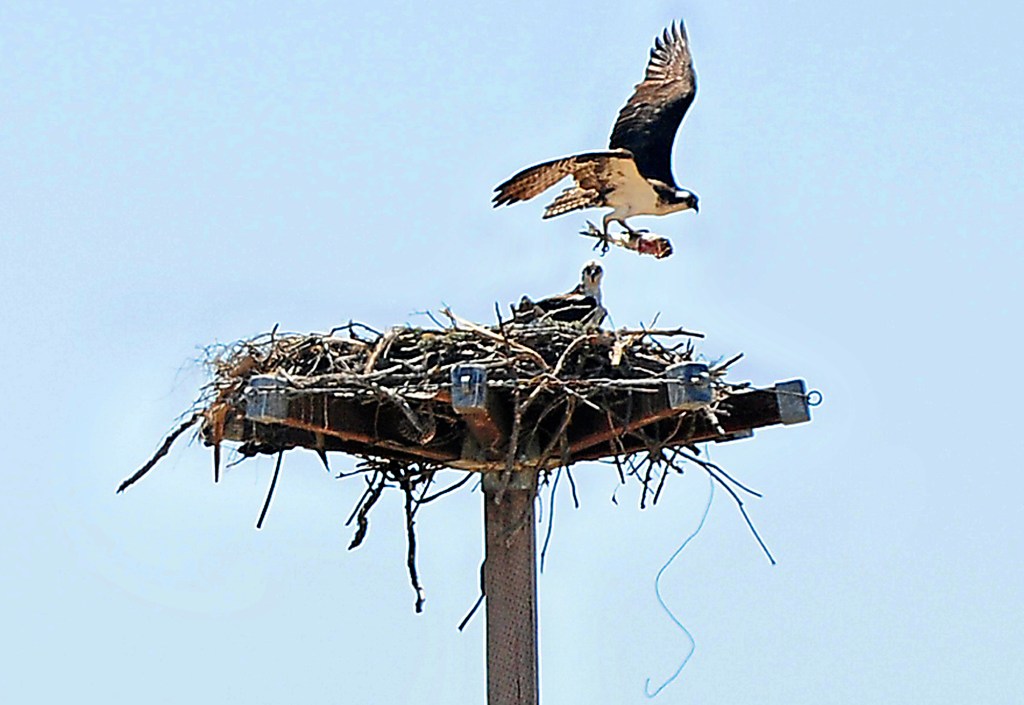 Bird enthusiasts are in for a treat when the 10th annual San Francisco Bay Osprey Days takes flight from its Mare Island headquarters this weekend.

The free public event highlights osprey nesting with guided hikes, trailers and presentations. Following Hybrid/Virtual Osprey Days in July 2020 and June 2021 due to COVID-19 challenges, this year’s event will again be held as a hybrid in-person and online event.

There is no cost or pre-registration required to attend the in-person field trips and zoom presentations. Two-hour guided boat trips from Vallejo Marina cost $45 per person and require pre-registration with Dolphin Charters.

“The logistics of holding events without headquarters from a hospitality center to a central gathering place and place of respite is more than a challenge,” Hayes told the Times-Herald. “I mean even ospreys have a nest to return to! However, I love the level of excitement and goodwill this Osprey celebration generates. You can’t imagine the number of calls/texts/emails from people telling me they’re bringing a young son or older father, all so excited to see up close and learn more about the Osprey.

Four two-hour boat cruises are scheduled by Dolphin Charters on Saturday and Sunday.

Dolphin Charters says pandemic restrictions will limit passenger numbers. A limited number of places are always available for all tours. Departure times from Vallejo Marina for the 2-hour Osprey boat tours are Saturday and Sunday 9-11 AM and 1-3 PM. The cost is $45 per person. Pre-registration is required. For reservations: call (510) 527-9622 or (800) 472-9942 or visit dolphincharters.com.

A rally is scheduled for Saturday evening from 6-8 p.m. at the Mare Island Coastline Heritage Reserve Entrance Park, Correa Court at Azuar Drive on Mare Island. It will include a light barbecue and refreshments for a requested donation. Osprey are likely to soar and call over the small park outside the gates of the reserve on these evenings. Park users and Osprey enthusiasts began to park and congregate outside the preserve gate due to the 5 p.m. closure of the main preserve by the city’s public works department. town of Vallejo.

Ospreys have nested in very small numbers for over a decade in the bay, thriving in San Francisco Bay since the early 2000s when the first successful breeding pair took up residence at the south end of Pier 34, at the mouth of the Napa River in the Mare Island Coastal Heritage Reserve. Numbers have tended to remain stable or increase with each nesting season.

As of 2021, 19 nesting sites have been documented on the Napa River/Mare Island Sound, including 56 throughout the bay. The osprey has not been documented to have nested in the San Francisco Bay in the 20th or 21st centuries or even in earlier times dating back to the Shellmounds of the indigenous peoples of the bay. Public interest and scientific monitoring of these newcomers are constantly growing.

Recently, webcams have become popular tools for public access to breeding birds. Two webcams monitor the bay’s osprey nests with the latest webcam placed by Island Energy at the northernmost nest on Mare Island at the intersection of the Hwy 37 exit and Walnut Avenue.