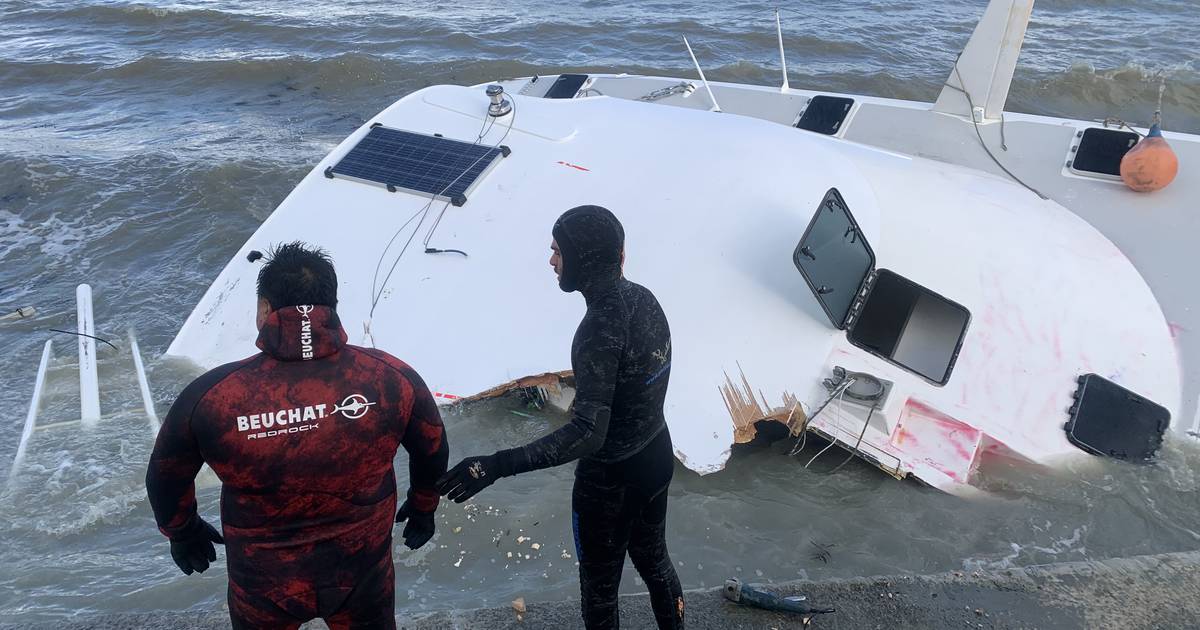 Owner of wrecked catamaran Wellington devastated at a loss

The son of the owner of a catamaran damaged in the storm that hit the capital on Thursday said the vessel was his father’s home which he had built from scratch.

It came as savage weather battered the lower part of the North Island, closing roads, grounding flights and leaving more than 1,000 homes without power.

Jason Aislabie, the catamaran owner’s son, told 1News that he and his father spent 15 years building the boat.

“It’s like part of the family is gone, we built the boat from scratch so it’s a pretty hard pill to swallow that he’s gone,” Aislabie said.

Video footage showed the catamaran being repeatedly rammed against the road at Lowry Bay, on the route between Seaview and Eastbourne.

On Friday, cleanup crews are on hand to try to find parts of Lady Marg in the water.

The owner, who was shocked to be interviewed on camera, said he was absolutely devastated, not least because his father’s war diary was in the catamaran.

“That was it for him. We got him off the boat about nine o’clock yesterday morning to go get some coffee or whatever, and about 20 minutes later he broke off and we got l ‘phone call.” said Aislabie.

“Everything he owns is on it, he only has his car now, he’ll have to start over I guess.”

A Givealittle page has been launched to help the owner.

Upcoming Bismarck road construction that could ruin your day

As leader of the Louisiana Purchase Expedition, Meriwether Lewis wore many hats – InForum