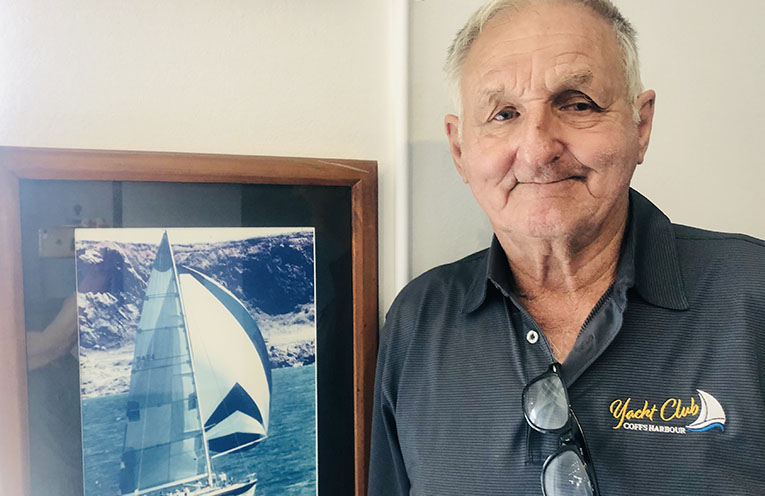 THE 36th race of the East Coast Classic Club Marine Pittwater to Coffs Harbor Yacht Race is underway after a two-year hiatus caused by Covid in 2020 and flooding in 2021.

The race has been revamped to become an April event which connects competitors with the winter regatta season in North Queensland.

Runaway is of Dutch design and was built in Brisbane in 1988.

“Runaway was entered in the two-split of the race, a tough short-crewed split competing against full-crewed boats,” commented Greg Peronchik of Coffs Harbor Yacht Club (CHYC).

“Tim and Mark are experienced sailors who have also competed together in Hamilton Island Race week 2019, Sail Port Stephens 2021, and Mark raced Runaway in the Bruny Island Race in Tasmania in 2021.

“This is their first sailing effort in a shorthanded race, and both are excited and looking forward to the challenge.”

Royal Prince Alfred Yacht Club (RPAYC) Race Director Nick Elliott said: “The race has its place in the heart of the offshore racing community and provides a fantastic route for new offshore sailors for a weekend. end of sailing, as well as to experienced sailors looking to break their previous racing records and that of the race itself.

Brendan Rourke, RPAYC Communications and Sailing Manager, estimated: “Given the range of the fleet, the first finisher could be 1am on Saturday morning and then extend into Sunday noon.

“The best way to follow is the Yacht Tracker system which is live throughout the race and each boat has a device on board.

“The RPAYC event website has details of the YB tracker.”

John Wait, CHYC Commodore, told NOTA: “The finish line is open water outside the harbor and is an extension of the tracks into the harbour.

“The terrain can be spread out for up to two days, so it is very difficult to choose the arrival times.

“That’s why the YB tracking device is a great help for spectators who want to see the arrivals of specific boats.”

Richard Hinton, Managing Director of CHYC, added: “We invite members and visitors to soak up this fantastic sailing atmosphere.

“To mark the weekend’s event, we created a signature Pittwater Pizza as well as concocted a rum-based cocktail, The Pittwater.”

The Coffs Harbor Yacht Club will host Race Club presentations on Sunday afternoon at the Club.

Further details of the race can be found on the event website at www.pittwatertocoffs.com.au.