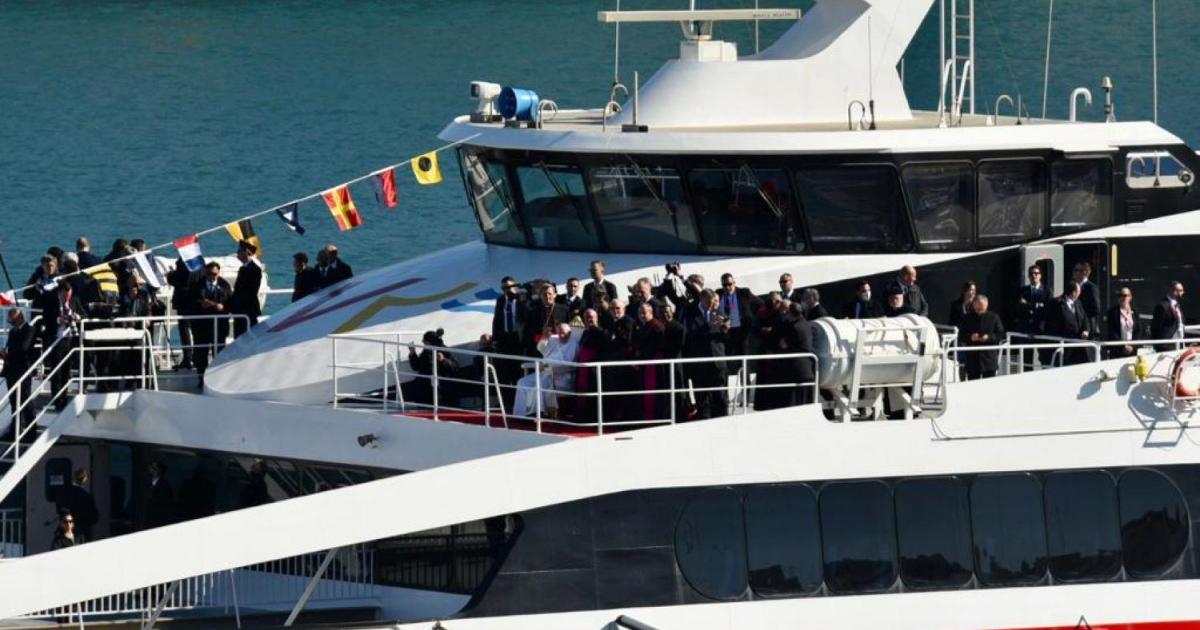 Pope Francis took the catamaran to Gozo on Saturday afternoon as he continues his two-day apostolic journey to the islands.

The trip was reminiscent of the only other time a pope had visited Gozo. On May 25, 1990, Pope John Paul II also visited Gozo and celebrated mass at the Ta’ Pinu shrine.

On Saturday, Francis had lunch at the Apostolic Nunciature in Rabat, where he will also spend the night.

But the 85-year-old pontiff had little time to rest before getting back into his official car to head for Gozo.

It leaves the Nunziature shortly before 3:30 p.m. and heads for Valletta, where the catamaran Virtu Maria Dolores was waiting for him.

The catamaran has no scheduled trips to Gozo and there was no suitable mooring for it in Mġarr, leading authorities to build a bespoke concrete ramp especially for the occasion.

In Gozo, Francis is expected to be driven in his official car to Victoria, where he will take his popemobile to Ta’ Pinu, passing cheering crowds.

The Pope gave a remarkable speech earlier at the Palace in Valletta urging Malta to fight corruption and land speculation.

Independent journalism costs money. Support Times of Malta for the price of a coffee.