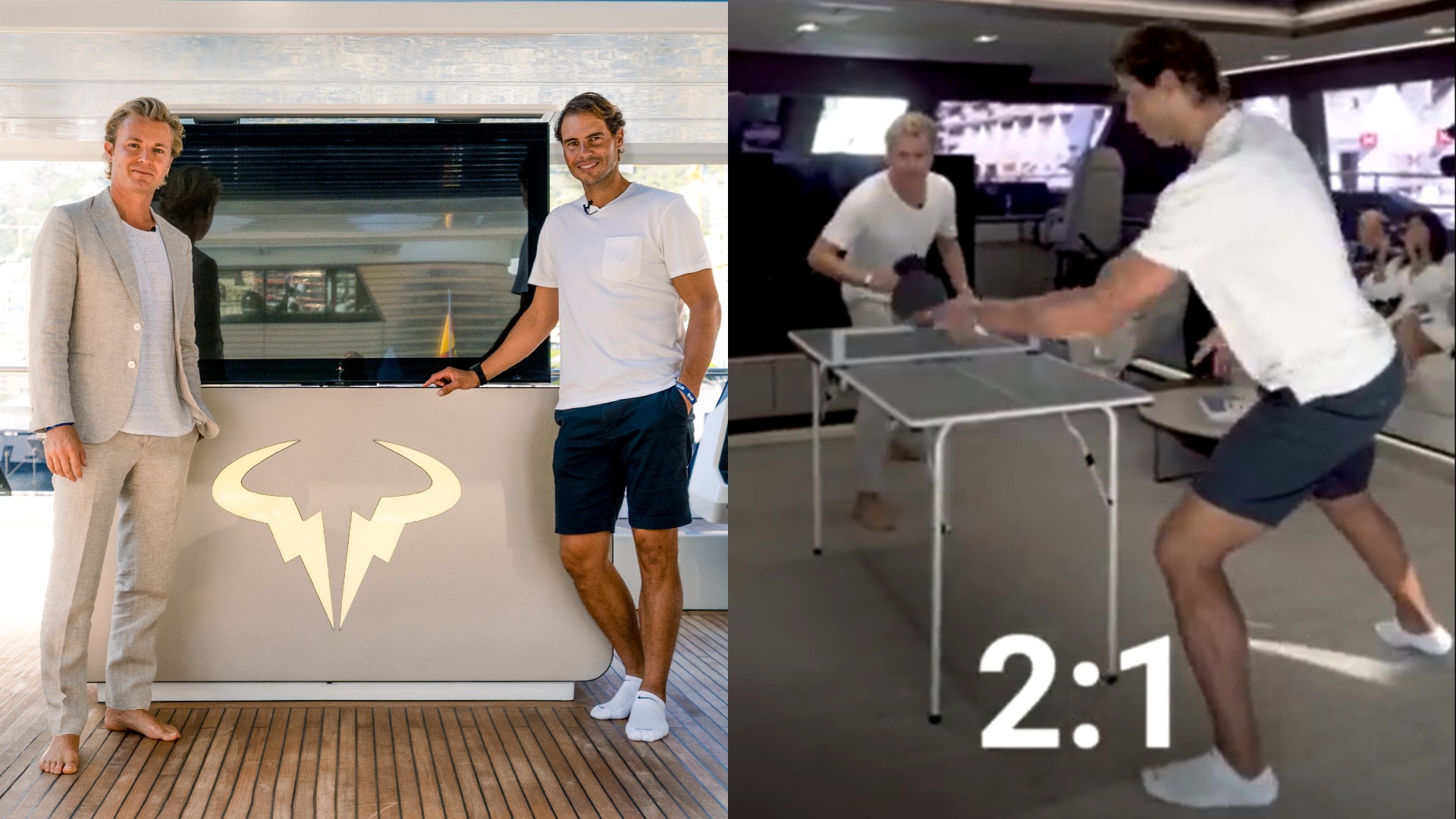 There were many highlights from last weekend at the Monaco Yacht Show (presented by Sunreef Yachts). The biggest story to note, however, involved two key guests in attendance. Tennis superstar Rafael Nadal invited 2016 Formula 1 world champion Nico Rosberg aboard his Sunreef 80 Power Catamaran Great White for a friendly game of table tennis.

Playfully called the ‘World Ambassadors Cup’ by Rosberg, as you would expect from a 20-time Grand Slam champion, the five-point game ended with Nadal taking the W. the honor of his opponent, it was not exactly a landslide victory. The final score was a pretty tight 3-2.

â€œIt was great to meet you today Rafael Nadal! Thank you for the nice discussions and for showing me around your boat. See you soon, â€Nico Rosberg said via Twitter alongside a pair of snapshots.

“A great time today with Nico Rosberg, nice to meet you and have a good conversation,” replied Rafael Nadal.

Rafael Nadal has taken some time away from the courts to give his chronic foot injury sufficient recovery time. The 35-year-old Spaniard has not picked up a racket since retiring from Wimbledon earlier this year, choosing to skip the Tokyo Olympics and the US Open afterwards.

Reports say Nadal received medical treatment for his chronic foot injury just days ago and will likely resume training in the coming weeks. And at the sound of it, Rafa is ready to come back in force, setting his sights on the 2022 Australian Open (according to his uncle, Toni Nadal).

â€œHonestly, with the illusion of improving myself and facing a process that is going to be difficult and painful at some point, but one that I have to go through to get back in a position to fight for what I want. I am determined to do it.

Side note: Does anyone else think Nico Rosberg looks like an 80s ski movie villain these days?