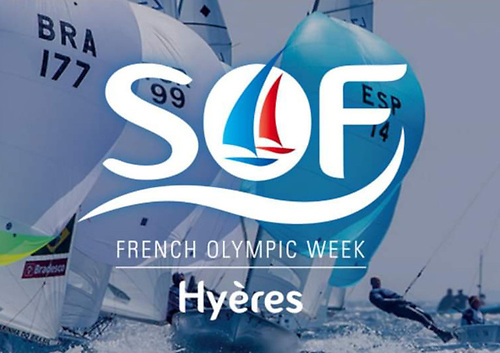 Registrations are now open for the 53rd French Olympic Week in HyÃ¨res which will take place from April 23 to 30, 2022.

As previously indicated on Afloat.ie, the SOF will bring together for the first time on the waters of HyÃ¨res the 10 classes that will be contested in Marseille at the Paris 2024 Olympic Games.

â€œIt will be a great sporting event, but also a great spectacleâ€, declares Christophe Gaumont, SOF events manager. â€œOf the 10 classes, five have foils. This will be the first time that we will host iQFOiL for men and women. The new classes mean that the SOF will operate with perfect parity.

â€œThere’s going to be a real sense of opportunity, because we’re only three years away from the games. The preparation period has been reduced by one year compared to other Olympic cycles.

â€œPerforming in HyÃ¨res, a lake adored by all competitors, will allow everyone to place themselves in the world hierarchy. There should be a lot of registrations!

Organized by the French Sailing Federation, with the support of the city of HyÃ¨res and the Toulon Provence MÃ©diterranÃ©e region, the French Olympic Week is a historic Olympic sailing regatta of international scope and will be the first French stopover for the Olympic Games. of Paris 2024, when the sailing events will take place in Marseille.

The Notice of race is available for download below, and registrations are open on the SOF website HERE.