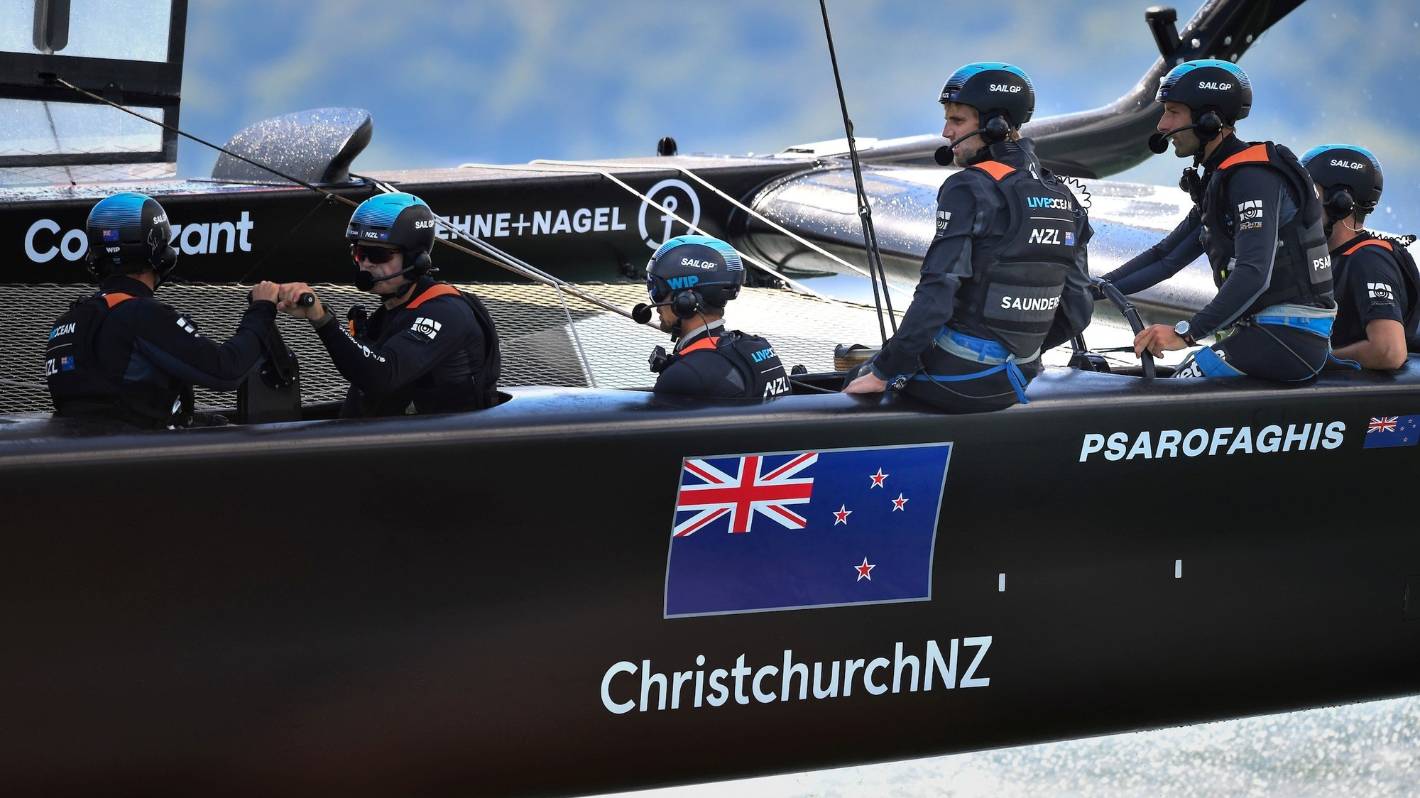 Arnaud Psarofaghis at the wheel of the New Zealand boat SailGP during a training session in Plymouth.

Swiss star Arnaud Psarofaghis hopes his role as a replacement for New Zealand’s SailGP team can help him propel himself onto the America’s Cup stage.

Psarofaghis remains at the helm of the New Zealand boat in Plymouth, Britain this weekend with Peter Burling on an Olympic mission.

Psarofaghis got off to a good start with Team Kiwi in Italy last month, securing their first race victory and finishing fourth to move up to fourth place overall in the world league.

The aim is to try to land a first podium at Plymouth, which would add to the growing stocks of Psarofaghis, which has won world titles in other foiling catamarans with the famous Alinghi brand where he has been sailing since 2016.

Talk continues to grow on Alinghi, the 2003 and 2007 winners, back on the America’s Cup stage.

“I don’t know much about the Alinghi rumor but sure enough for me it would be really good to be involved in the Cup. This is the next step for me in the future, it is the goal ”, said Psarofaghis Thing from Plymouth, fresh out of the water, training with the New Zealand squad.

Psarofaghis, who has been dedicated to fast multihulls since 2007 and has also excelled in foiling moths, said he was “amazed” by the new AC75 foiled monohulls on display in Auckland this year when Team New Zealand defended the Auld Mug.

“I woke up every night to watch them fly. They are really great, and I can’t wait to see one in real life, ”he said.

” It’s the future. Hope we can have more teams and things going.

He jumped at the chance to get involved in the SailGP program and believes the league sailed in the 2017 America’s Cup modified F50 cats in Bermuda, may be a bright path for professional sailors, especially the young generation of foilers.

“This is the chance of a lifetime,” he said of his work alongside New Zealand sailors in this large-scale environment.

“I really like that… every second on the water with the team. It’s easy because everyone is really nice and open-minded. Everyone shares everything and all their thoughts, so it’s a great working environment.

“I would like to stay involved. If I can get involved in any way, to help another team for the future… ”

Psarofaghis predicts another close affair in the league’s third regatta this weekend. Light and unstable conditions will test the fleet racing format with local geography coming into play in coastal racing.

“Italy was a great experience, it was a big step forward for all of us, and I think we’ve made good progress from Italy.

“But I think it will be more difficult than Taranto with windy conditions, we will have to really focus and push as much as possible to get on the podium.

“It’s going to be hard to find the wind and the current could kick in – it can be really hard to foil this boat and go fast. When it’s daylight, you never know what can happen.

Ranking of the SailGP season (after 2 events):