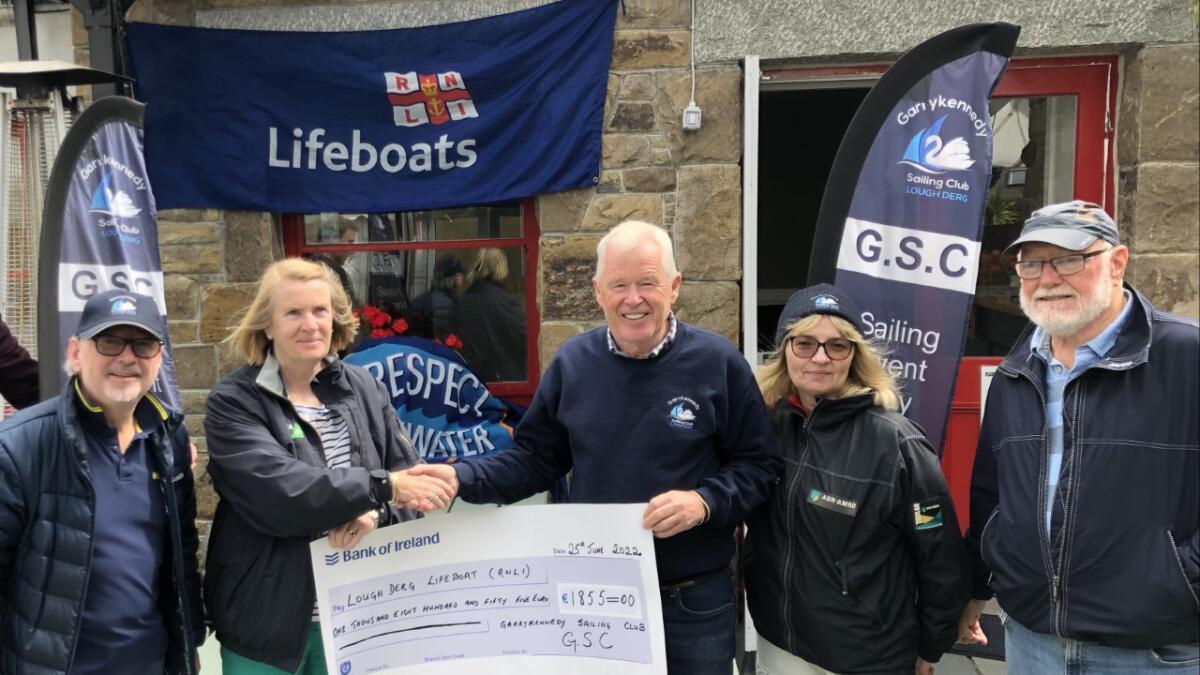 The sun was shining, the wind was blowing and the music was fantastic for the Garrykennedy Sailing Club fundraiser for the RNLI.

More than 20 keelboatmen took part in the annual Visitors Cup Sailing Race at the CGC. Boats from Iniscealtra Sailing Club (ISC) and Lough Derg Yacht Club (LDYC) took part in the race, which was won by ‘Forever Amber’, an LDYC boat skippered by Ann Barrington and Josh St John.

During the presentation of the trophy, a barbecue was provided by GSC in the beer garden at Larkins of Garrykennedy, followed by excellent music. The crowd was in high spirits as they were entertained by the fantastic No More Mossies in the glorious sunshine; later a big music session started with the Larkin/O’Connor gang.

A big thank you to all the committee members, who really pushed the boat out to make this day a huge success. We would also like to thank Bar Larkins, Bar Ciss Ryan, all the musicians and especially thank you to everyone who contributed to the RNLI and made it such a special day.