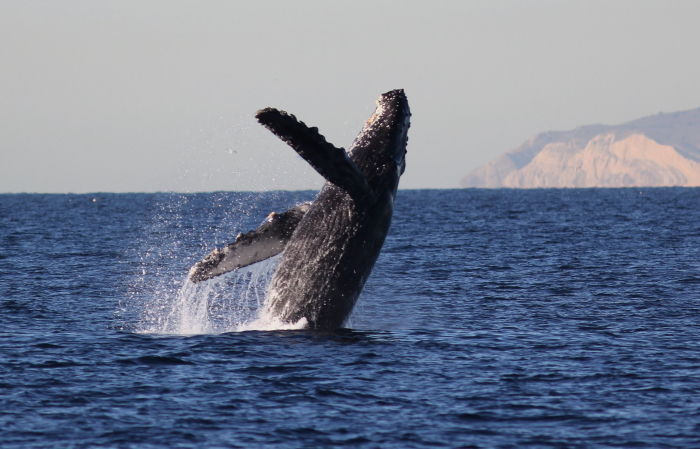 A coalition that includes the Sportfishing Association of California (SAC), the Golden Gate Fisherman’s Association (GGFA) and a number of other sport fishing, boating, outdoor trade and marine groups and organizations has put warning in a letter to the California Air Resources Board (CARB) on Wednesday that new regulations on harbor ship engine emissions would have dire economic, social and recreational repercussions statewide.

Due to pressure from Gov. Gavin Newsom’s office and other state organizations to tackle emissions along the lines of the new gasoline car ban law by 2035 signed last year and With the ban on new small gasoline-powered machines by 2024 passed earlier this year, the California Air Resources Board has decided to tackle emissions from ships. In the proposed new wording changes to the harbor pleasure craft regulations, the state would require all boat engines to be modified with technology to reduce emissions. However, CARB found that the necessary modifications did not yet exist, and although they were either built or would be too large to fit safely on most boats, requiring the construction or purchase of new boats which are or may be compliant.

Faced with few options, those who cannot afford the changes or new boats by January 2023 at the earliest will essentially be closed.

In response to the proposed changes, expected by a CARB vote on Nov. 19, the joint letter noted how serious this could be for California. In particular, the letter noted that although California is the last among the states for the number of fishermen per capita and fishing license sales have declined by 50% since the 1980s, sport fishing is once again in the spotlight. increase, with the state reporting a 19% increase in fishing licenses from 2019 to 2020. They also noted a diversification of those who obtain licenses, with women, Hispanics and African Americans among the fastest growing groups, suggesting continued growth in the future.

With the increase in sales of hunting and fishing licenses helping fund the California Department of Fish and Wildlife (CDFW), and the rebound in the post-pandemic tourism industry, which includes boat tours for sightseeing whales, fishing charters and other boat-related activities, the groups in the letter argue that the new regulations would reverse all of these recent gains and cause many businesses to shut down permanently. With anglers alone bringing in $ 5.6 billion a year to the California economy, even a breach in the industry could prove disastrous.

“Economically, we are looking at tourism and recreation associated with sport fishing and other activities that take place on these boats, such as whale watching and moving people on short trips, such as to islands off the coast, ”Roberta Gregg, a fisherman who has become a lobbyist for several related industries, told The Globe on Wednesday. “That’s a lot of companies, including some iconic California ones, that could face the chopping block. And that’s fair economically.

“Socially, it would ruin the diversification of the industry, traditionally more white and Asian, that is happening now. For decades, many people have been saying help bring people of all races, creeds and genders together, and the fishing industry has been doing this organically for quite some time now. And we can’t forget ecologically, because a lot of these fish stock programs to help keep populations growing in California have been funded by the very people who fish them. You are killing the fishing industry, you are really damaging the fish stock management programs.

Others agreed with the massive consequences that would likely occur, including the president of the Sportfishing Association of California, Ken Franke.

“The CARB regulations will have the unintended consequence of denying millions of Californians access to the sea as owners of commercial passenger vessels go bankrupt,” Franke said in a press release Wednesday. “CARB does not recognize that passenger ships are a valuable source of outdoor recreation and economic activity in California. For most Californians, these boats are their only access to offshore sport fishing and marine life.

“In addition, CARB did not consult CDFW to determine the impact that declining fishing participation rates may have on conservation and fishing programs, both offshore and inland. . Sales of fishing licenses and a federal excise tax on fishing gear and boat fuel fund many of CDFW’s environmental programs, with the federal government accounting for $ 3 for every state dollar donated.

“When California’s 2 million fishermen fish off one of the nation’s longest coastlines, they buy fishing licenses that fund conservation and fishing programs that protect local habitat. Unfortunately, CARB has not assessed the environmental and economic impact of regulations that will have a devastating impact on sport fishing and ecotourism all along the California coast.

In addition, the letter to CARB also pointed out that many hospitality and tourism jobs would be lost or reduced if the regulation were passed, running directly against Gov. Gavin Newsom’s priority of restoring jobs lost during the pandemic.

The public comment period on the proposed new regulations is scheduled to end on November 15, with the CARB due to vote on the issue on November 19.

How religion helped African migrants on a risky Atlantic crossing