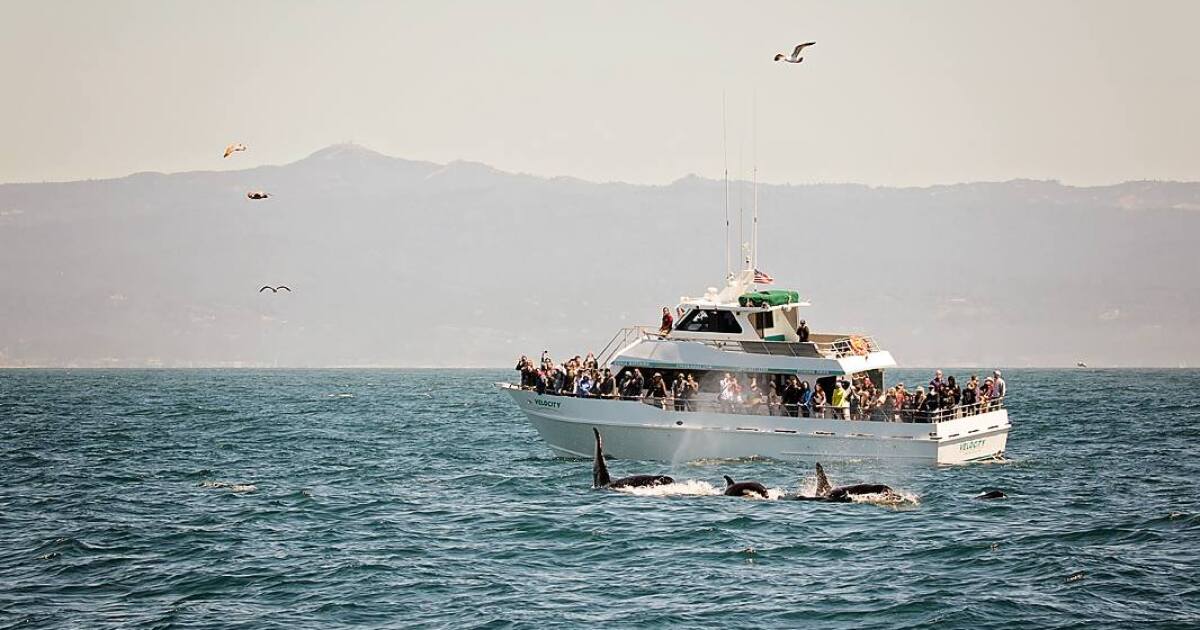 Last Friday, the California Air Resources Board met in Sacramento consider a measure that would require owners of sport fishing, whale watching and other tour boats to install the latest and cleanest diesel engines. The board has not taken a final decision and is expected to resume discussions on the matter next spring.

According to the agency, the boats create as much pollution as 162 school buses. It says the new rules could prevent 531 premature deaths, 161 hospitalizations and 236 hospital visits over the next decade.

“Pleasure craft are one of the three main contributors to emissions that increase the risk of cancer around port and maritime facilities”, said Bonnie Soriano, head of the cargo operations branch at the California Air Resources Board. “This [regulation] reduces the risk of cancer from emissions for nearly 15 million people.

But for locals like Ken Stagnaro – the fourth generation owner of Stagnaro Charter Boats in Santa Cruz – the proposal would be devastating.

“Our main assets in our business are our ships … for me each boat would cost between $ 1.5 and $ 2 million to replace,” he said. “A lot of people are just going to close their doors – if that boiled down, I potentially would too.”

Stagnaro – which operates a 60-foot yacht and a 56-foot yacht from the port of Santa Cruz – said its engines comply with state regulations. But the proposed rules would require the use of Tier 3 or 4 engines, which trap carbon and have a particulate collector.

For its type of boats, new engines are not an option. And he says the technology – currently used almost only in heavy trucks and farm equipment – can be dangerous in open water.

“They are taking a big risk, both in terms of security and financially, for something that has not even been proven on the ocean yet,” he said. “No one feels like it’s even possible to put them in a boat … there has to be better research on this before we throw our boats away and make them useless.”

Christina Glynn, spokesperson for Visit Santa Cruz County, said the organization does not track the number of visitors who come for specific activities. But, she said, it’s likely that a large percentage of the 3 million annual visitors come to see aquatic wildlife.

I don’t see how they can throw this at us like that … I don’t think we can survive.

“Whale watching is a very popular and essential activity for us to promote during the shoulder season from Labor Day to Memorial Day,” she said.

Given Santa Cruz’s proximity to the Monterey Bay National Marine Sanctuary, Glynn said the popularity of the area is tied to this accessibility.

“It would be catastrophic, I could not [replace the engine] without getting a loan or anything, ”he said of the proposal. “I don’t see how they can throw this at us like that … I don’t think we can survive.”

At the onset of the pandemic, Armstrong estimated he had lost at least $ 60,000 due to COVID-19 restrictions in April and May 2020. He said replacing his current engine to comply with regulations would cost the less $ 100,000.

In Santa Cruz County alone, Stagnaro estimates that 500,000 tourists come to the area each year for sport fishing and whale watching; without the charters, it could be a blow to California tourism dollars.

“We are the primary public access to the Pacific Ocean here, we have significant assets in Monterey Bay for whale watching,” he said. “How are you on the ocean without us?” “

It could cause a domino effect, Stagnaro said.

“If people cannot get out on the boats, it would reduce travel, activities ashore and restaurants,” he said. “It’s a huge consequence to put aside all these businesses that have crossed generations of families. “