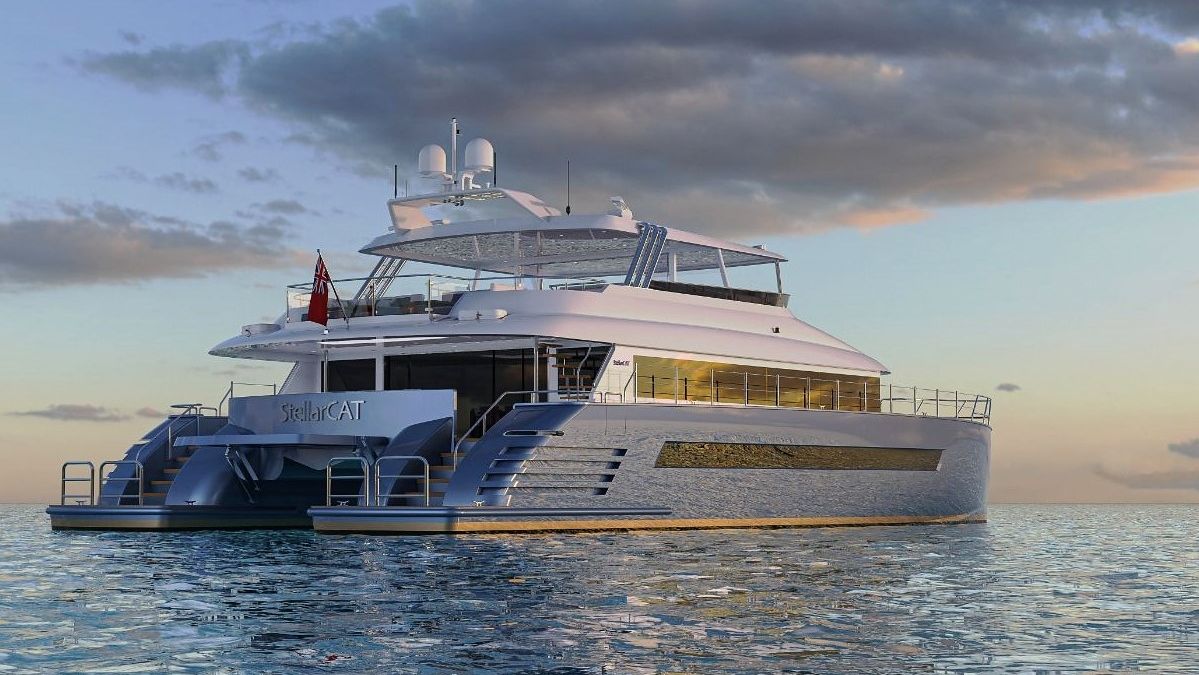 Both models can accommodate up to 12 people in six cabins alongside a crew of four. Power comes from the Volvo IPS series engines on both models, but performance varies – the AL20-2 has a top speed of 30 knots and a range of 3,600 nautical miles, while the AL25-2 reaches 21 knots with owners able to choose a faster propulsion package.

The AL20-2 flybridge includes a bar and a seated sofa

The AL20-2 features a large flybridge with a settee, bar and aft-facing sun loungers. Elsewhere, the yacht has an aft swim platform and a 44 square meter salon with wrap-around windows.

The AL25-2 flybridge is described as: “a huge terrace on the sea, rather than a flybridge”, near the courtyard. The space includes an outdoor dining area for 10 people as well as a relaxation area for up to 15 people.

Owners can choose from three internal layouts, which include the choice of having an owner’s cabin located alone on the main deck or having space split between two cabins.

Other models in the series are currently “finalized” and should be unveiled in the coming months.

The second season of the red snapper will begin on Friday