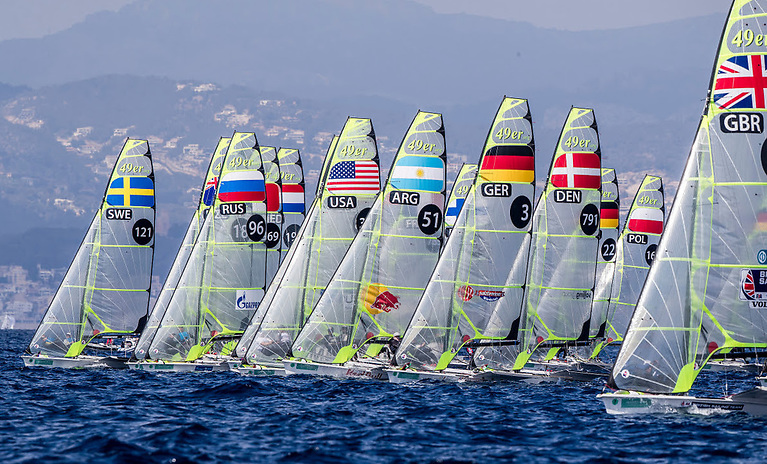 The 51 Trofeo Princesa Sofía will transform the Bay of Palma into a world center for Olympic events from April 1 to 9. Exactly two months before the start of the competition program, the regatta co-organized by Club Nàutic S’Arenal, Club Marítimo San Antonio de la Playa and Real Club Náutico de Palma has already received the registration of more than 380 crews , which, in the words of its technical director, Ferran Muniesa, anticipates a bloated edition: “Having such a high number of entries at this stage of the year is excellent news. Since we announced the cancellation of the 2020 edition due to the pandemic, we have continued to receive testimonies of support from the entire international sailing community, and this rate of registration confirms that the teams are looking forward to the Trofeo Princesa Sofía.

First major multi-class regatta since the start of the pandemic

The 51st Princess Sofia Trophy will be the first major multi-class regatta since the start of the pandemic. “It’s a source of pride to contribute to the return to normalcy, but on the other hand it’s a great responsibility,” Muniesa said. “From the organizing committee we work tirelessly to ensure everyone’s safety, we are in close contact with the health authorities and always attentive to the evolution of protocols. The gradual opening of borders allows most teams to plan their transfer to Mallorca, but there are still countries like Japan or China whose circumstances limit the participation of their crew members.These limitations do not prevent that among the confirmed registrations there are athletes from 52 nationalities, including countries as distant as New Zealand, Australia or India, as well as a large participation from the American continent and, of course, from all European countries.

Objective, 700 teams
The forced absence of several federations will reduce the number of teams, but the organizing committee expects to reach the magnificent figure of 700 boats on the water. At the time of writing, 382 teams are registered, with ILCA 7 (110) and ILCA 6 (76) making a significant contribution. Next in number are the 49er FX (40) and 49er (34), the mixed 470 (28) and Nacra 17 (28), the men’s IQ Foil (24), the women’s IQ Foil (16), the men’s Formula Kite (16 ) and formula kite for women (10). “The flow is incessant, but it is precisely in these weeks that the pace of registrations traditionally accelerates, so we do not rule out exceeding a thousand sailors on the water”, concludes Muniesa.

As part of their preparation programs, participating teams anticipate their arrival in Mallorca to sail weeks in advance. Several federations have confirmed their intention to participate in the Mallorca Sailing Center Regatta, a training regatta ahead of the 51st Trofeo Princesa Sofía to be held from March 10-13. The spectacle of the Olympic classes will return to the Bay of Palma with an estimated presence of more than 200 boats.