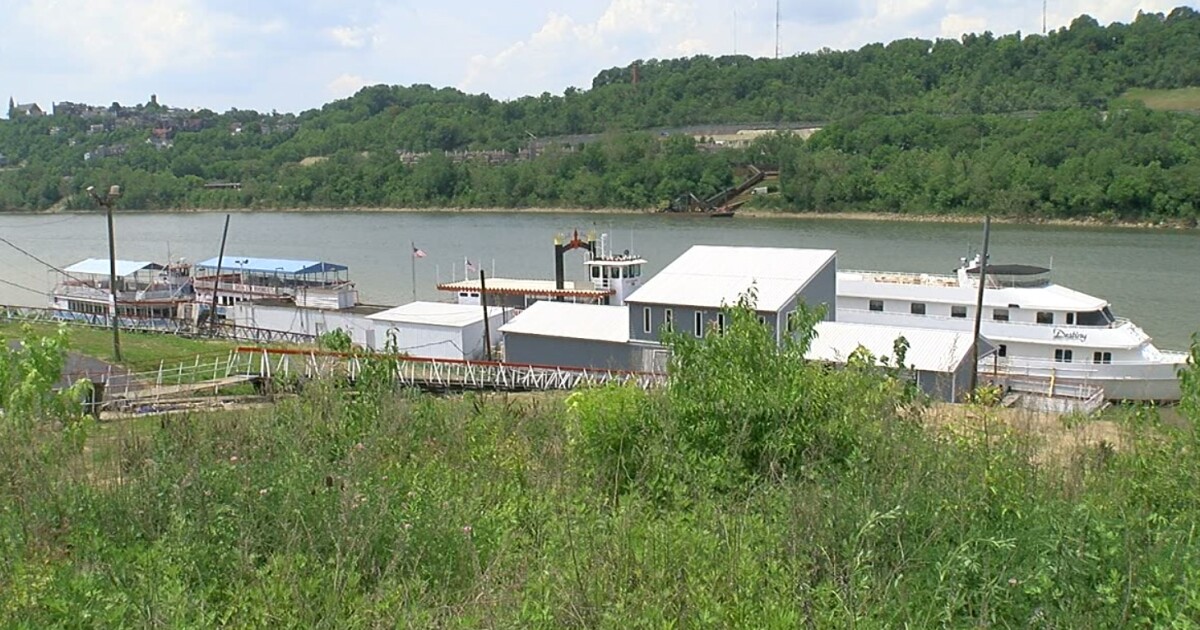 CINCINNATI – Queen City Riverboats owner Don Jones highlighted his experience on the river when he asked the Cincinnati Park Board of Directors to choose their boat dock proposal over a rival offer from H. Hafner & Sons Inc.

But Jones has yet to speak to the city about one aspect of his river experience: The U.S. Coast Guard has ordered Queen City riverboats not to carry passengers for several months this year after failing multiple inspections with dozens of gaps.

In a series of interviews, Jones initially denied that his boats were inactive and then blamed the previous owners for the maintenance issues he inherited when he bought the company in July 2020. He also put the blame on the former owners. question the relevance of the Coast Guard’s inspections in relation to its wharf proposal.

“The Coast Guard doesn’t even inspect a dock,” Jones said. “Why are the two linked? “

But tour boat operators say it’s unusual for passenger ships to idle for weeks. Yesterday, two of these operators asked the park council to do more due diligence before making its final decision.

“A dock is just a boat without a motor,” said Andy Storch, owner of Classy Venture Riverboat Charters. “If you can’t operate a charter boat safely, how can you operate a dock safely? “

WCPO 9 I-Team has been reviewing the safety record for Queen City Riverboats since April, when the city was preparing for its tendering process after the park council withdrew its request for the city to negotiate a contract without tender with Riverboats in the city of the Queen.

Last November, Jones got unanimous board approval for a plan to build and operate a wharf in front of Cincinnati’s Public Landing. But critics have warned it will prevent passenger ships like the Delta Queen from stopping in Cincinnati.

In April, some of those critics alerted the I-Team that Queen City Riverboats had lost their Inspection Certificate, a Coast Guard document that allows them to offer commercial passenger service.

“Whoever your informant is, they have the wrong information or the wrong intentions,” Jones told the I-Team on May 6.

A day later, the Coast Guard confirmed that the Queen City Fleet had been ordered not to carry passengers.

Lt. Commander James Brendel said inspectors had found “deficiencies in all boats” in the company’s fleet and that these deficiencies needed to be corrected before the boats could be used for commercial service.

“I’m not going to go into the levels of the different things that we released,” Brendel said at the time. “We have been working with them over the past few weeks.

Ten days later came this response from Jones, through his lawyer:

“Following the purchase of Queen City Riverboats, my partners and I are preparing for our initial launch of two tour boats. As part of this process, we undergo routine Coast Guard inspections and have been asked to do some minor maintenance and training. Such a request is routine and trivial. We have dealt with the items highlighted by the Coast Guard and are awaiting a follow-up inspection. The safety of those who operate and board our tour boats is our top priority, and we plan to launch them soon. “

The I-Team applied under the Freedom of Information Act in May for five years of inspection records for seven boats owned by Queen City Riverboats or Jones himself. These files, mailed to the I-Team in August, showed 81 failures on the seven vessels since July 2020, compared to 45 failures for the same boats in the four years preceding that date.

“That’s a lot of shortcomings,” said Storch, a former Navy commander who operates a towing business on the Ohio River in addition to his charter company. “In my experience in the US Navy, this number of deficiencies, if it happened during an inspection, a ship captain or his boss, a squadron commodore, would be relieved of his command.”

Records show Jones stopped using two of the boats, while others remained out of service until the issues were resolved.

Some of the more serious violations concerned the training of crews.

“The ship’s crew were not familiar with the basic operations of the multiple functions of the ship’s systems,” wrote a Coast Guard official during an April 22 inspection of the Spirit of Cincinnati paddle steamer.

On the 150-passenger Destiny yacht, an inspector noted on May 4: “During the exercises it was evident that the captain (pilot) was unaware of the function of the bow thruster, of the internal communication. the ship or the location of the first aid kit.

The Destiny yacht passed the inspection and was cleared to resume passenger service on August 25, said Lt. Nicholas Olmstead, who replaced Brendel as the top local Coast Guard official in July.

The Spirit of Cincinnati is now in dry dock under repair. Olmstead declined to reveal the shortcomings cited during the boat’s last inspection on July 29.

“The most qualified guy on this river”

“A lot of the things that we got on these boats, we inherited it,” said Brendan Sullivan, a real estate developer who partnered with Jones to buy the company as part of a larger land deal. “The guy we bought them from hadn’t done any work on them for probably five years.”

Sullivan is the Managing Partner of Riverbend Development in Manhattan Harbor, which builds apartments and condos along the Dayton River, Kentucky. Sullivan said he negotiated a two-phase purchase of land owned by Bob Nolan, who would not sell the land unless Sullivan also purchases the Queen City Riverboats business. When the deal was made, Sullivan said he invited Jones to co-own and manage the business.

“Don Jones is perhaps the most skilled guy on this river,” Sullivan said. “At first we thought we were just going to move this business or sell it, but our intentions changed. We think that will be a really positive attribute and convenience for the real estate that we do.

Nolan said he was not to blame for the Coast Guard’s shortcomings following the sale.

“They just don’t have anyone who knows the area and knows how to operate the boats,” he said. “When I sold we had four boats and they were all certified.”

“No boat here has ever been out of service for this long,” said Dennis New, who left Queen City Riverboats last July and now operates the Anderson ferry. “When they bought Queen City, Queen City didn’t have a crew because we were in the grip of the pandemic. But it was up to them to hire a team and form a team before they went into service. It was failure.

New said the Coast Guard had halted passenger service due to safety concerns.

“They didn’t know anything about the equipment and they couldn’t answer Coast Guard questions and they didn’t have a crew trained to do exercises,” New said. “The most important thing is the safety of the passengers. And if the people who work there have no idea what they are operating, then the passengers are not safe.

Queen City Riverboats was asked about its safety record in the city’s bidding competition, according to files released yesterday by the Park Board.

Purchasing Manager Bobbi Hageman asked Jones in August to provide details of “any significant safety incidents” and “Coast Guard concerns and / or certification issues that have arisen over the past five years. years ”.

Jones responded with an email stating that the company “had failed some mechanical aspects of our annual USCG inspection,” but had “fully complied with all of their inspection requests and requirements.”

Park board chairman Jim Goetz told the I-Team in September that he was unaware of the Coast Guard’s shortcomings at Queen City Riverboats, but added: “This would be something important for us to know ”as that“ would give us an idea of ​​the type of transaction the bidder would perform. “

Goetz did not ask about the Coast Guard’s shortcomings when Jones presented his boat dock plan on November 11.

“The QCR team bought the 30-year-old company about two years ago and inherited its employees and the deficiencies of its boat,” the company said. “Due to not meeting a deadline for paperwork, QCR missed the opportunity to have compliance issues protected or judged by pre-existing more lenient Coast Guard standards. Instead, boats and employees were subjected to newly enacted and very demanding Federal Maritime Standards. . As a result, maintenance items were identified and corrected that might otherwise have gone unnoticed. “