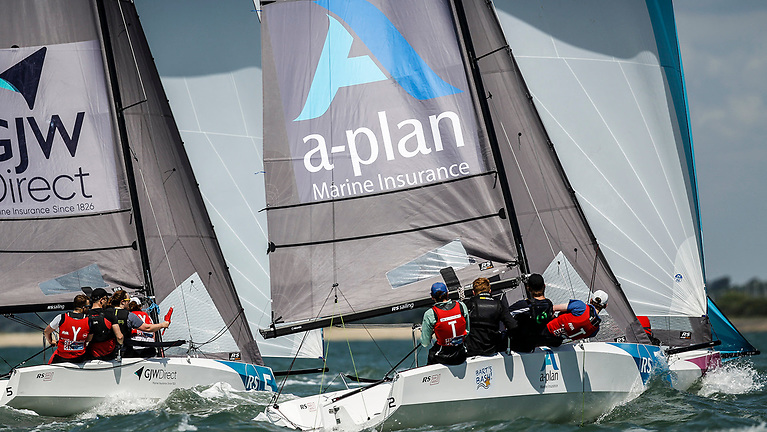 The British Keelboat League (BKL) is urging teams to secure their entries for 2022 after the launch of a new format designed to make the series bigger and better than ever.

In an exciting innovation for this year’s BKL, there will be an invitational Premiership for club teams as well as a Championship for anyone who wishes to participate in the paid series.

Visiting stunning locations across the country, a fleet of ready-to-use keelboats at each event will allow sailors to simply #RockUpAndRace and teams can compete with four or five crew members on board. Registration for all events is now open for the British Keelboat League and clubs wishing to compete in the Premiership must register their interest by April 1.

Richard Moxey, RYA Keelboat Development Manager, said: “We are really looking forward to this year’s BKL which promises all the thrill of previous years for clubs as well as a fantastic opportunity to widen participation so that even more people can enjoy keelboat racing.”

Clubs do not need to have the same crew members on board at all three events so the crew can alternate based on individual availability for the series, which will go as follows:

Among the clubs invited to participate in the 2022 BKL Premiership is Marconi SC in Essex, who won the BKL qualifier in Cardiff in 2021 and finished fifth overall in the final.

The club’s Peter Ward said: “Our members were fixated on their devices with every result. It felt like the whole club was invested in the success of our young sailors at BKL. We have been participating in BKL since 2016 and this has allowed our club to focus on introducing our young sailors to keelboat racing. To be selected to represent our club, in what is the highest level of inter-club competition, is considered a real achievement by our sailors.

Clubs are invited to register their interest in an invitation to participate in the BKL Premiership by emailing [email protected] before the April 1, 2022 deadline.

By expanding entry beyond clubs for 2022, BKL aims to be more inclusive and as in previous years there will be a warm welcome for experienced keelboat sailors and those wishing to try this aspect of the sport for the first time. times, with support for attendees at each event.

Tom Low, whose team from West Hoe SC in Devon are planning to compete in this year’s event at Hayling Island SC, says: “BKL is arguably the most fun style of racing available to sailors in the UK. United as it encompasses the best of all types of racing. sailing, concentrated on a weekend. You sail with your buddies, against your buddies, in fast, light, responsive and powerful sport keelboats. You can take part in 16 races over the course of a weekend, each race lasting 15-18 minutes, so lots of practice starting, boat driving, intense boat-to-boat tactics, on a high energy short course , and when the breeze is up, the adrenaline is up! And you don’t even have to own a boat – just rock, rig…and go!”

The West Hoe SC team have participated in the BKL almost every year since its launch in 2016 and last year qualified for the Sailing Champions League, competing in Kiel in Germany, which Tom describes as an “absolutely brilliant experience. adding: “They were incredibly supportive and helpful and there were 32 teams of so many nationalities, we were racing against every European country you can think of and it was almost like a mini Olympics. It was really fun.”

Jack Fenwick, British Keelboat League Series director, urges clubs and other teams to apply as soon as possible: “For the BKL Premiership, applications must be submitted by April 1 and I urge clubs to take up the opportunity to run. not only each other for bragging rights, but also potentially competing internationally. The Sailing Champions League is very important and by participating in the BKL Premiership, your club could win a ticket to join the best clubs from all over Europe who will participate in the 2023 edition.

“With the Championship Series, entry to BKL has now been opened up beyond clubs for the first time, so you can cruise with your friends or family and build your own team of weekend warriors! Dates Entry limits for each event in the Championship Series are on the BKL website, so take a look and register your team – it will be great fun and a real opportunity for more people to get involved.

Check out the Notice of Race and learn more about this year’s BKL and register here.