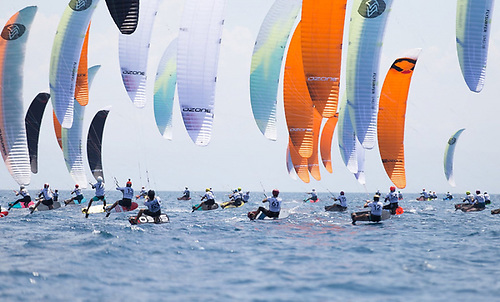 The Men’s and Women’s Kitesurfing Events will replace the Mixed Kitesurfing and Mixed Offshore Events which were democratically selected by World Sailing members and remained World Sailing’s premier events for Paris 2024.

In December 2020, the IOC informed World Sailing that a further review of the mixed offshore event would be undertaken to properly assess the main considerations.

Further IOC updates in April 2021 made it clear that the proposal was continuing to be considered, in line with the approach taken for other sports, and highlighted the challenges for the existing mixed offshore event in the areas of security, scope and complexity of the playing field, cost of dissemination. and complexity, and World Sailing does not have the possibility of organizing an Offshore World Championship.

As the IOC’s final evaluation on the mixed offshore event continued, World Sailing was asked to present alternative event proposals for the 10th Sailing Medal at the Paris 2024 Olympic Games.

The decision was taken at the IOC Executive Board meeting today, Thursday, June 10, 2021 in Lausanne, Switzerland, following a recommendation from the IOC Program Commission.

David Graham, Managing Director, commented: “The World Sailing community selected the mixed offshore event and our list of events gave a true representation of the depth and breadth of our sport.

“Throughout this process, the mixed offshore event has remained our premier event with the entire offshore community putting a lot of time and effort into the discipline. Today’s news will be heartbreaking for the thriving offshore community, but we will continue to ensure the long-term growth and sustainability of offshore shipping.

“The IOC has provided us with clear advice and its decision-making is consistent with other sports and events. The World Sailing community has moved quickly to come up with alternative events and we are delighted that the IOC has followed our advice and selected our first alternative proposal of and women’s kitesurfing.

“Men’s and women’s kitesurfing will bring enormous opportunities in terms of universality, the development of women’s sailing and the media appeal of these exciting events. the south of France.”

President Quanhai Li said, “The World Sailing community has had little time to decide on the alternative event for the IOC’s review. I would like to thank our Council, the Member National Authorities, my Board of Directors and the Management for their tremendous efforts a democratically decided alternative event in a short period of time. I also thank the IOC for its support in the process.