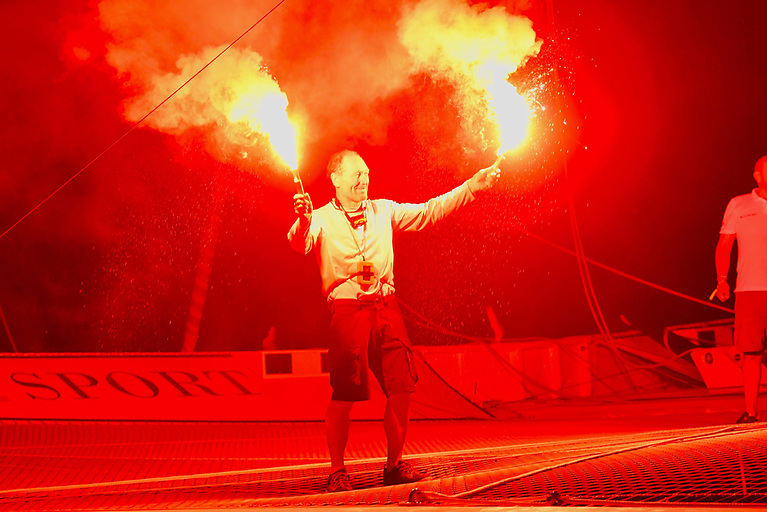 In exactly six months and one day, 138 sailors will line up off Saint Malo at the start of the twelfth edition of the Route du Rhum – Destination Guadeloupe. The 2022 edition has already broken records for entry size, attracting the largest number of solo transatlantic runners ever assembled for a race. And, as always, emotions are already starting to rise as the intrepid solo sailors contemplate their rendezvous with fate, the start of the mythical race from Saint Malo to Guadeloupe. Among them, seven former class winners express their unwavering passion for the Route du Rhum Destination Guadeloupe.

It’s actually Friday, May 6, when the “six months to start” timeline passes. In many ways, it’s a key marker for solo racers and their teams. On the one hand there is a certain impatience to return to the Corsair City and take advantage of the preparation before the start of the race, but on the other this date is a salutary reminder that the time for preparation is running out and that the clock is ticking fast. .

And while any participation in the Route du Rhum Destination Guadeloupe, especially the first one, is a career milestone, winning a division is usually life-changing, for the better. On this next edition, four class winners will be back to defend their titles: Francis Joyon (IDEC Sport) in Ultim 32/23, Paul Meilhat (Biotherm) in Imoca, Armel Tripon (Les P’tits Doudous) in Ocean Fifty fleet and Yoann Richomme (Paprec Arkea) in Class40. And then there are also three other former winners, namely Erwan Le Roux (Koesio) winner in 2014 in Ocean Fifty, Roland Jourdain (We Explore) winner in 2006 and 2010 in Imoca and Philippe Poupon (Flo) winner in 1986. All will be be on the starting line on Sunday November 6, 2022.

Joyon, Meilhat, Tripon, Richomme, Poupon, Jourdain and Gavignet are all addicted to rum.

Whether they have already won it once and in very rare cases twice, all these winners have a special history with “Rum”. Six months before the start of the 2022 edition, seven former winners describe what makes this race unique.

Francois Joyon (IDEC Sport), winner in Ultim 32/23 in 2018, is putting his title back into play this year at the helm of the same boat as 4 years ago; an Ultim maxi-trimaran which holds the unique record of having already won 3 editions of La Route du Rhum – Destination Guadeloupe (2010 – 2014 – 2018): “The Route du Rhum is the most beautiful of transats, a dream for any sailor of multihulls. There are no two identical editions. We always go into the unknown, and I like all this part of uncertainty. I am aware that it is becoming more and more difficult to win this race. In all divisions, all classes have become more professional. With my small team, we will err on the side of amateurs, but the Rhum allows me to rub shoulders with a few atypical sailors in the Rhum Class in particular. This race has enough little-known and challenging aspects to keep it really adventurous. On a multihull, all these races are dangerous and from this point of view, in my opinion, this race still holds a lot of suspense. The Route du Rhum has the particularity of being rough, the autumn depressions cause the heavy seas to rise, but overall the route towards the trade winds is always pleasant on these multihulls. I am not satisfied. I still have a huge appetite for this amazing game. I feel good, I still want to do it and I believe in my luck.

Paul Meilhat (Biotherm), winner of the 2018 edition in Imoca after this incredible finish where he repelled the penalized Alex Thomson. Meilhat is back this year with a brand new boat, eager to get there: “The Route du Rhum is part of my childhood memories and in particular the victories of Philippe Poupon and Laurent Bourgnon. Then there was the double of (Roland Jourdain) Bilou in the Imoca, a little later, at the age when I was starting to compete in a dinghy. Personally, I have a special relationship with La Route du Rhum because when I saw the Imoca “Macif” set off from François Gabart’s victory in this class in 2014. I knew then that I would take this boat after he completed a four-year program that took me to victory in 2018. Since then, I have been looking for partners for 4 years and my story begins again with this race.”

Armel Tripon (Le P’tits Doudous), title holder in the Ocean Fifty, is back this year to defend his title after an unforgettable victory in 2018: “Winning the Rum is above all the success of a team and a sponsor who believed in you. I won in 2018 it was magical to feel this huge element of positive energy that all of this generated. I had the feeling of having been able to run this race thanks to a serene and well-controlled preparation. I will always remember the passage around the island and the completely crazy arrival. It was my first big win! And, yes, I would love to win it again, but it’s always harder to win again. This is what makes the challenges exciting, what makes us surpass ourselves and what makes the chemistry work”.

Yoann Richommewinner of the 2018 edition in Class40, is again in contention this year in the same category aboard “Parec Arkea” before the launch of his new Imoca built for him and which will be launched on next season: “Beyond the mythical event that everyone knows, La Route du Rhum – Destination Guadeloupe is a race that motivated me to orient myself towards circuits other than La Solitaire du Figaro, c It’s also an event that changed my career as a sailor when I won it four years ago. another twist to my sports project. It’s an exceptional event, one of those that made me dream big. I really can’t wait to go back. It was really unthinkable for me not to participate in this 2022 edition. I am delighted to be back to defend my title”.

Philippe Poupon (Flo) is one of those pioneering sailors who have marked the history of ocean racing and paved the way for generations of ocean racers. For this 2022 edition, the legendary solo winner in 1986 returns with a legendary boat, in the Rhum Multi category: Florence Arthaud’s Pierre 1er, whose images of victory in 1990 are forever etched in people’s minds: “Gain la Route rum, it’s a great moment. Winning a race that only happens every four years makes victory even more important. After four participations, a victory and a second place, here I am back 32 years later. This time it’s a bit like the making of a film on Florence Arthaud by my wife Géraldine Danon and the purchase of the Pierre 1er boat, it’s a great opportunity to pay tribute to Florence”.

Roland Jourdain (We Explore) is one of the very rare double winners of La Route du Rhum – Destination Guadeloupe. Triumphant in Imoca in 2006 and 2010, “Bilou” looks back on this race. On November 6, he will be at the helm of a catamaran built in flax fibers and registered in Rhum Multi, which he will start: “My first victory was a real whirlwind of emotions, on the one hand because it It was a dream that was but also because this first place was all the more beautiful as “it was the end point of a very good fight with my competitors. I had lost my keel a few months earlier in the Vendée Globe and this arrival in Guadeloupe, as the winner, it was a great way to exorcise those memories. For my second victory, the race was also very intense. I remember a complete state of grace, which happens very rarely. Everything happened as if I were in suspended animation. I was 14 years old at the start of the first Route du Rhum. The arrival of Mike Birch was a very strong moment, an image that remains with me. again. This race is a postcard of the evolution of boats over time and that is why I have I really want to come back this year, with my linen boat!”.

Sidney Gavignet won the Rhum Mono aboard “Café Joyeux” in 2018. Gavignet is not on the entry list this year but the navigator who has become a coach will nevertheless be present in Saint-Malo, alongside Alberto Bona (Ibsa), of which he will be the substitute skipper, and of Oren Nataf (Rayon Vert) accompanying them in their preparation: “For a sailor, winning the Route du Rhum – Destination Guadeloupe is a great opportunity, a significant event a bit like the first passage of Cape Horn! I am deeply grateful for the event itself. What I like most about this race are the ten days before the start. I think I could do it again just for that! There is something unique about this period; a pressure that grips everyone, starting with your loved ones, your partners and your team. If we manage to master it, doing this work on ourselves which allows us to live it without it invading you while remaining a ‘fan’ is a delight”.

See you in 6 months… and a few days, to find out the names of the sailors who will also mark the history of La Route du Rhum – Destination Guadeloupe with their victory!