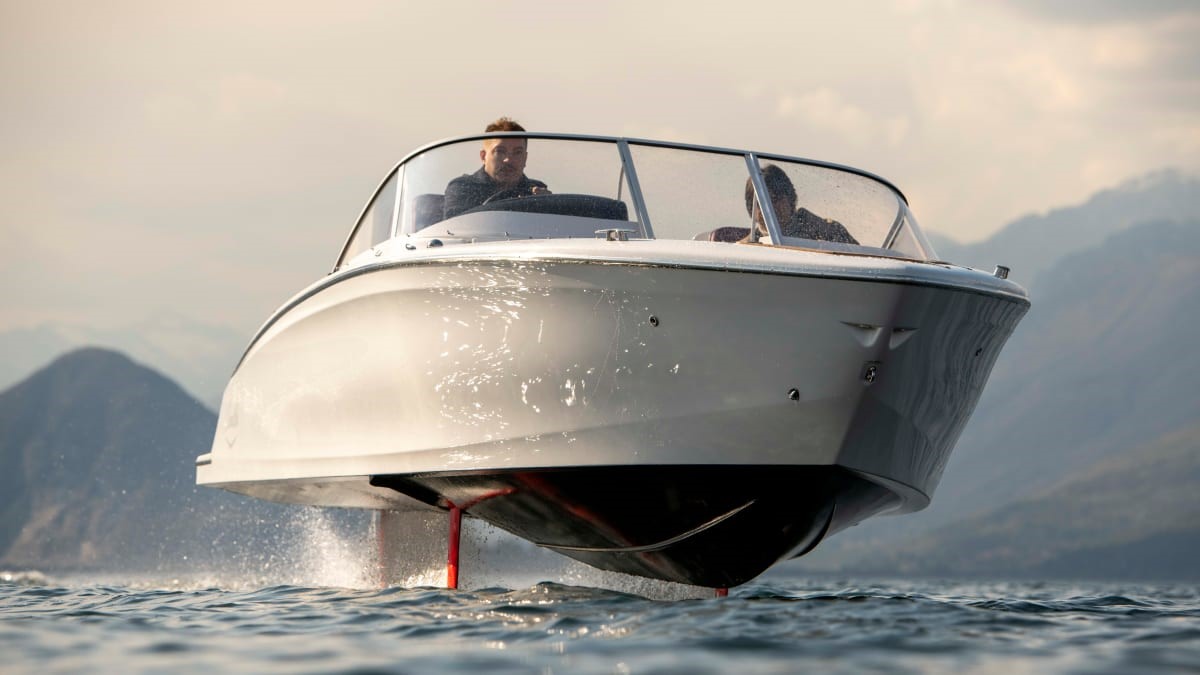 As Formula 1 sailing returns to San Francisco for the United States Sailing Grand Prix of Mubadala this weekend, the French team has a trump card up its sleeve: Candela C-7, the premier pursuit boat electric hydrofoil in the world, which could help them score in the new Impact league.

Flying over the water at speeds of up to 60mph, the 50ft catamarans of the international sailing league SailGP are the equivalent of Formula 1 cars on the water. This weekend, eight teams will line up for an adrenaline-filled Season 2 finale in the San Francisco Bay Area.

For the first time on the sailing circuit, the flying catamarans will be accompanied by an equally elevated pursuit boat: a Swedish-made Candela C-7 electric hydrofoil, which will be used by VIP guests and France SailGP Team media. to follow the races. close.

Much like the F50, the Candela is constructed from 100% carbon fiber and uses hydrofoils to lift the hull above the friction of the water to achieve high speeds. The hydrofoils also give the C-7 longer range than any other conventional electric craft, allowing the Candela C-7 to cruise for almost 2 hours at 30 mph, more than enough to cover the racetrack.

The C-7 acts as a disruptive force, sporting several innovations that set it apart from other hydrofoil boats – namely computers and software.

On the French team’s state-of-the-art F50 catamaran, multihull expert François Morvan has the demanding and delicate role of flight controller – that is, keeping the boat fast and flying at the right height. by manually adjusting dials that control roll, rudder differential, and average rudder lift.

In the Candela, the controls are handled by computers, much like in other inherently unstable craft, such as modern fighter planes such as the F-16. Computers throttle the C-7’s main hydrofoil 100 times per second, much faster than any human could react.

The result is an artificially stable and smooth ride, not quite the adrenaline rush of F50s, but also absent from the spectacular crashes that Sail GP is known for.

This is exactly why the France SailGP team will be using the Candela C-7 to provide its VIP guests with the closest possible experience to SailGP racing.

“We are delighted with this collaboration with Candela. It is the best way to provide our guests, VIPs and media with an experience that is as close as possible to what our sailors live aboard an F50: sailing at 30 knots on a boat that steals the water”, explains Bruno Dubois, Team Manager of France SailGP Team.

Ultimately, the Swedish-made hydrofoil might actually help the French score points. The newly introduced Impact League tracks the positive actions teams are taking to reduce their overall carbon footprint, helping to accelerate inclusiveness in sailing. At the end of the season, there are two podiums; the Impact League winner crowned alongside the Season Champion.

“Having Candela as a VIP boat is an important step to fulfill the Impact League sustainability criteria, to reduce the fuel consumption of our pursuit boats and our overall footprint. Now the French team takes the lead in this important area,” says Bruno Dubois.

“SailGP athletes are the best sailors on the planet, so to be able to fly alongside the French team in this epic place is an honor. It’s a great way to show that electric boats are not only as good as ICE motorboats, they can be much better,” says Tanguy de Lamotte, CEO of Candela’s US division.

ⓒ 2021 TECHTIMES.com All rights reserved. Do not reproduce without permission.