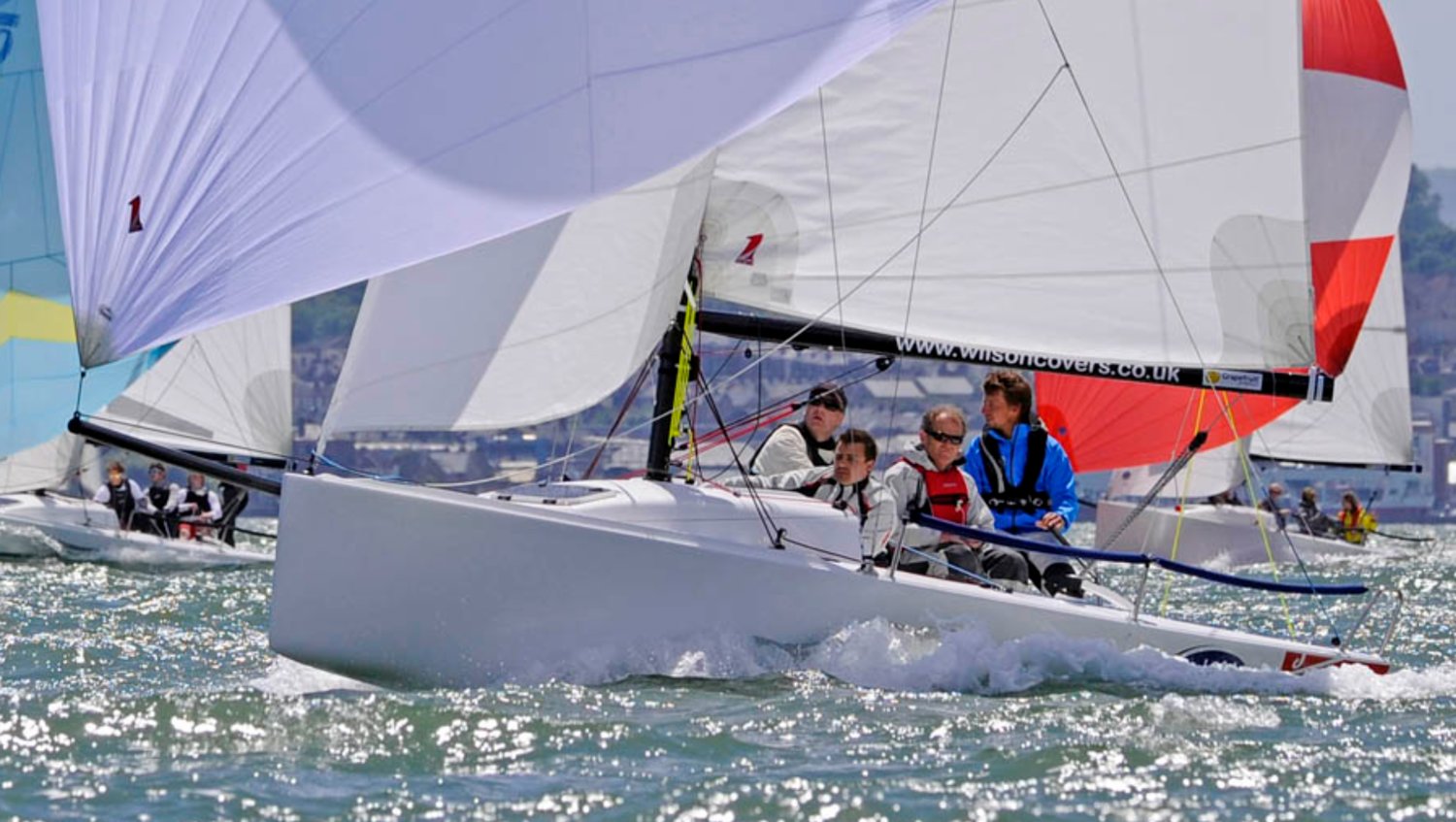 (June 16, 2022) Sailors from across the country will descend on Nantucket this weekend for the Great Harbor Yacht Club’s inaugural J/70 regatta, an up-and-coming sports boat.

The club was looking to add another regatta to the Nantucket sailing program and chose the J/70 because of its growing popularity, said Emma Conway, waterfront manager at Great Harbor.

Built for the first time in 2012, the J/70 has an asymmetrical spinnaker, which allows the boat to gain more speed. It’s a one-design boat, which means that all the boats competing this weekend are identical.

The J/70 can reach speeds high enough to surf water in an airplane, rather than plowing through water.

“They’re just fast and exciting, but they’re also not so user-friendly that it’s hard for people to access them,” Conway said. “This is why it’s growing so fast, it’s still accessible but really fun and really fast.

The regatta will feature 12 teams of four, with competitors from across the East Coast, Michigan and California, as well as local competitors.

Beverly’s Brian Keane is one of many off-island competitors taking part in the event as he trains for this year’s J/70 World Championships in Monaco in October.

Racing will take place Friday, Saturday and Sunday in the waters outside Nantucket Harbor, with a practice day today. Each day will feature three races, with sailors covering approximately four nautical miles for approximately one hour for each race.

“It’s supposed to be windy so it should be an exciting race this weekend,” said Conway.

Due to their size, the boats were either towed from Hyannis or ferried on a trailer.

“They’re just in that sweet spot of being too small to sail wherever they come from and too big that they have to come on a trailer on the cargo boat,” Conway said.

The United States Sailing Grand Prix is ​​coming to Chicago this weekend; “Going at those top speeds, it makes you feel alive”