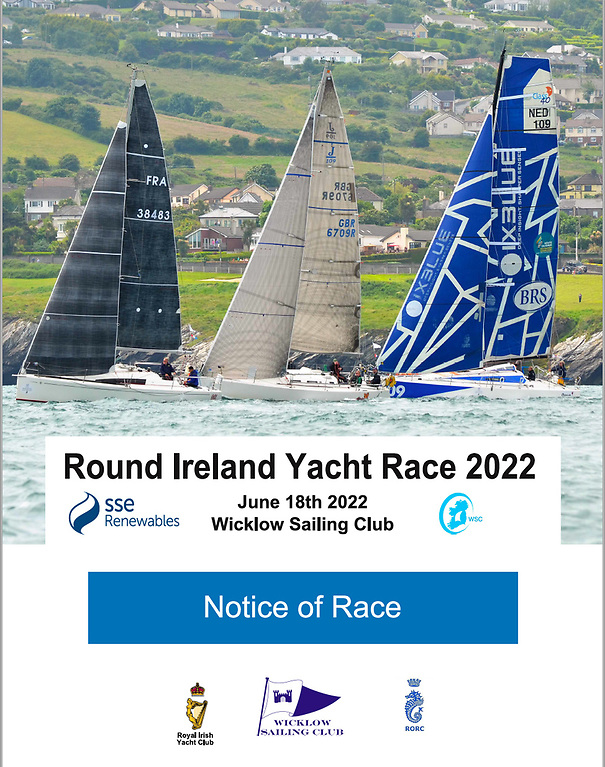 With registration opening scheduled for January 24, 2022, the first formal document for the SSE Renewables Round Ireland 2022 race was taken with the publication of the Notice Of Race document (downloadable below) by the organizers of the Wicklow Sailing Club.

The Notice of Race for the June 18 event sets out the classes to be raced, the handicap and grading system that will be used and the classes to which it will apply as well as any recent changes to offshore regulations that have occurred. significant changes as noted here.

The Irish Offshore Classic is the second longest race on the Royal Ocean Racing Club calendar. The first race took place in 1980 with only thirteen boats. Since then, organized every two years, the fleet has grown steadily, attracting a record 64 participants from all over the world.

A Mod 70 trimaran participating in the Round Ireland Race Photo: Afloat

In the past, competing boats have ranged from an old 98-foot ’round-the-world’ maxi to one-third the size club boats, with all sizes in between.

As Afloat reported earlier, an international fleet is eyeing the Round Ireland Race as it also made the Class40 calendar thanks to the pioneering efforts of race organizer Kyran O’Gorman who promoted the race in France. .

On select boats for the Sydney Hobart Yacht Race, Three’s a Crowd