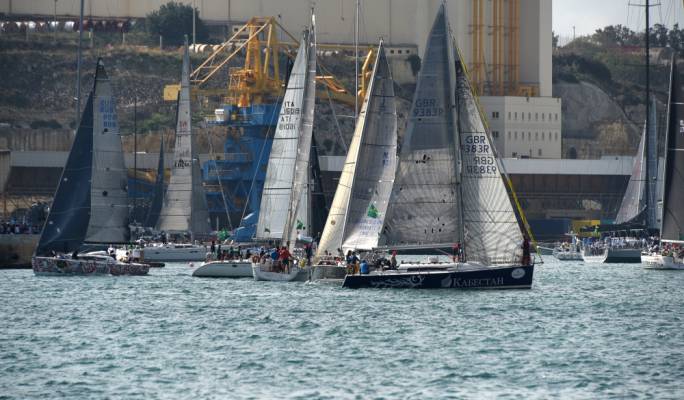 50 days before the start of the 42nd Rolex Middle Sea Race, the Royal Malta Yacht Club (RMYC) is preparing for a stellar fleet.

The latest submission of entry forms by Swedish yacht Blur and UK yacht Akouavi, brought the total of the entry list to 101 yachts representing 24 countries.

With registration closing scheduled for Friday, September 12, with the option to accept late registrations through Friday, October 1, there is clear potential for 2021 to compete with some of the pre-pandemic triple-digit fleets.

“We are absolutely delighted with the response from the offshore sailing community,” said Commodore David Cremona.

â€œ2020 has proven the popularity of the Royal Malta Yacht Club’s flagship event and our ability to race successfully under demanding circumstances. This year suggests that the popularity is stronger than ever. We are extremely grateful to the owners and crews willing to make the tremendous effort to participate despite the lingering uncertainties. In turn, we are leaving no stone unturned in our preparations for the race. ”

The current entry list is the usual polyglot of professional and Corinthian crews, multihulls and monohulls, maxi racing and small cruisers / racers.

The largest contingent comes from France with 18 registrations, including strong contenders such as the Albator by Philippe Franz, third overall under IRC in 2018, and Solenn For Pure Ocean by GÃ©rard Ludovic (10th overall the same year).

Noel Racine finished fourth overall in 2016 with a previous iteration of Foggy Dew. France’s last victory in the race dates back to 2018 with Courrier Recommended, which almost followed this success in 2019.

Italy is a long-lasting supplier of commitments, which is understandable given its proximity and much of the race taking place in its territorial waters. Italian Yachts have won the Rolex Middle Sea Race 14 times, more than any other nation, including host Malta.

In all fairness, most eyes will be on the resumption of the 2020 multihull battle between Giovanni Soldini’s Maserati Multi 70 and Ricardo Pavoncelli’s MOD70 Mana, who shared line honors and MOCRA loot in a contest. greenhouse. This year it will be a three-way fight with Jason Carroll’s MOD70 Argo, one of America’s five entries, adding spice to the highly anticipated contest.

â€œEver since the Rolex Middle Sea Race reappeared as an offshore classic in 1996, it has featured in our lives,â€ says Maya Podesta. “It’s a permanent annual fixture in our calendar, not only for the race itself, but also for the family ties it has created since we started racing with our father (Arthur) in the early years. 2000s”.

According to Aaron, despite having discovered a winning approach, preparation is never easier. â€œIt’s getting better,â€ said Aaron Podesta. â€œOcean racing is one of those sports where you have to make sure everything is organized and won’t let you down. We spend a lot of time making sure the boat is very organized.

The three Podestas are great defenders of the race and all that it offers. They are excited to attract larger and better fleets, despite the increased competition that this entails.

â€œIt takes a lot of hard work and dedication in terms of preparation, attention to detail and leaving nothing to chance to complete the Rolex Middle Sea Race, let alone win it,â€ advises Christoph Podesta.

â€œFor first-time crews participating, our best advice is to make sure you familiarize yourself with your boat and keep your eyes and ears open for changing conditions and circumstances, even while you are asleep! This is not a race for the faint hearted, but it is extremely rewarding.

Elsewhere in the Maltese fleet, the double-winning crew of Lee Satarano’s Artie III will be on the starting line, along with Jonathan Gambin’s Ton Ton Laferla Insurance, third overall in 2020, Jamie Sammut’s doubles Unica. , category winners. in 2016, and the J / 99 Calypso entered by Sebastian Ripard, grandson of John Ripard Senior – co-founder of the race and winner of the first in 1968.

Other Maltese competitors include the all new ICE52 RS Otra Vez, owned by Aaron Gatt Floridia, which last participated in the race in 2018. Andrew Agius Delicata’s Vivace will make a return to the doubles class. Comanche Raider 3 (Ramon Sant Hill), Janissah (Mario Debono), Openpayd Sekuritance Maltese Falcon II from Jonathan Camilleri Bowman as well as J109 JYS Jan and JYS Jarhead from the Jarhead Foundation round out the local roster.

British entries are also strong, with 11 to date including Andrew Hall’s Pata Negra, third overall under IRC at this year’s Rolex Fastnet Race. Rob Bottomley’s Sailplane finished fifth, in the same race, while Mark Emerson’s Phosphorus II finished sixth, suggesting a committed challenge from the British to win a race in which they have not enjoyed success since the Alegre d ‘ Andre Soriano in 2009.

The expanded fleet also includes yachts with every chance of doing well in the competition for the Rolex Middle Sea Race Trophy if they sail well and if the conditions are right.

Jonas Grander’s Swede Matador finished fourth in the Rolex Fastnet Race. Maximilian Klink’s Caro crew have the experience of the top ten in this race with their old yacht and the 52 foot boat length has proven itself time and time again.

George David’s Rambler is also hard to overlook. On his first outing in 2007, David captured the triple crown of overall victory, line honors and the race record. Continued success with online honors can be a tough proposition with the 100-foot Comanche and 140-foot Skorpios set to fight for that title, but don’t overlook the 88-foot Rambler, under time correction, though. the first days of the race are fast.