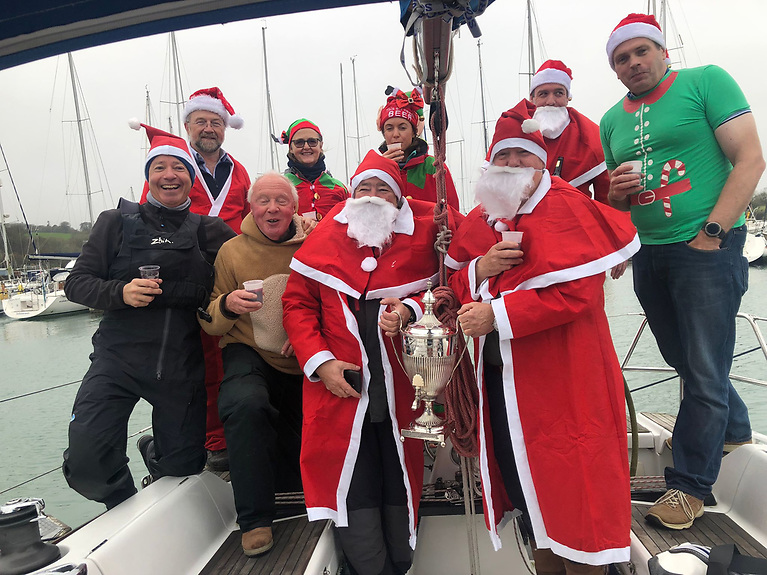 Strong winds in Cork Harbor meant the O’Leary Insurance Winter League at the Royal Cork Yacht Club ended on Sunday with no further races for the 32-boat mixed cruiser fleet.

Fiona Young’s consistent performance at the top of the IRC fleet at North Star has been recognized with the perpetual Archie O’Leary Trophy.

With seven points, the restored Albin Express had a two-point margin of victory over early series leaders Colman Garvey and Kieran Kelleher in the Quarter Tonner Diamond.

Third was Richard Leonard in his Bolero, Bandit on 13 points.

During the awards show, Young thanked the league organizers and said she takes pride in being part of a vibrant cruising scene at Crosshaven.

The coxswain also thanked her family, who she said had spent many happy hours restoring the classic during the early days of Covid in 2020.

Rear Admiral Keelboat Daragh Connelly acknowledged that people weren’t excited about the experimental use of the white sail rule just for this year’s league, but explained that it was of an attempt to put new boats on the water. â€œI saw people who maybe weren’t out so from that point of view it was a useful experience to have 32 boats compete,â€ he told the fleet.